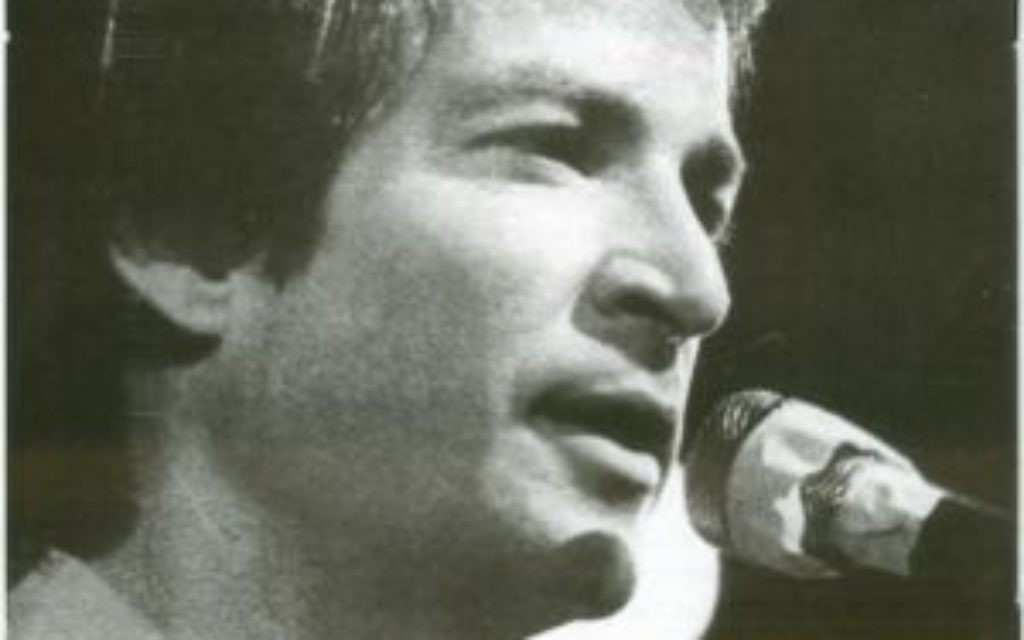 Arik Einstein, an iconic Israeli singer as well as a songwriter and actor, has died.

Einstein died Tuesday night at a Tel Aviv hospital, where he was rushed after suffering an aortic aneurysm. He was 74.

Israeli television channels halted their regular programming to broadcast clips and remembrances of the singer, whose first recordings were released in the 1960s.

Fans holding a vigil outside the Sourasky Medical Center cried when the hospital’s director general, Dr. Gabriel Barbash, announced that Einstein had died.

He was known as Israel’s version of Frank Sinatra because of his longevity and impact on the country’s musical culture.

Einstein has not performed in front of an audience since the early 1980s following a road accident in which he was seriously injured.

His first album, “Shar Bisvilech” or “Singing for You,” was released in 1966. He was part of the rock band The High Windows with Shmulik Kraus and Israeli-American Josie Katz. He also formed the Lool, or Chicken Coop, comedy troupe.

Among his best-known songs were “Ani Ve’ata,” or “You and Me”; “Atur mitzchech zahav shachor“; and “Sa Le’at,” or “Drive Slowly.”

“Ani Ve’ata,” also known as “You And I Will Change The World,” became an Israeli anthem. During the 1996 elections, talk show host Dan Shilon, with pop star Ofra Haza, persuaded political rivals Benjamin Netanyahu and Shimon Peres to sing a verse of the song together on live television.