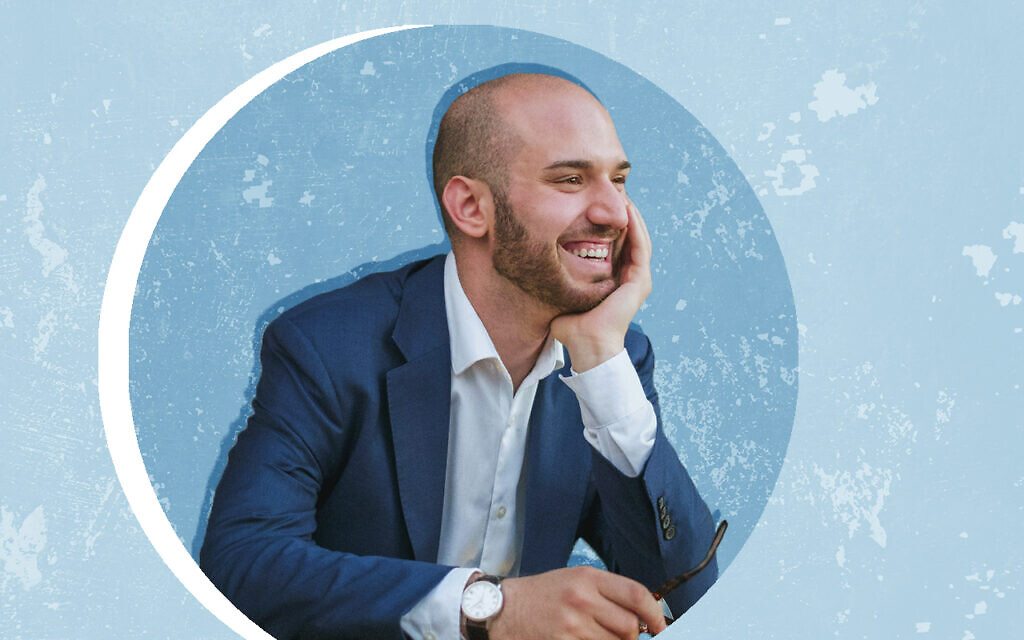 I am an actor, director, singer and Jewish activist seeking to make Judaism in all its forms accessible to everyone. My solo show, “A Celebration of Jewish Broadway,” has had three sold-out performances at the historic Birdland Jazz Club in New York, the most recent of which featured six-time Emmy and Tony nominee Tovah Feldshuh. In 2020, I received a Manhattan Association of Cabaret Award nomination for Best Male Vocalist and won the BroadwayWorld Award for Best Live Zoom Performance. I am also the founder of Bridging the Gap, a multi-week course focusing on bridging the gap between musical theater performance and the intimate art of cabaret.

How did the pandemic affect your work?

During the pandemic I shifted from full-time performer to part-time performer and full-time Jewish activist. The theater industry shutting down put my work as an actor, teacher, and director on hold and forced me to focus my attention elsewhere. I began to spend more time using social media to inform and educate others about the rise in antisemitic hate crimes and the importance of including Judaism in your activism. On Yom Hashoah, I posted one fact every hour to raise awareness and make Holocaust education accessible for Jews and non-Jews alike. I would light the Shabbat candles every Friday night to create a space for Jews who were quarantining to celebrate Shabbat, as well as providing a space for non-Jews to experience the beauty of Jewish traditions.

The American musical is an art form that was created by and is sustained by Jews. Broadway was created by Jewish immigrants, or descendants of Jewish immigrants,  who came from places where they didn’t belong and came to a place where they felt they didn’t belong. To continue that legacy and shed light on that legacy by educating others fuels everything I do as an actor, singer, director, and teacher. My Jewish identity can be summed up in one sentence: to give voice to the voiceless. By teaching, singing, and acting, I am stepping into the spotlight for all of the people who, for whatever reason, feel as though they cannot.

In one sentence, what was your best experience as a Jewish New Yorker?

Going to synagogue after the Pittsburgh shooting and feeling a ruach and a sense of community I had never felt before.