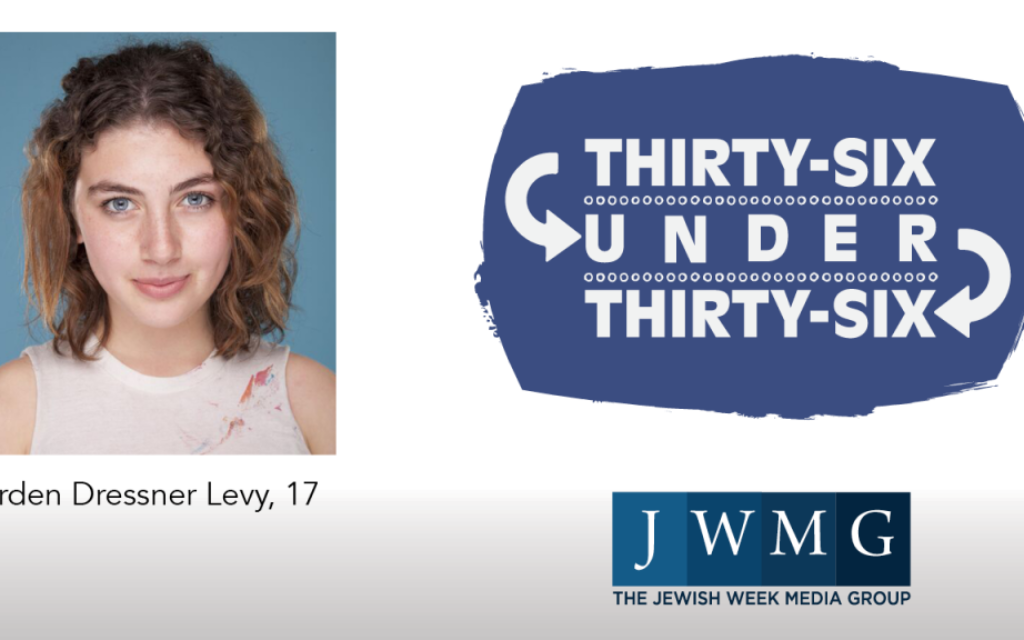 At the age of 17, Arden Dressner Levy has already helped get legislation passed that directly impacts local teens. Last year, she testified in front of City Council supporting a bill to increase access to sexual education in city public schools.

“I just want to make myself useful in any way I can,” the high school senior said.

She also volunteers for the American Civil Liberties Union — where she lobbies state senators on criminal justice reform — and with NY2X, a youth-led activist group focusing on food justice and economic inequality.

“I’m lucky to have grown up in New York City feeling safe as a Jew, but I know that’s not something I should take for granted,” she said.

Recently, she participated in the NYC Women’s march last November as well as several protest marches following Trump’s proposed immigration ban. It was the grassroots dissent, and particularly the lawyers who helped delay it, that helped her envision her future.

“That’s what I think empowered young people should be aiming to do,” she said, “Act as checks and balances for people in authority.”

Her grandmother’s journey, like so many Jews, from Europe to the United States, motivates her activism. (Her grandmother’s parents fled Germany in the late 1930’s. They ended up in Argentina, where much of her family still lives. Her grandmother later came to the United States at the age of 18 to marry her grandfather, a young man from Brooklyn.) “Understanding the path that many generations of Jews took to get me where I am …  and the many different historical and social contexts that they had to live through is very motivating.

“I feel a debt to our people, given our history,” she added, “I think I should be doing something to help others feel secure, and further their opportunities.” ​

Drama geek: Arden loves theater and is the dramaturg in her High School’s theater program. She most recently produced with a revival of Arthur Miller’s “All My Sons.”