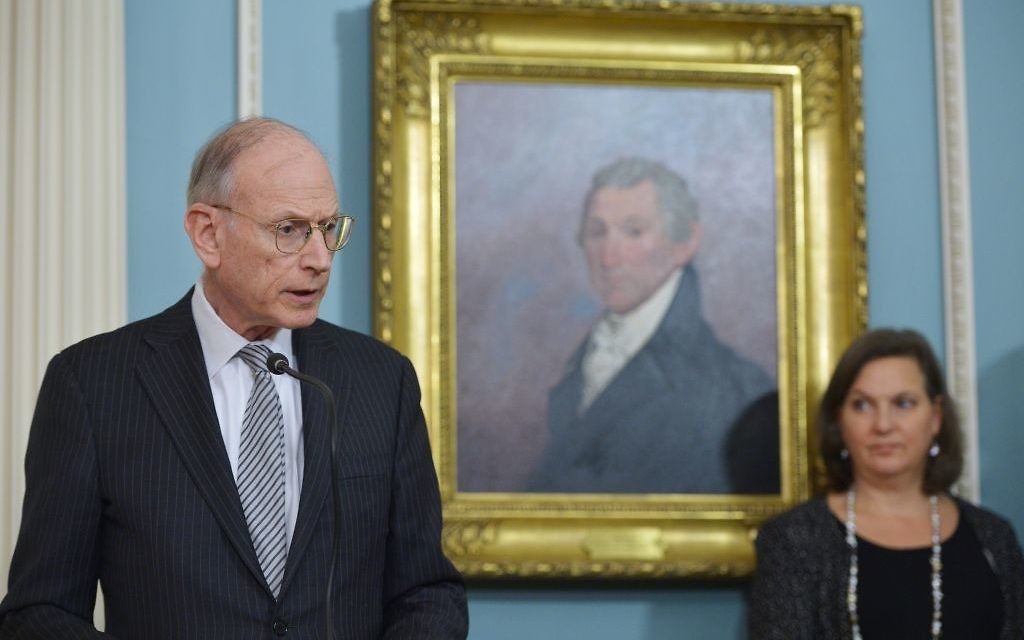 The U.S. State Department began accepting applications this week for restitution payments to Holocaust survivors who were transported to Nazi concentration camps by France’s national railroad. Nearly a year ago, France negotiated an agreement with the U.S. to pay them $60 million.

Applicants are required to apply to the State Department, which is administering the fund, at an online website, www.state.gov/deportationclaims. Their hotline number is (202) 776-8385. The deadline for filing is May 31, 2016.

Although negotiated with the U.S., the agreement covers all survivors and their heirs worldwide except those who are entitled to make claims to an existing French program — citizens of France, Belgium, Poland, the United Kingdom and the former Czechoslovakia.

Eligible survivors are those who survived the deportation by the railroad, Societé Nationale des Chemins de fer Francais (SNCF). They are each expected to receive more than $100,000.

Spouses of deceased survivors are also eligible to receive a payment — even if their spouse died in a concentration camp. It is expected that they each would receive tens of thousands of dollars.

Estates of eligible survivors and spouses who died after 1948 are also eligible to receive restitution, with the amount dependent upon the year the survivor or spouse died. Those whose relatives lived the longest would receive the most money.

Stuart Eizenstat, the U.S. government’s special adviser for Holocaust issues, said what makes this agreement “unique” is that it pays heirs of those deported, something that was not included in most other restitution agreements such as that for forced laborers.

“This is also the first time where a government has given us a lump sum and given us discretion in administering it,” he said in a conference call with reporters. “It gives us flexibility in making payments, and so people do not need to show they suffered any disability” because of the deportation.

Although the agreement was hammered out last December, it was not until July 9 that the French Senate approved it. French President Francois Hollande signed it into law July 24, and the $60 million is scheduled to be transferred to the U.S. by Nov. 30. The agreement provides France with “legal peace” from any Holocaust-related litigation involving the French railroad deportations.

Eizenstat said it is expected that “several thousand” people will file applications. He said full payments would be made to them as soon as possible after the May 31 filing deadline. The amount each recipient receives depends in part upon the number of eligible applications submitted.

Asked about those who had one or both parents deported by the French railroad and neither parent survived the Holocaust, Eizenstat said they would be eligible for payment under a different French program started in 2000 for orphans if they were under the age of 21 at the time of one or both of their parents’ deaths. They receive a lump sum payment of about $33,000 or monthly payments of $650.

In gathering proof of their deportation on the French railroad, Eizenstat said applicants may check the railroad’s archives for information about the deportation and a link that might lead to a partial list of those who were deported. The website is www.evenement.sncf.com/sncf.com/archives-documentation.sncf/?lang=ENG.

Even if their name is not there, he said, other forms of proof would be considered.

“For decades, survivors and family members of those who perished have attempted to hold SNCF accountable for its active role during the Holocaust,” he said in a statement. “However, it has continued to dodge responsibility for its collaboration with the Nazi regime.”

During World War II, Schumer pointed out, the assets of SNCF were requisitioned by the occupying German forces and used to transport victims to concentration camps in France and Germany. Although forced to collaborate, SNCF sought and received payment from Germany and France both before and after liberation — and even charged the Jews they were transporting in cattle cars for third-class tickets.

Jonathan A. Greenblatt, CEO of the Anti-Defamation League, issued a statement commending the agreement. He said its “timely implementation … reflects a commitment to urgently help victims who were excluded for decades from the French Holocaust victims’ compensation program. No amount of money could ever make up for the horrific injustice done to these victims and their families. But agreements like this provide some modest redress, an acknowledgement of their pain.”

Barbara Weinstein, director of the Commission on Social Action of Reform Judaism, said in a statement that “more than 70 years after the end of the Shoah, this fund reflects the fact that nations continue to have a responsibility to those who suffered under the Nazi regime. We will work to ensure that individuals within and beyond our movement who are eligible to receive compensation learn about the program and access it fully.”