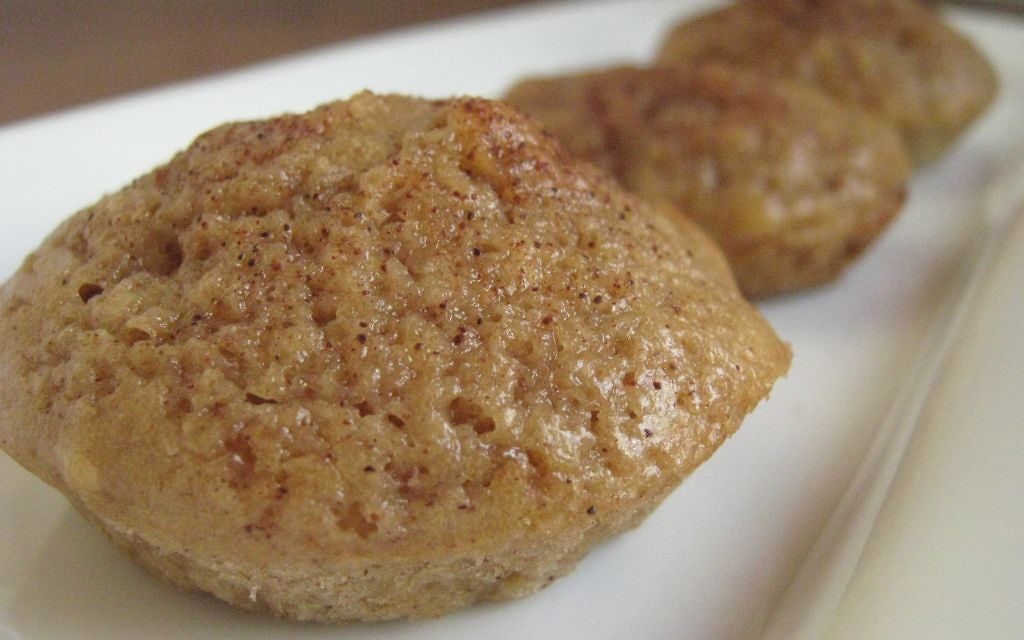 I've spent 8-12 hours making certain desserts, and I can honestly say I love it. But there are plenty of times I am sick of the kitchen, and would prefer to whip up something that takes about 15 minutes. Enter these muffins. With the fall-friendly flavors of apples and cinnamon and the ease of mixing everything in one bowl with a whisk, you'll make these again and again.

I like to grate the appls so the flavor is spread out evenly across the muffin and there are no big chunks of apple – but you can do it either way. If you do use grated apples, squeeze out some of the moisture from them before mixing in so there isn't too much added liquid.

Stir together the flour, baking powder, salt, cinnamon and sugar. Make a well in the center and add the egg, oil, vanilla and milk, whisking together until just combined. Stir in the apples until just mixed.

Divide the mixture up among 12 paper-lined muffin cups. Mix together the coarse sugar and cinnamon and sprinkle a little on the top of each muffin. Bake at 375 F for 15-18 minutes.