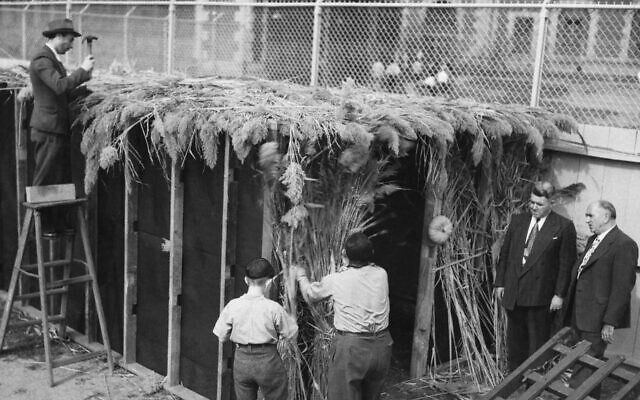 The first sukkah built on Ellis Island is constructed by the Hebrew Immigrant Aid Society, circa 1948. Watching (right) are Robert F. Smith (on the left), “supervisor of detention” at Ellis Island, and William Neubau, HIAS director on the island. This year the holiday ends Monday evening. (Photo by FPG/Archive Photos/Getty Images)

CAUGHT ON CAMERA: The NYPD posted surveillance photos of a man who allegedly snarled “Kill all Jews” at a man standing in front of an Orthodox synagogue in Borough Park on Sunday. (New York Post)

HAVE A HAART: Netflix is bringing back “My Unorthodox Life,” the reality series about a formerly Orthodox fashion mogul and her family. (JTA)

DIPLOMACY: Greece’s Prime Minister Kyriakos Mitsotakis, in town for the U.N. General Assembly, is scheduled to meet today with the president of the American Jewish Committee, David Harris. (ekathimerini.com)

CROSS COUNTRY: Hasidic bakers from Brooklyn traveled to Oregon this month to inspect and purchase the grain they’ll need to begin baking Passover matzah over the winter. (Wallowa County Chieftain)

Richard William Lachmann, a professor of sociology most recently at the University at Albany, died Sept. 19 of a heart attack. He was 65. The New York native and resident was the author of multiple award-winning books, including “Capitalists in Spite of Themselves,” an economic and social history of early modern Europe. 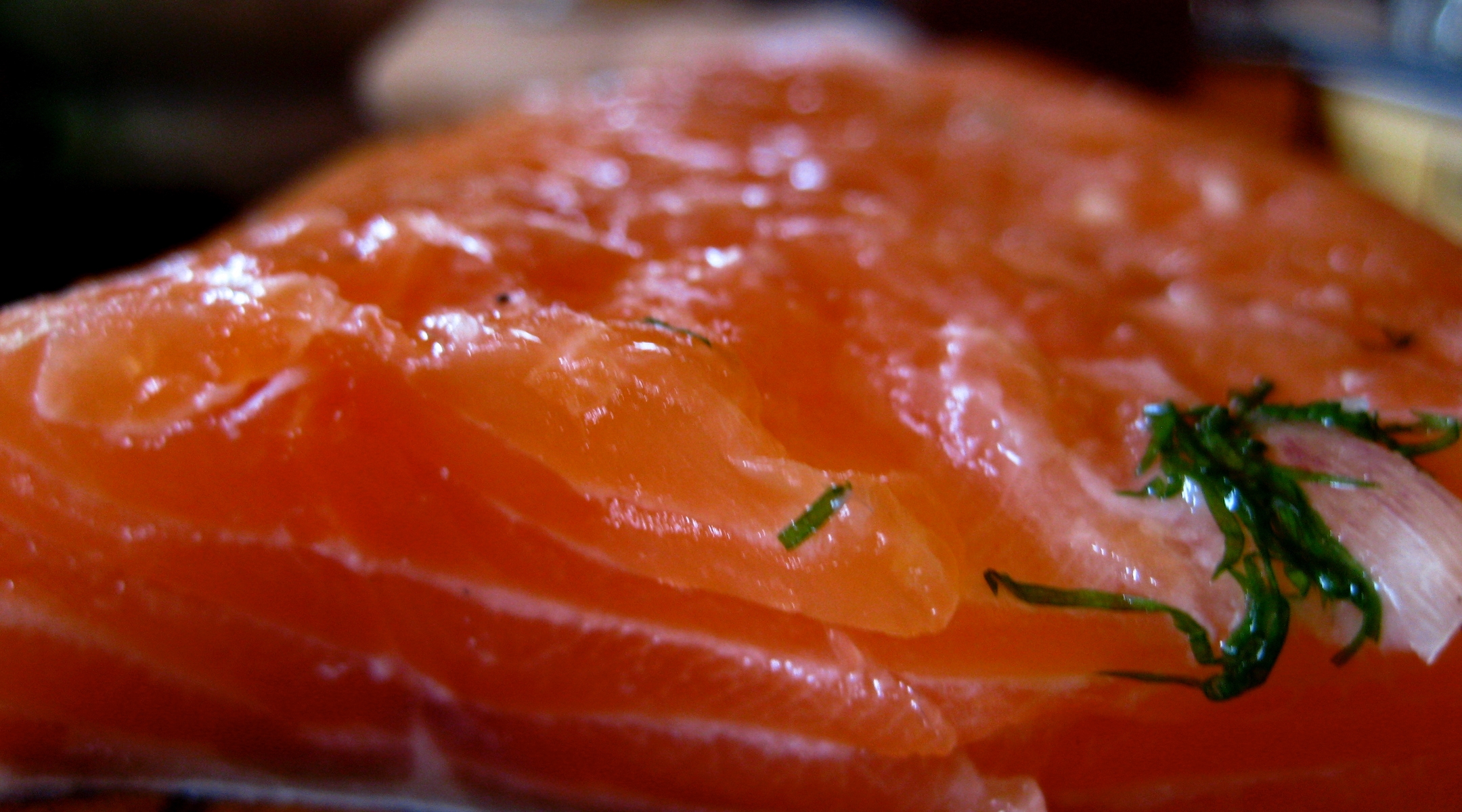 When did lox become the symbol of Jewish luxury? The answer teaches an important lesson in the value of moderation in an over-heated world, writes Andrew Silow-Carroll.