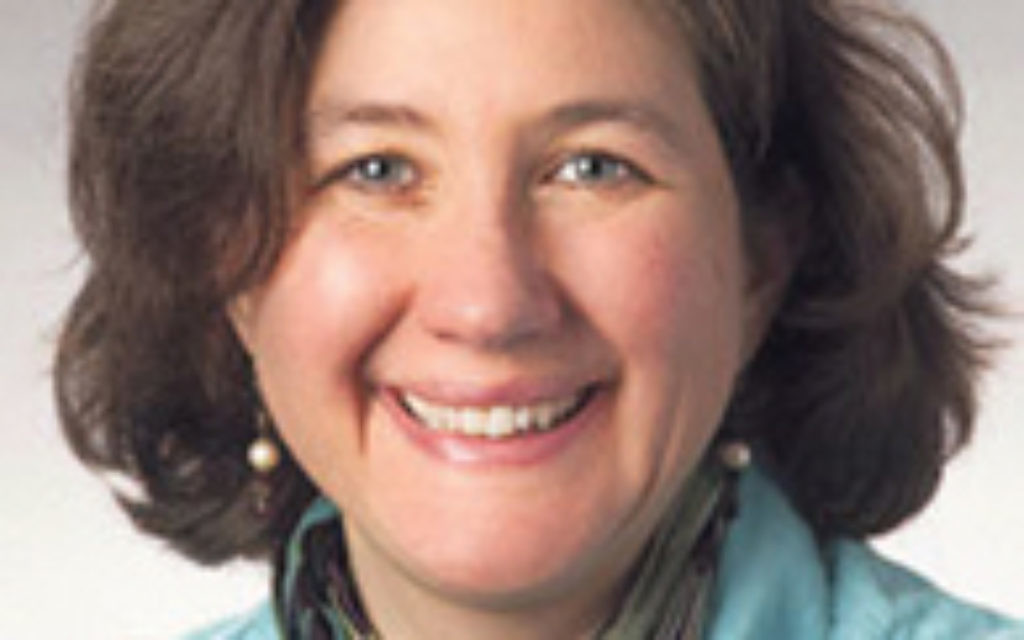 I’ve always been bored by anti-Semitism, contemptuous even, of those who look for it everywhere and then find it. If you look hard enough, you can find anything you want. Anyway, it always seemed to me a thing of the past.

I heard my grandparents’ stories. As an undergrad at the College for Women at the University of Pennsylvania, class of 1936, my grandmother was told she could never get a teaching job in the Philadelphia school system as one of the Semitic persuasion. Anti-Semitism was something she continued to make me aware of. One of my strongest childhood memories of my grandmother’s house is seeing the newspaper clipping from 1975 reporting on which countries voted for and against the “Zionism is racism” resolution at the UN hanging on the side of their fridge. I stared at it every time I came to their house, to know who is for and who against us as a Jewish nation.

Beyond my family, an illustrative story is from English literary scholar Stephen Greenblatt, whom I interviewed when his book “The Swerve: How the World Became Modern” won a National Book Award in 2011. As a student in fall 1961, he was asked by his English professor to be his research assistant. In order to get paid as a student worker, Greenblatt, who related the story in his book “The Greenblatt Reader,” had to sign up as a bursary student at the financial aid office. When he got there to fill out the forms, the man working there said, “Greenblatt, isn’t that a Jewish name?” and stated he was “sick and tired of Jews who are coming into this office after they’re admitted and trying to wheedle money out of Yale University.” Greenblatt told me in a phone interview that he wasn’t that upset because he saw the clerk’s anti-Semitism as a vestige of the past, and he felt the “trajectory of history” was in his own favor, that the world of genteel anti-Semitism and Jewish quotas the man represented was “finished”; he added, “in the long run, I knew I was correct.”

And that is how I’ve always seen it.

Now, the security guard at my daughter’s Jewish day school accosts me when I bring her forgotten running shoes in the middle of the day — a teacher takes them from me to bring into the building and somehow they don’t get to her. I didn’t even know there was a guard during the day until now. I am frustrated my child doesn’t get to run in her sneakers indirectly because of anti-Semitism. The guard was installed last winter after the Hyper Cacher shooting in France.

I’m quite sure I no longer have the luxury of laughing off those who find anti-Semitism everywhere as misfits bringing the attitude on themselves, or about something not relevant to my life. I worry about living in a world where my spouse thinks about whether friction at work is a personality clash or raw anti-Semitism. Where I wonder why a pitch about writers in Israel to a general interest literary magazine is of little interest even when the writers are world-class and worth covering. Where I worry about my college-age daughter and her peers’ experience on campus when across the country Jewish students in student government positions are questioned about their “dual loyalties” if they are active in Jewish organizations, as has happened at Stanford and UCLA as well as other colleges in the past year. When I got a review copy of a new recent book about anti Semitism, “The Definition of Anti-Semitism” by Kenneth Marcus” (Oxford University Press), I found myself opening and reading, wondering when I would next be faced with it — or have a child face it.

I want to feel “Judaism accesses full humanity — positive, negative,” which was my take on Jewish identity for a six-word memoir contest a few years back. I was guided by a belief that there is wisdom in the Torah and in the laws emanating from it: the value of being able to pay attention to those around one on Shabbat; the compassion for life hopefully generated by the conscious focus of the kosher laws; and the spiritual concentration made possible by regular prayer. My six words were not about proving that we have a right to exist or are better or worse than anyone else.

But I think I, and the rest of us, need to start spending more time fighting anti-Semitism, which is no longer a thing of the past, to be able to find the meaning we are seeking in Judaism.

Beth Kissileff is a writer and journalist, editor of “Reading Genesis” (Continuum 2016) and author of “Questioning Return” (Mandel Vilar Press 2016).