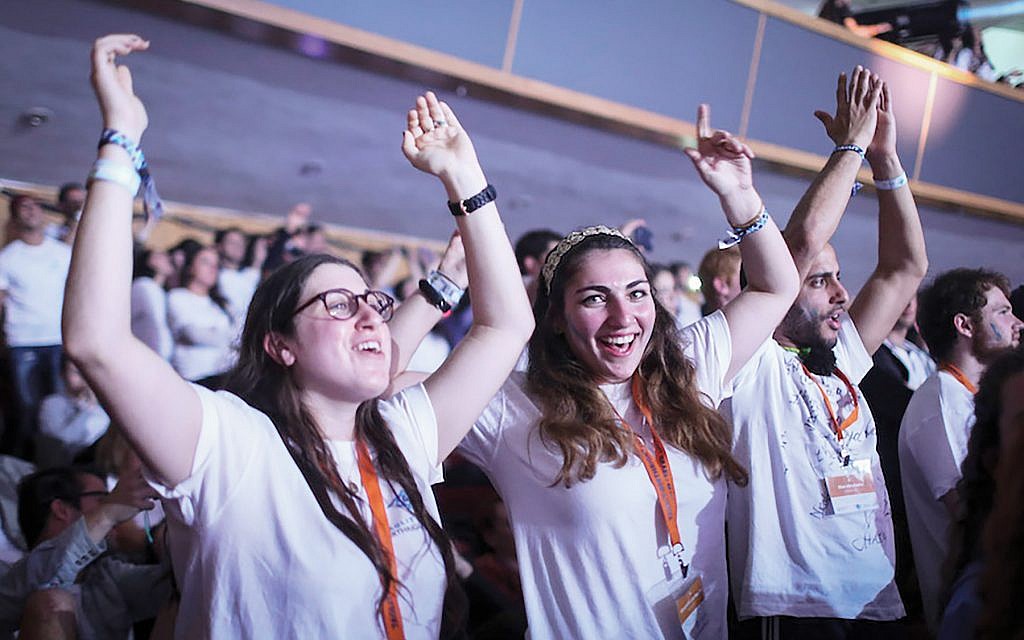 Over the last year, young Jews from the diaspora have been staging protests against Birthright Israel for not engaging in debates about the Israeli-Palestinian conflict. They protest by attending the free 10-day trip to Israel and walking off in the middle, often after approaching the staff in a heated exchange, caught on tape by a fellow activist.

In response, earlier this month, the organization added a clause in the contracts that participants must sign that forbids “any attempt, by any individual or organization, to manipulate [the] open climate” of the trip. Since then, an American approached a tour guide on a bus as a Birthright group passed Israel’s security barrier, barraging him with questions and comparing it to the proposed wall between Mexico and the U.S. As one of the women, Emily Bloch, told The Jewish Week, “He talked a little about it without mentioning the effect the wall has on the lives of Palestinians. He talked for a long time about what the wall meant for Israelis and why it was erected. He said crazy terrorists would come across the border. … I asked if we were going to hear any other perspectives; I wanted to hear what life was like for Palestinians. … He said he didn’t know of anyone who would be able to do that.”

Shortly after the incident, which included a skirmish over the filming of the trip, Bloch and two partners were asked to leave the trip. 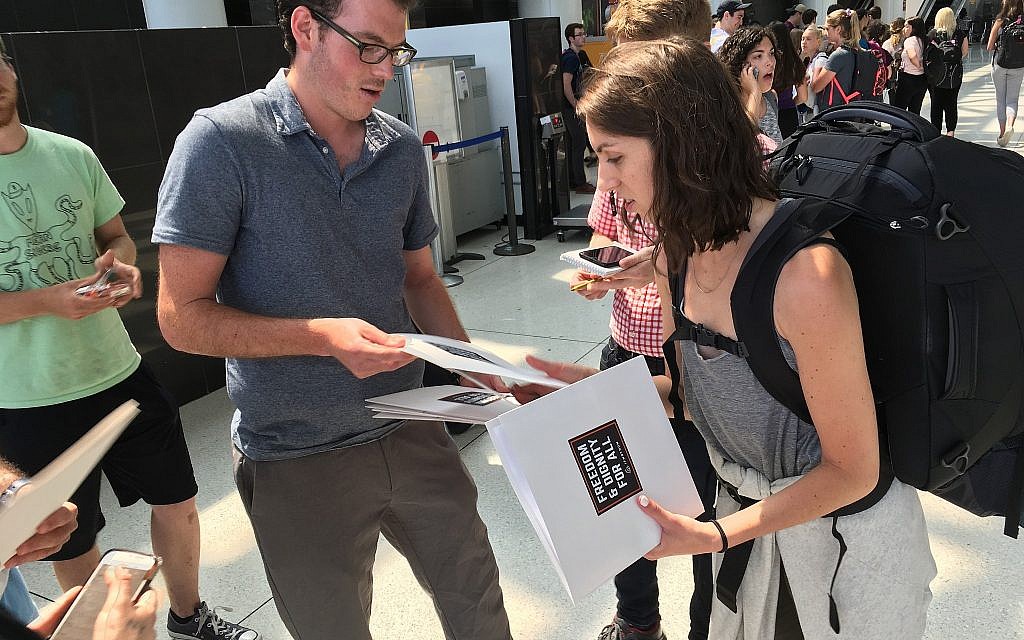 While she didn’t walk off, the public act was very similar to other actions taken by members of the anti-occupation group IfNotNow. Volunteer participants take a free, all-expense paid trip, with full knowledge of the perspective, and, when unhappy with what they receive, reject it. There is a certain air of entitlement in this activism.

The Birthright program has been offering trips since 1999. Every young Jew knows that they will hear a pro-Israeli story from a program that is partially sponsored by the state. Other countries have programs like Birthright. Indeed, I hope to go to a state-sponsored trip to Morocco this summer, but I don’t expect to hear about its human rights abuses. It’s just pragmatic; what country would advertise to subsidized visitors problematic actions that have happened and might be continuing? The narrative sold on Birthright trips is well-known, even lampooned in Comedy Central’s “Broad City” over a two-episode arc.

Then there is the false equivalency linking the Mexico/U.S. border wall with Israel’s security barrier. The administration’s treatment of illegal immigrants and asylum seekers is different than the way Israel administers its security wall. Israel is not separating children from their parents; the Mexico wall is for people breaking into the U.S. to earn a living. The security wall is there to protect Israelis from terrorism. Although both walls have their benefits and problems, the comparison ultimately is reductionist and simplistic. To wield it on a Birthright trip harms debate.

Another issue raised by the actions of IfNotNow members is that of an “open climate” for discussion and debate. Trips aren’t just one guide talking to a silent audience. There are conversations — between participants, between Americans and soldiers, between guides and visitors. Exchanges occur in a variety of places, and nuance has a role in those unstructured conversations. Meaningful dialogue happens late at night in Bedouin tents, on Shabbat afternoon walks in Jerusalem and in between hugs after a Yad Vashem visit. Maybe the soldier the Birthrighter meets might not be the person they expect. Maybe the young woman doing intelligence work doesn’t hate Arabs after all. These trips offer opportunities to go way beyond media stories, both pro- and anti-Israel.

Recording conversations and altercations in support of either side ruins that climate. Whether it’s to prove that Birthright erases Palestinian narratives, or to prove that Jewish Voice for Peace hates Israeli Jews, “gotcha activism” kills any semblance of honest, healthy and open dialogue.

Today, @ifnotnowboston spent time at Logan Airport to talk with folks going on the @CJPBoston @birthright trip! Turns out, folks here aren’t big fans of Sheldon Adelson or the fact that he’s a funder of #Birthright … #NotJustAFreeTrip [Image Description in Comments]

Cameras pose a problem in this regard, as well. At its best, citizen activism is important as it holds powerful people accountable. But that’s not what’s happening here; Birthright critics are posting to Instagram to show a secret to the world — that young Jews are being inculcated into Zionism. This version of storytelling is a monologue, telling one narrative without leaving room for another. Honest dialogue happens off-camera, between two groups, when the world isn’t being shown a hero or villain. Conversations don’t have good guys or bad guys. They have speakers and listeners. Call-out culture produces toxic environments without any winners. “Likes” and retweets don’t foster a rich back-and-forth.

Short Instagram clips of heated exchanges on tour buses are as problematic as perfectly curated, sexy Instagram posts by Birthright officials from Tel Aviv beaches or mountains, where young attractive people drape themselves in Israeli flags. Both parties publicize images used to push an agenda, which is to be expected. They’re not insidious per se, but rather savvy tools to sell a narrative.

In the end, IfNotNow activists are acting in a way that is harmful to the marketplace of ideas and the idea of open debate that they profess to value. There is value in a safe space for opinion as well as the freedom to express those thoughts, but all actors have to come to the table with intellectual honesty. Without that, the conversations will be stalled and each side will remain mired in its trenches.