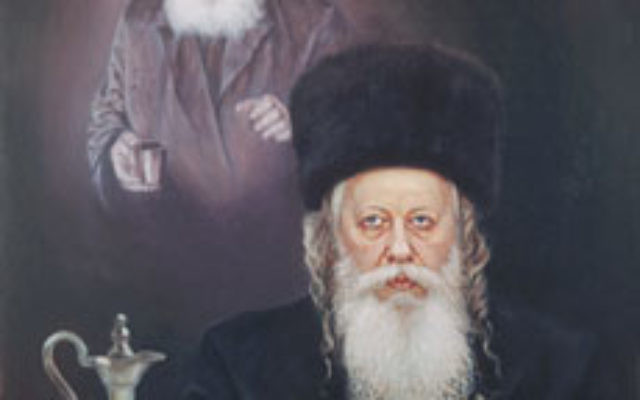 My email inbox and Facebook news feed were inundated in recent days with a link to an article in Tablet, “The Traveler’s Prayer” by Miriam Mandel Levi, which I strongly recommend. This thoughtful and moving essay by a ba’alat teshuva [returnee to the faith] of 25 years living in the environs of Jerusalem, concerns – spoiler alert from here on in – the author’s recent experience of being stuck in a parking lot for more than 30 minutes because the exit was blocked by two cars whose owners were nowhere to be found. When they finally appeared, one was a Ger chasid and the other the driver of the Ger Rebbe accompanied by the Rebbe himself.

The reader feels the author’s frustration as she experiences being locked in the lot, unable to take care of her errands and beat the afternoon traffic out of Jerusalem. Frustration turns to anger as the first chasid rudely ignores the author, then chastises her. And anger then morphs into incomprehension at the actions, actually non-actions, of the Ger Rebbe when the author, loudly expressing her pent-up anger, is barred by the Rebbe’s chasidim from directly confronting him. Ms. Levi, defeated and humiliated, returns to her car and inches out of the lot and down the block in a convoy headed by the Rebbe’s car.

And then the denouement. As the author sits in her car, a chasid runs down the block, motions for her to lower her window and conveys this message from the Rebbe: “He [realizes] he delayed you. He wasn’t aware that his driver had blocked the exit to the parking lot. He apologizes and asks your forgiveness.” Ms. Levi, understanding that the Rebbe was “the one person . . . behaving in the way we were supposed to, with sensitivity and compassion, in the image of God,” was mollified and replies to the Rebbe’s emissary “Thank you; please tell the Rebbe that I forgive him.”

A perfect Yom Kippur story (and it was on Yom Kippur that I read it); a story of sin, repentance, apology, and acceptance – the main themes of Yom Kippur – all nicely rolled up into one.

And yet. After heaving a sigh of relief of not being disappointed by the actions of an important Jewish leader, I thought of the many stories, obituaries and eulogies I heard over the years about various gedolim (great rabbinic figures) whose care and concern for all were, we were told, legendary.  One learned the names of his yeshiva’s maintenance staff and always greeted workers kindly by name; one never failed to say a warm thank you to the toll collector as his driver crossed the bridge. Admirable traits and actions, indeed.

And yet. As I grew older, I began to realize that these actions and traits, as worthy as they were, were not those of leaders or great people. While certainly kind and polite, they were human traits, the ones my parents taught me and I tried to pass down to my children; they were values shared by decent people of all cultures and religions; they were simply the ways civilized human beings interact with their fellows. Nothing special reserved for leaders and role models.

So I tried to imagine what a true leader would have done in that dusty Jerusalem parking lot. Wouldn’t he (and since we’re talking about a Rebbe, it’s a he) have exited his car and, notwithstanding his community’s reluctance to engage in mixed gender encounters, expressed his apology publicly, personally and directly?  Just imagine the impact that this, perhaps small, gesture would have made both on his chasidim, including those who would later hear about it. Just imagine how email inboxes and news feeds would have been inundated by the tale of a Rebbe apologizing for a mistake directly to a woman, in the public arena.

Leadership is an amorphous quality and has many definitions. The late Michael Hammer, a dear friend, once told me that the difference between a manager and a leader is that a manager gets you to do what he wants you to do, and a leader gets you to want what he wants. Having an emissary convey an apology was certainly the right thing to do and meets general standards of civil behavior. However, going against one’s societal norms to publicly apologize for an error and seek forgiveness could have done so much more: It could have had the ability to make the Rebbe’s chasidim want to do the right thing and act in a civilized manner.

Ms. Levi’s poignant story had a satisfactory ending. It could, however, have had an uplifting and inspiring one.