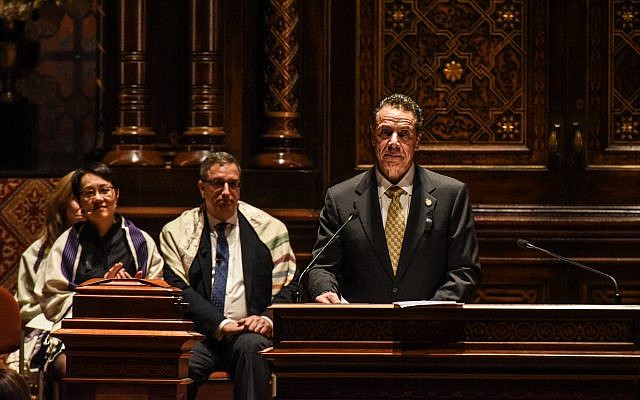 On the evening of Oct. 30th, I crossed the street to 55th and Lexington Avenue and saw the largest crowd I’ve ever seen waiting to enter a synagogue. So many people, Jewish and non-Jewish, were waiting outside in the brisk October air to enter the doors of Central Synagogue. Everyone was surrounded by a human barricade: a line of policemen encircling the exterior of the synagogue. In one moment, I simultaneously felt so secure and so endangered.

Though I do not belong to Central Synagogue in Manhattan, when I learned of the interfaith vigil the synagogue was hosting in response to the Tree of Life shooting in Pittsburgh, I knew I had to attend the event.

As I made my way through the doors of the sacred temple, I looked up, down, forward, backward, to my right and to my left. And all I saw were people. On the bima stood the most prominent leaders in New York City, all of whom had come to stand in solidarity with the Jewish community. On all sides of me, people affected by this hideous act of violence sat mourning the most deadly anti-Semitic act in American history. 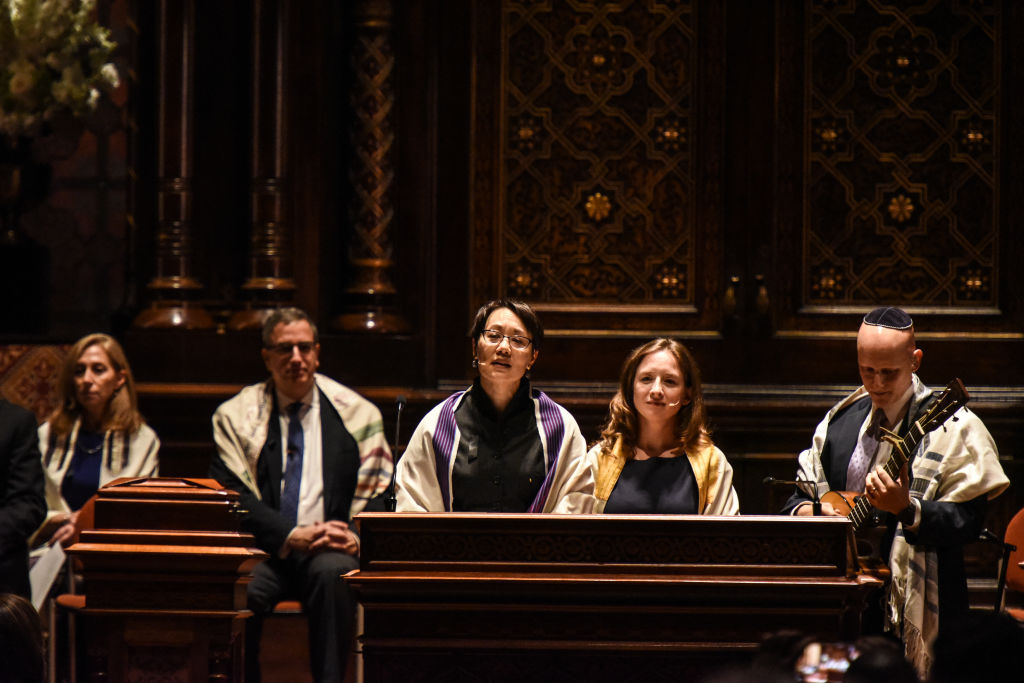 Rabbi Angela Buchdahl (center) speaks at a vigil held at the Central Synagogue for the victims of Pittsburgh Synagogue shooting. Getty Images.

The service appropriately began with music. In painful times it is music that brings communities together; it is music that provides an outlet to understand, to cope and to heal. Rabbi Angela Buchdahl, Cantor Daniel Mutlu and Cantor Julia Cadrain lifted their voices to welcome us all into Central Synagogue, a place of healing, of prayer and of love. Following the music, Rabbi Buchdahl began the vigil with a discussion of the hate that has penetrated American society. She asked us all the most important question we can ask at this time: “how do we make sure that love wins?”

Andrew Cuomo, governor of New York State, followed Rabbi Buchdahl with words of his own. He employed a powerful metaphor, declaring that we are at a point in history where we are standing in a field of dry grass with sizzling embers on all sides of us. There is a gust of wind heading towards us, and it is our job to stomp out the embers before they turn into flames. Cuomo’s words were a call to action, and he enforced that we all had the power to get rid of hatred before it further engulfs our society. 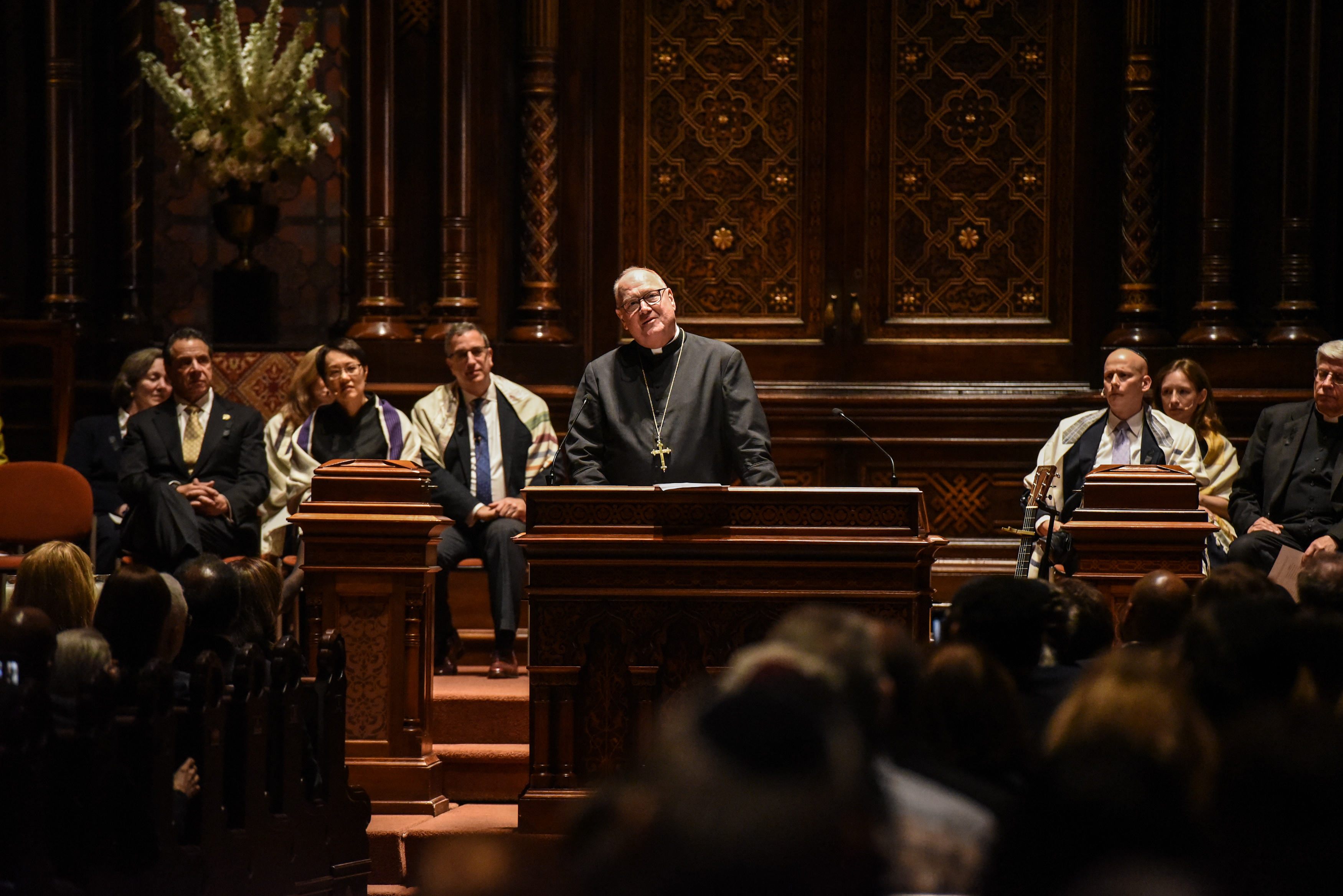 Archbishop Timothy Dolan came to the vigil to stand in solidarity with the Jewish community. Archbishop Dolan gave a simple, powerful speech. He stated that during Sunday Mass at St. Patrick’s on the morning of Oct. 28th, the gospel sang the words “it was the Sabbath, and Jesus went to the synagogue to pray.” I heard these words and I, like those at St. Patrick’s, and like all those sitting at Central Synagogue for the vigil, was shocked. Those twelve words held so much power. I was moved by the presence of the archbishop: to see the highest Catholic leader in New York show up to tell me, to tell the thousands of other Jews in New York City, that he supports our faith and our community, demonstrated that our country is capable of reaching a state of peace.

Later on in the service, five New York City leaders of different faiths stood together at the bima to sing a song about building the world. Each sang in his or her respective religious language, and each declared unity and strength. Olam chesed yibaneh. We will build this world from love. The words of the song had potency within themselves, but hearing them sung together by people who speak different languages and come from separate customs and beliefs made their meaning all the more powerful. 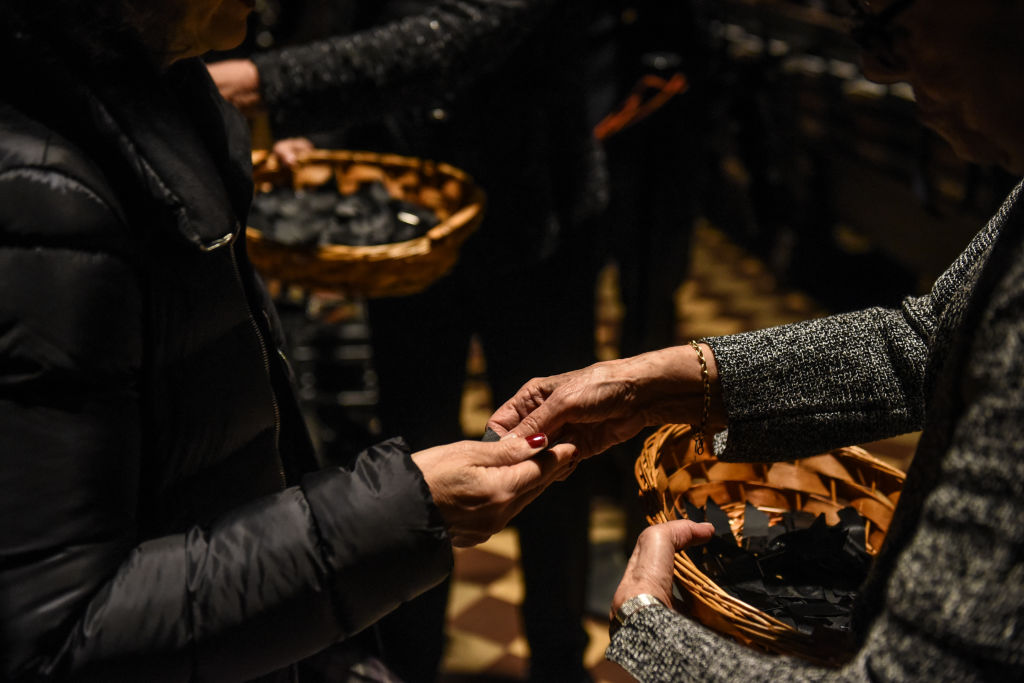 When I entered the synagogue, I was handed a black ribbon. According to Jewish mourning customs, clothes, or ribbons, are shredded after the passing of a family member or significant individual. The victims of the Pittsburgh shooting were nothing short of significant individuals—not only did each of them play an important role in their own families and communities but each of them, on their passing, became a victim of anti-semitism in America and, as Archbishop Dolan stated, became people “whom we all now considered family.” I ripped my ribbon and the tearing sound echoed what had torn within me and the national Jewish community the days following the shooting. In accordance with Rabbi Buchdahl’s instructions, I did not tear my ribbon all the way. I left a part untorn to show that there is space for healing. The uneven strings of the lower half remind me of the pain and destruction that was caused on Oct. 27th, 2018, and the smooth upper half reminds me there is a space for peace, for hope, for healing and for love in our world.

Our tears, the tears I have shed along with the Jewish community stem from a true and genuine love of our people.

To conclude the service, all the leaders stood in a semi-circle. They filled the bima, each having come to that platform for the same purpose: to show their hatred of hate and their solidarity with the Jewish community. They began to sway, and I heard the familiar words of the song Tree of Life. This is a song that I associate with joyful, celebratory occasions; a song of new life rather than life lost. But as I heard this song sung in a solemn matter, slowly and with deep, profound sadness, I grasped the true nature of what had happened in Pittsburgh. The leaders transitioned from singing Tree of Life to singing America the Beautiful. It is when I heard the words of the song that tears began to roll down my face. I glimpsed a vision of a country we are reaching towards—a country where the mountains aren’t made of hate, and where the seas aren’t seas of tears. We are not this country yet, in fact, we are far from being that America. But beauty still exists and in times like this, we must reach for the ultimate source of beauty—love. Our tears, the tears I have shed along with the Jewish community stem from a true and genuine love of our people. And it is those tears that can put out a fire, those tears that will put out the embers forever.

Julie Levey is a junior at The Spence School in N.Y. She is a member of Fresh Ink for Teen’s Editorial Board.