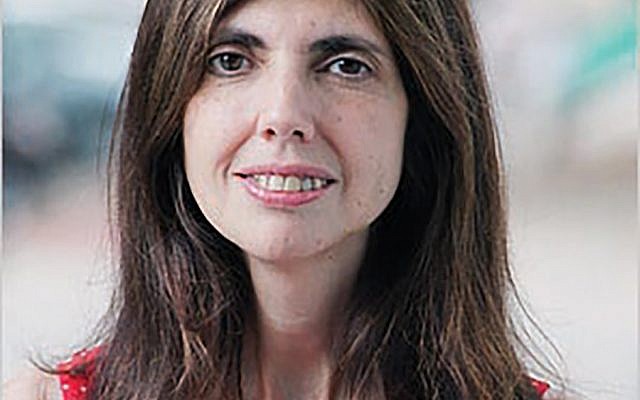 Lucette Lagnado was a life force, “a steel butterfly,” as described by a colleague. She immortalized the lost world of her Egyptian Jewish family in two memoirs and, in 25 years as an award-winning reporter at The Wall Street Journal covering health care and other subjects, found the untold human stories beneath the issues.

The 62-year-old, born in Cairo and exiled with her family in 1963 to Paris and then Brooklyn, died July 10 in Manhattan. She had been hospitalized for several months.

Her funeral at Plaza Jewish Community Chapel in Manhattan last week was filled with family, journalists and friends; one woman there said she had never met Lagnado but was so moved by her books and her Sephardi soul.

Several of the speakers told of her complexities: how she appeared petite and frail but was a powerhouse, that she loved working for a tabloid in the early part of her career, and loved being an investigative reporter for the Journal. Many commented on her curiosity and intellect and her natural elegance born of her Levantine background. She was animated, full of passion and often rhapsodic about things she loved. And she was a voice for many unable to speak for themselves. 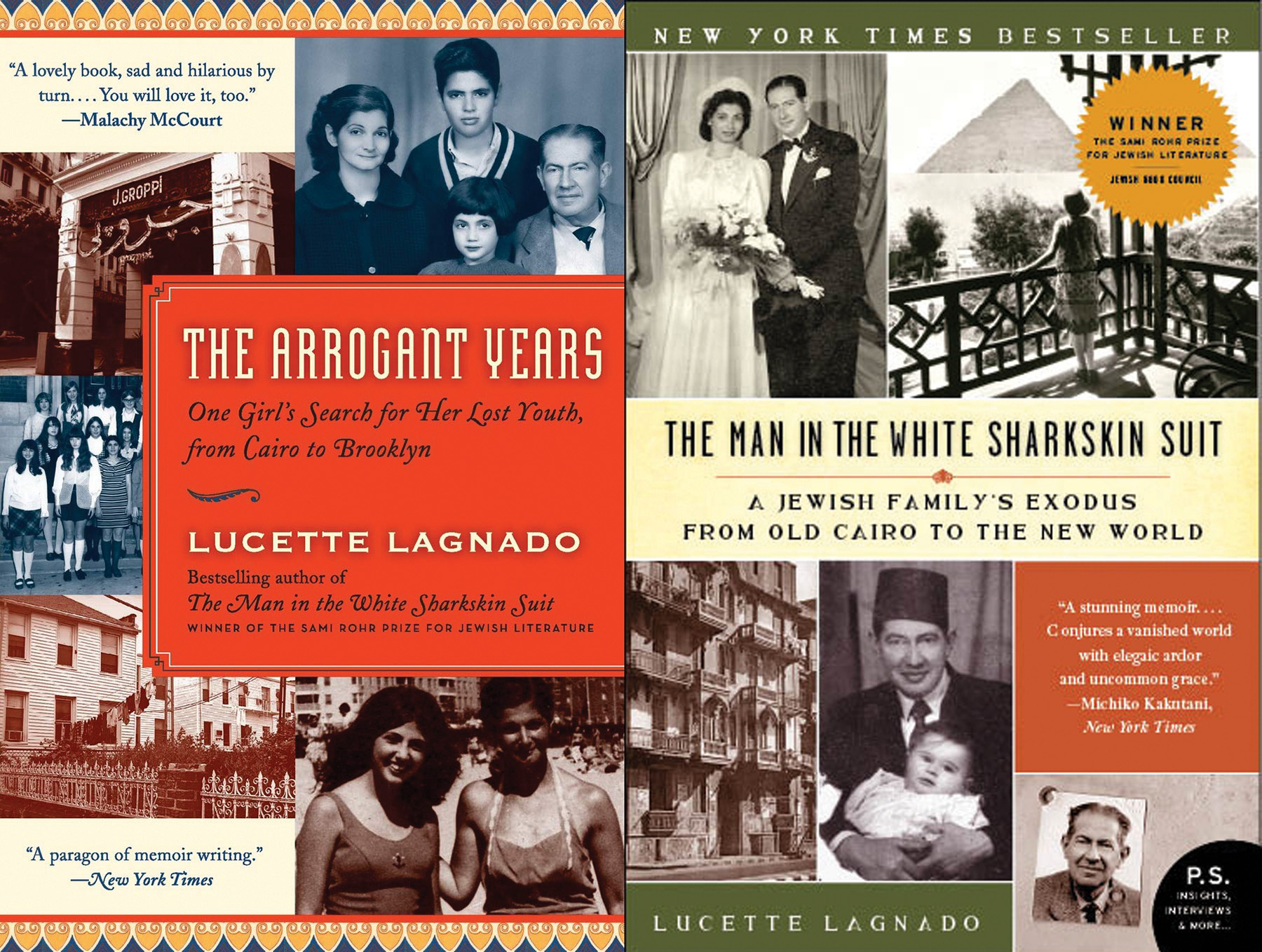 In two books, Lucette Lagnado captured the lost world of Egyptian Jewry, “a story almost no Jew in the West knew about until she sat down to write it.”

Some noted that Lagnado never got over the loss of her parents, but she did manage to do what few are able to do: grant them eternal life — her father as cosmopolitan boulevardier in Cairo, her mother as a young book lover in Cairo entrusted with the keys to the pasha’s private library — through her graceful, compelling words.

The best-selling author of “The Man in the White Sharkskin Suit: A Jewish Family’s Exodus from Old Cairo to the New World” and “The Arrogant Years: One Girl’s Search for Her Lost Youth, from Cairo to Brooklyn,” she also wrote “Children of the Flames: Dr. Josef Mengele and the Untold Story of the Twins of Auschwitz,” which grew out of groundbreaking research she did early in her career as a reporter for syndicated columnist Jack Anderson.

Her husband Douglas Feiden described meeting Lagnado when they were both reporters at the New York Post. Feiden had been covering the trial of Bernard Goetz and, when the not-guilty verdict was announced, he and colleagues stalked the homes of the jury trying, with no luck, to get comments. Back in the office, he spotted a very “dynamic, striking” new reporter leaving the office, stumbling under the weight of several thick phone books. She explained that she was taking the books home to try tracking down members of the jury. He discouraged her, and she ripped out a few pages, promising to tape them back. And the next day, the rookie reporter had an exclusive front-page story about what happened in the jury room.

“She took on huge challenges, journalistic and literary,” he said. “She always shouldered great weight, like those phone books.” They married in 1995.

“Lucette loved being Jewish – spiritually, religiously, prayerfully, intellectually. She loved her Sephardic heritage,” Feiden said, describing how she found solace, God and community in synagogue, particularly, of late, the Manhattan Sephardic Congregation and Chabad of Southampton.

“Among the many wonderful reporters at The Wall Street Journal, Lucette stood out in several ways,” Paul Steiger, who was managing editor of the Journal in 1996 when Lagnado was hired, told The Jewish Week in an email after the funeral.

“She managed to navigate people and environments and cultures that were not at all native to her, and yet extract what she needed as either a citizen, or a tenant, or a reporter. Expelled from Egypt by the revolutions and wars of the 1950s and 1960s, she went from birth into a robust, multi-lingual, cosmopolitan, respected Jewish culture, to part of a family of penniless immigrants in Brooklyn where she, a little girl in elementary school, was the family’s only fluent English speaker. From that base, she won a scholarship to Vassar and became one of the most relentless, creative and determined reporters and writers it has ever been my good fortune to work with.”

I first met Lagnado in 2007, just before her first memoir was published. She was wearing all-white (linen, not sharkskin), and after bounding into M. Rohrs’ on East 86th Street, her favorite café  (that has since closed), where she worked on the book every day, she greeted the owner and was embraced by the other regulars. She admitted to being a woman of routine, in part due to superstition: Every day she’d order ice coffee and two homemade Mexican wedding cookies.

“Sharkskin” is one of the very best memoirs of recent years. Lagnado’s writing is so vivid and lyrical that more than a decade later, I speak knowingly about Cairo, where I’ve never been, with an Egyptian cab driver on the way to her funeral.

In an essay for The Jewish Week’s “Text/Context,” she wrote, “Mine was a complicated childhood, one I both loved and longed to escape, and which I keep conjuring up in my books and work — as if there were nothing else worthwhile I could write about but that old world of mine. In truth, nothing interests me as much.”

For “Sharkskin,” she won the Sami Rohr Prize for Jewish Literature. George Rohr, a New York businessman whose family endows the prize, recalls Lagnado as “overjoyed and radiant” at the prize ceremony in Jerusalem. “A physically small bundle of light, passion and yearning, she grew large before the audience’s eyes as she inspired us with her powerful acceptance speech.”

She was almost finished with a new book, about Sephardic Jews from the Levant and North Africa, which will be published posthumously.

Novelist Andre Aciman, who wrote about his own childhood in Alexandria in the beautiful memoir “Out of Egypt” (and appeared with Lagnado at a Jewish Week forum about their books), writes, “Lucette Lagnado was one of the very last Egyptian-born Jews who had a story that almost no Jew living in the West knew about until she sat down to write it. She told the story of her family’s exile from Egypt with style, with verve, with love and with a great deal of empathy both for her fellow Jews who suffered the loss of their homeland and for the Egyptians who were only too happy to welcome her back when eventually she did go back.

“She had a critical eye for detail,” Aciman continued, “and could always be relied on to spot the veil that hid reluctant truths. She was frank, to the point, but always with a touch of those two unmistakable qualities that only those who suffered know well: wisdom and humanity.”