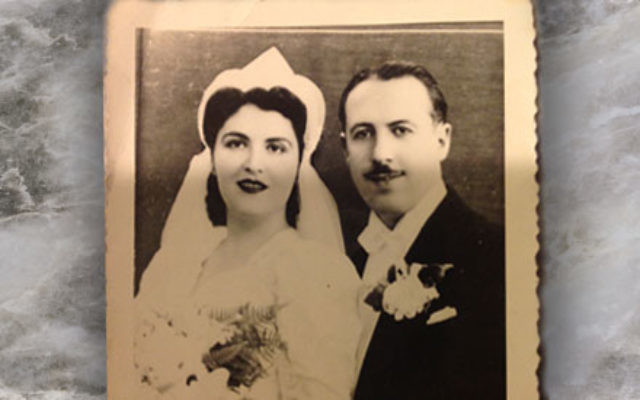 My great-grandmother, Shirley Honig Goldman, was a defender of Thanksgiving. Pictured is her wedding portrait with husband Harry Goldman. Courtesy of Deena Abittan

In 1789 George Washington proclaimed November 26 as a national holiday, “to the people of the United States a day of public thanksgiving and prayer.”  Although Washington was not a Jewish leader, Thanksgiving has its roots in the inherently Jewish concept of hakarat hatov, appreciating one’s good fortune.  By celebrating Thanksgiving, Jews show their appreciation to America for providing them with the religious freedom to openly practice their faith.

As a third-generation, Orthodox, Jewish American, my family takes Thanksgiving quite seriously.  My great-grandmother Shirley Honig Goldman, an immigrant from Poland, used to bake challah and make a feast every year for Thanksgiving.  The meal, as described by my mother and grandmother, was cooked by my great-grandmother wearing her apron and house slippers. Thanksgiving was the only time my family was allowed to eat in the dining room.

My great-grandmother honored Thanksgiving as if it was a Jewish holiday.  She made the same menu every year — half a grapefruit for each guest, chopped liver, pea soup with frankfurters, candied sweet potatoes topped with gooey marshmallows, canned cranberry sauce and her prized item: the turkey. She cooked it in a paper bag and always forgot to slice the turkey before bringing it to the table. Her elaborate meal was rare and difficult for her to execute as she worked outside the home as a social worker and later a teacher. She took offense to Jews who did not celebrate Thanksgiving; she felt they were ignoring the blessing of religious freedom that this country grants its citizens.

In 1945 The Spanish and Portuguese Synagogue in New York City, Congregation Shearith Israel, published a pamphlet titled, “Service for Thanksgiving Day.” (The cover is pictured at left.) My father, a collector of old religious books, found this pamphlet in his father’s shul, The Sephardic Congregation of Long Beach, N.Y., and was fascinated by the congregation’s devotion to celebrating a national holiday. Included in this pamphlet are the prayers of Hallel, praises to God recited on the first day of a new Jewish month; the prayer that we say today for the American government; and Psalm 100, a psalm of thanksgiving.

The publication of this booklet showed Congregation Shearith Israel’s commitment to observing the national holiday. Halacha, Jewish law, prohibits the recitation of unnecessary prayers. Clearly, the rabbis of this congregation viewed Thanksgiving as an important national, and Jewish, celebration that warranted the extra prayers. This pamphlet showed me that although not a Jewish holiday, Thanksgiving is one Jews should celebrate as it is an opportunity for us to show our appreciation for the religious freedoms of the United States.

As the winter holiday season approaches and most Jews are left by the red and green sidelines of Christmas, Thanksgiving is the perfect time to identify as proud Americans, yet still comply with Jewish law. Celebrating Thanksgiving presents no halachic issues as it is a nondenominational holiday that does not include any religious traditions. Jews can celebrate like other Americans.  In a sense,  Thanksgiving is a unifying holiday for Christians, Jews, Muslims and other faiths because everyone puts their differences aside and focuses on the blessings they have received by simply being an American.

Thanksgiving is meaningful to me as my entire family gets together for the meal, as we would with any Jewish holiday.  While eating our favorite bread stuffing and other treats, my family and I recount the blessings that America has provided to my family in our religious observance and in the sustenance of the Jewish community as a whole.