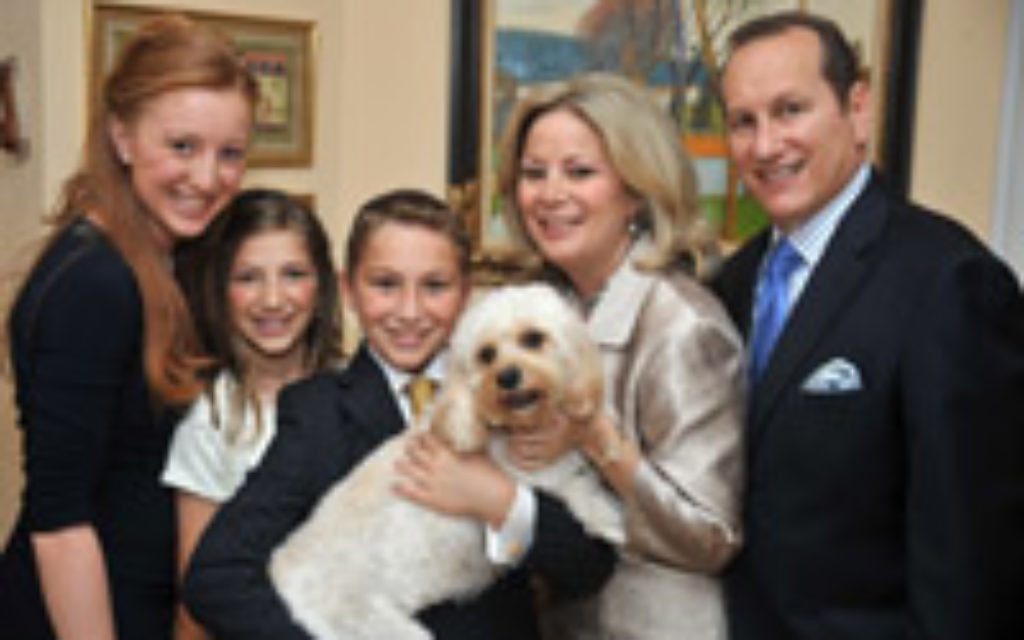 Both Jamie Gurvitch and Helene Schonbrun, each of them a working mom with three children, were diagnosed with breast cancer while in their 40s. Gurvitch, now 47, was told she had stage 1 invasive carcinoma in 2009. Schonbrun, now 45, was initially diagnosed at age 41 with ductal carcinoma in situ (DCIS), also known as stage 0 breast cancer. But upon further testing, it turned out that she, too, had a malignant tumor.

It used to be that when women like Schonbrun and Gurvitch were diagnosed with breast cancer, they would automatically undergo chemotherapy. They would hope for the best, not knowing whether they were really better off subjecting their bodies to the cancer cell-killing drugs, or whether it was better to forgo the chemotherapy and just take anti-estrogen therapy, like Tamoxifen.

Fortunately Schonbrun, who lives in White Plains, and Gurvitch, who moved several years ago to Boynton Beach, Fla., from New Rochelle, were able to avail themselves of a genomic test, called Oncotype Dx, that helped them and their doctors make that difficult treatment decision.

It used to be that the Oncotype Dx assay was only indicated for women with N- (node negative), ER+ (estrogen receptor positive – the most common kind of breast cancer) stage 1 and 2 breast cancer, but as of December 2011, it is now available for use by women with DCIS, to help them decide whether to undergo radiation treatment or not. While chemotherapy is still utilized in cases of invasive breast cancer, radiation is now the standard treatment for DCIS, which is contained within the milk duct and has not spread further into the other breast tissue.

Since 2004, more than 250,000 patients worldwide have benefited from breast cancer and colon cancer Oncotype Dx assays, both of which examine tumor tissue at a molecular level to predict the chances of the cancer recurring, or metastasizing. Unlike the test for the BRCA gene mutation, which influences the risk that a woman might develop breast cancer over the course of her lifetime, Oncotype Dx examines the unique genetic makeup of a woman’s tumor.

“It shows us the profile of the tumor, how the RNA is telling the tumor to behave,” explained Dr. Steven Shak, chief medical officer of Genomic Health, the Redwood City, Calif., company that developed and performs the Oncotype Dx tests. “We learn from the biology of the tumor itself about its chance of recurring and whether the patient would benefit from chemotherapy or not,” he told The Jewish Week in a phone interview.

Oncotype Dx determines how 21 specific genes —16 breast cancer-related genes and 5 reference ones—are expressed within a tumor sample, which is taken from the tissue removed during surgery, be it a lumpectomy, mastectomy or core biopsy. This means that no additional invasive procedures are required. The anaylsis of the genes is combined into an individualized result called a Recurrence Score (in the case of invasive cancer), or a DCIS Score (in the case of DCIS).

A patient with a Recurrence Score of 17 or below is considered to have a low risk for breast cancer recurrence. Such a patient would be unlikely to benefit from adding chemotherapy to hormonal treatments like Tamoxifen. A Recurrence Score of 18-30 is considered an intermediate risk, and a score higher than 31 indicates a high risk of recurrence and the likelihood that chemotherapy would be beneficial.

A recent study showed that DCIS patients with a low DCIS Score have a 12 percent likelihood of local recurrence (either the development of a new invasive cancer or the recurrence of DCIS in the same breast), and those with a high DCIS Score had a 27 percent likelihood of local recurrence. These numbers can be helpful to a woman who is trying to decide whether to undergo radiation, given that such therapy helps only 15-30 percent of patients, according to statistics cited in a recent Wall Street Journal article. Shak noted that only four in 100 breast cancer patients benefit from chemotherapy.

Having this information in hand can be helpful, but it doesn’t mean that all the answers are clear-cut. Schonbrun opted for a double mastectomy and reconstruction, and her oncologist recommended against chemotherapy. “But I felt vulnerable,” Schonbrun told The Jewish week. “I had heard about Oncotype Dx from Sharsheret [the Teaneck, N.J.-based national nonprofit organization supporting Jewish women facing breast cancer and their families] and some reading I had done, and I insisted on getting the test done. I thought it was important information to have.”

“I was willing to have it done, even if I had to pay the entire cost,” Schonbrun said. It turned out that the test, which costs $4,175, was covered by her insurance. “It is reimbursed by all insurances, including Medicare,” Shak said. He added that that is also the case in many of the 62 countries where Oncotype Dx is now available, including Israel, which was the first foreign country to use it — only two weeks after it was first made available in the U.S.
“My score was 23 — smack in the middle of the intermediate range,” reported Schonbrun. This did not give her the clarity she had hoped for. After further research and reflection, Schonbrun decided against chemotherapy — but she wanted to do more than just take the Tamoxifen. “I advocated for myself,” she said, and she ended up taking Lupron for two years, as well. “I would not have pushed for the Lupron if I had had a low score, so having the Oncotype Dx test done did make a difference.”

Gurvitch, who had a lumpectomy, also ended up with an intermediate score; hers was 25. “That meant that I had an average rate of distant return of 17 percent in 10 years,” she explained to The Jewish Week. Not wanting “to add toxins” to her body, she chose to have radiation and five years of Tamoxifen. “It was helpful [to have the Recurrence Score], but because I could have gone either way [with the decision to have chemotherapy or not], it was stressful,” she recalled.

Both women, however, agree that Oncotype Dx and the personalized medicine it represents is a significant advance. “It’s a major improvement in the prognosis of breast cancer,” Gurvitch said. Schonbrun felt it was important to have all the information possible so that she could have peace of mind about her decisions. She likes to use the mantra she said learned from counselors at Sharsheret (for which both she and Gurvitch are volunteers): “You need to be able to put your head on the pillow at night.”

According to Sharsheret’s 39-year-old founder and executive director, Rochelle Shoretz — herself a two-time breast cancer survivor — many of the women the organization serves are having the Oncotype Dx test done. “We are living in the age of tailored medicine,” she said. “Women are excited about getting information specific to them, that can help them avoid unnecessary treatment.”

“When it comes to breast cancer treatment, it’s no longer ‘one size fits all,’” Shak said.