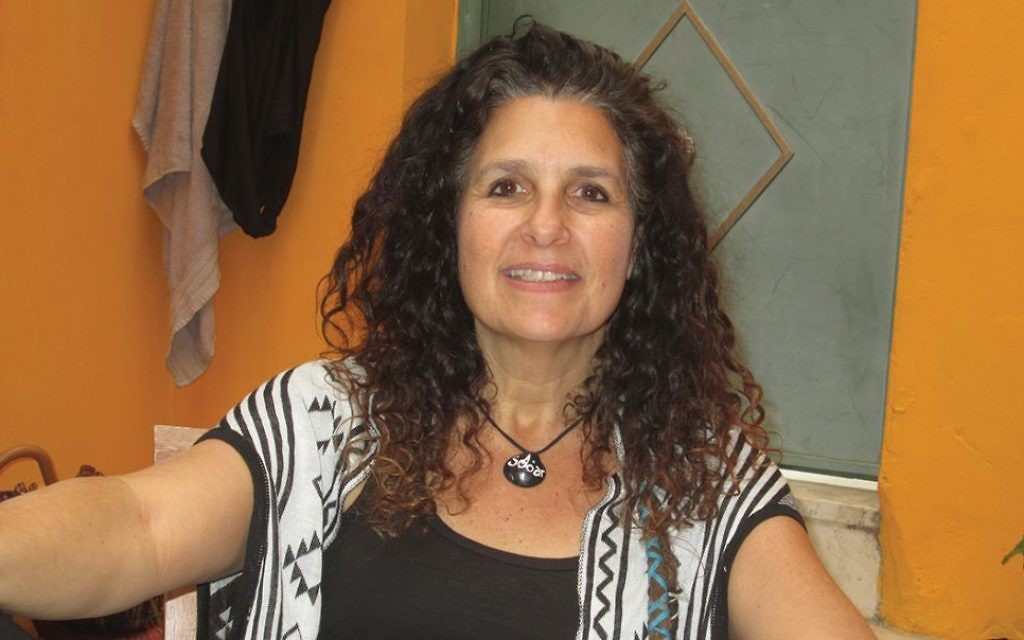 Jerusalem — At a time when many baby boomers start thinking about winding down for retirement, Tracey Shipley, a 56-year-old Jerusalem-based addictions counselor and creative arts therapist, is ramping up her efforts to help vulnerable youth in Jerusalem by creating Sobar, the city’s first alcohol-free/drug-free/smoke-free music venue for 15- to 24-year-olds.

Shipley, an American who moved to Israel decades ago, knows the dangers of Jerusalem’s downtown drug scene. Her kids were exposed to drugs and alcohol when living in Orlando, Fla., and when the family moved to downtown Jerusalem, they became a part of the downtown bar scene. “Many of their friends ended up in rehabs, jail or psychiatric wards,” she said.

Shipley, a mother of three young adults, said Jerusalem needs Sobar because “hundreds, thousands” of kids, many from English-speaking homes, gather downtown looking to socialize. While most are just interested in a night out, “there’s a load of drugs, alcohol and other dangers.”

The drinking age is 18, but the younger ones convince older friends to buy them alcohol, mostly vodka because it’s cheap. “Even some so-called ‘good kids’ do this. There is a lot of peer pressure,” she said.

Shipley said her son and many of his friends “have yet to fully recover” from the choices they made while hanging out in the downtown streets of Jerusalem.

“My hope is that the Sobar will keep other parents and kids from going through what we have gone through by offering an alternative to the downtown bar scene and street scene,” she said.

There are a handful of places like Sobar across the country run by local municipalities.

The problem is, “they feel like what they are — community centers, not an actual entertainment venue,” Shipley said. They attract kids who would ordinarily be involved with city programs, not the bar scene. “[But many] kids are looking for cool bar venues but without the dangers.”

When it opens this summer, Sobar, which is located in a cave-like structure with curved walls in downtown Jerusalem but removed from the bars near Zion Square, will offer a wide range of activities.

Upstairs, youths will be able to take part in yoga, meditation and creative writing workshops, “things that help kids connect to themselves and how to function in a healthy way,” Shipley said. Sobar will also offer parenting workshops related to the tough teen years.

Downstairs, in the performance space, young musicians can create and perform music together or just hang out without the temptation of getting high or drunk.

Shipley said she got the idea for Sobar four years ago, during a performance at the Rav Kook House in Jerusalem. She was accompanied by a friend whose 15-year-old son died while trying to get a high from someone else’s morphine patch.

That night she met Yehi Zaken, the owner of Blaze Bar in downtown Jerusalem, and he threw his support behind the project. Then Mike Pery, who introduced Jerusalem to “open mic” nights, suggested creating a weekly alcohol-free open mic night for youth at the English-language Off the Wall Comedy Club. The owner David Kalimnik liked the idea, and for nine months young bands and musicians performed for their peers.

“Community members and city officials came to see for themselves that youth of all ages would be interested in a music venue without smoke and alcohol. The kids were from all backgrounds, religious, secular, soldiers — they’re jazz, rock, heavy metal and pop music lovers all enjoying the music and creating a respectful atmosphere of acceptance and support for their performing peers,” Shipley said.

The municipality told Shipley it will “find a way to assist us” once Sobar is up and running, and she hopes to receive funding from the Israeli Drug Authority. In the meantime, Shipley and friends have organized a series of grassroots fundraisers and launched an online fundraising campaign.

Charlie Kalech, a Jerusalem father of teens, said that Sobar will give him some peace of mind.

“Typically after a family Friday night dinner or with Shabbat ending late on Saturday nights, kids hang out on the street in the center of town or head to the bars.” Sobar, he said, could provide an option for “those who want to hang out with their friends in their own space with music and good times, minus the drugs, smoking and alcohol.”

Kalesh, an immigrant from the U.S., said that when he was growing up, “I had USY [the Conservative movement’s United Synagogue Youth] events and dances. Here, especially because the religious establishment will not condone gender-mixed events, the only current option for even a ‘good’ kid to hang out and meet new people is on the street or in a bar. Sobar offers these kids a much-needed alternative.”

While there is rampant ageism in Israeli society, Shipley believes her age and experience have given her the credibility necessary to get the Sobar off the ground.

“I have been a teen counselor longer than most of Jerusalem’s counselors have been alive. Between working at a residential rehab for teen addicts and alcoholics and for a methadone clinic for nine years, I have encountered all kinds of young and old people and learned how to handle very challenging situations. I have learned the importance of including parents in the therapeutic process, something rarely done today.

“As a mother of three exceptionally creative yet challenging young adults,” Shipley said, “I have been through it all. I may be 56 but I am young-spirited and kids of all ages seem to be drawn to me. They see that my love for them is unconditional even, when I am tough-loving them.”

For information about Sobar: www.generosity.com/community-fundraising/the-jerusalem-sobar-music-club-for-youth–2