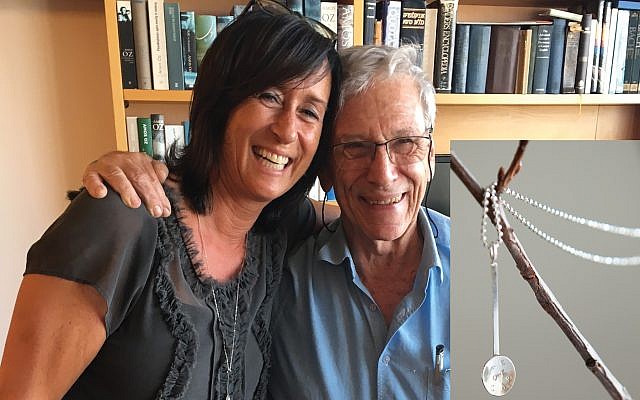 In Sweden, Amos Oz’s publisher had made one of his metaphors into reality.

The Israeli author and peace activist who died Dec. 28, at 79, concluded his 2004 book “How to Cure a Fanatic” — the most compact of his more than 40 books — with his story of the “Order of the Teaspoon.” He explained that if a person is watching a conflagration, there are always three options: run away and let those who cannot run away burn, write an angry letter to a newspaper or take action.

Throughout Sweden, thousands of people wear miniature silver teaspoons in their lapels, in fellowship with Oz.

Camilla Nagler, who was Oz’s long-time publisher at Walström & Widstrand, tells The Jewish Week that when it was making plans to publish the brief book, which includes three essays, the publishing house sought to do something different to assure its success. It partnered with the magazine Vi, which shares Oz’s values, to give copies to their readers. And in August 2006, in a large theater in Stockholm, with Oz present, it launched a foundation, the “Order of the Teaspoon.” The order’s motto is “For diversity.” 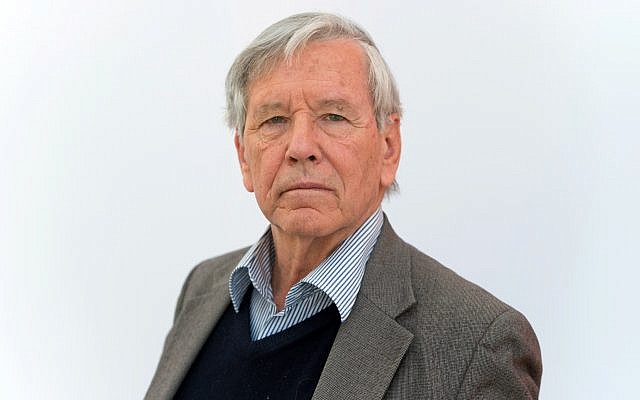 Nagler and her colleagues created a board of directors of prestigious authors, journalists and politicians. After working pro bono for four years, Nagler “jumped into deep water” — leaving her job with the publishing house to serve as secretary-general of the foundation. For the last two years, she has been working full-time as chairman, with a staff of eight.

The foundation has sent the book to 17-year-olds around the country, along with a teacher’s guide for educators, and gives grants to people doing work in the spirit of Amos Oz. Recipients have included a choir building bridges between Swedish citizens and newcomers, a young man collecting stories by newcomers among others on Instagram and an app against racism.

In “How to Cure a Fanatic,” which was published in 2006 in the U.S., Oz asserted his belief in the possibility of peace — that the Israeli-Palestinian conflict could be resolved. The conflict, he wrote, is “Not a religious war, not a war of culture, not a disagreement between two traditions, but simply a real-estate dispute over whose house this is.”

The foundation has now distributed more than 800,000 copies of “How to Cure a Fanatic.” In addition to selling the lapel pins (about $50), they offer miniature spoons as earrings, necklaces and bracelets (teskedsorden.se/english/).

“In Sweden,” Nagler says, “everyone who reads knows Amos Oz.”