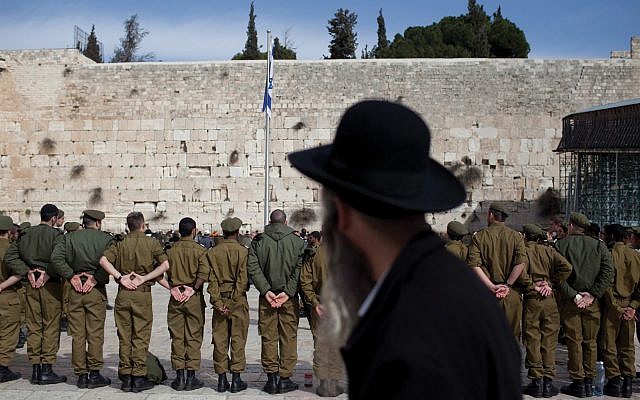 Illustrative photo: A charedi man watches Israeli soldiers at a 2012 army ceremony at the Western Wall.

Amid a series of coalition crises and deliberations over a possible indictment against Prime Minister Benjamin Netanyahu, coalition leaders announced Monday that Israel will head to the polls within four months, with a general election set for April.

Elections were previously slated for November 2019, and the announcement means that Knesset members will vote to dissolve parliament early. Hebrew media reports said the elections would likely be held on April 9.

Despite ongoing disagreements over the ultra-Orthodox draft bill, which was the initial impetus for their meeting Monday, the coalition heads stressed that none of the parties will leave the government and that “the partnership in the Knesset and in the government will continue during the elections.”

The announcement came after Knesset member Yair Lapid announced that his opposition Yesh Atid party will vote against the coalition’s bill on the military draft of ultra-Orthodox men, claiming that the government was preparing an “under the table” deal that would change the import of the legislation. 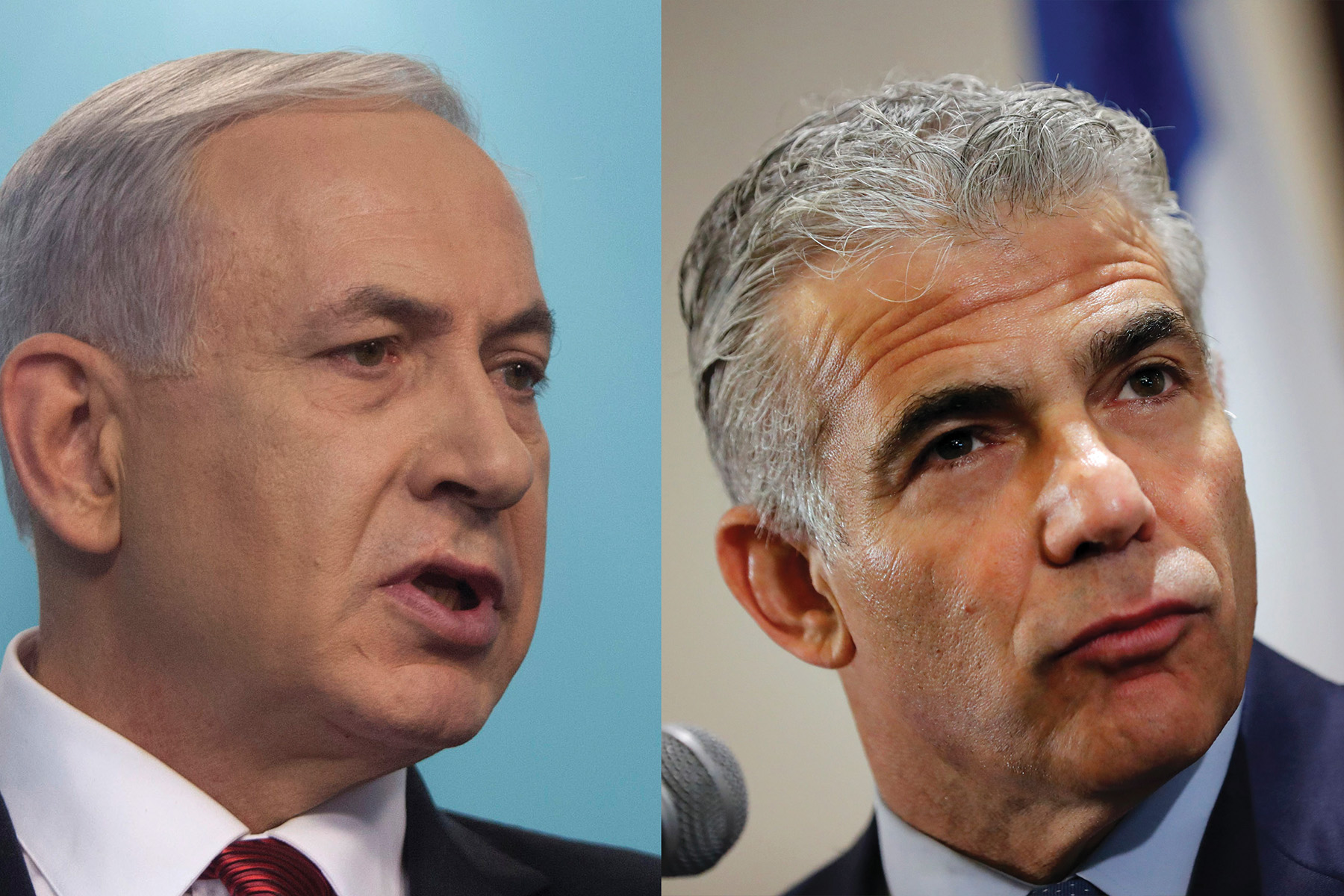 Earlier this month, the Supreme Court granted the government a further month and a half to pass the bill, extending an early December deadline to mid-January. Without the extension, thousands of yeshiva students would have become eligible to be drafted.

Elections will likely mean a further extension will be granted.

The decision to go to the polls comes just a month after Avigdor Lieberman resigned as defense minister and pulled his Yisrael Beiteinu party out of the coalition, leaving it with a paper-thin majority of just 61 out of 120 Knesset members.

The decision also comes as Attorney General Avichai Mandelblit is set to begin reviewing materials to decide on possible charges against Netanyahu this week, embarking on the most high-stakes stage yet of a several-year legal entanglement that has threatened to upend the country’s political system.

State Prosecutor Shai Nitzan said last week that he was wrapping up recommendations on three cases against Netanyahu for Mandelblit, which reportedly include recommendations that the prime minister be indicted on bribery charges over an affair in which he is accused of kicking back regulatory favors in exchange for positive media coverage.

Mandelblit is expected to convene his legal team to begin working on the hundreds of pages of testimony and other evidence in the three cases on Monday, the Ynet news site reported.

Of the cases Netanyahu is suspected of illegal activity in, the one known as Case 4000 is considered by the State Prosecutor’s Office to be the most serious, according to Israeli television reports.

In that case, Netanyahu is suspected of having advanced regulatory decisions as communications minister and prime minister from 2015 to 2017 that benefited Shaul Elovitch, the controlling shareholder in Bezeq, the country’s largest telecommunications firm, in exchange for positive coverage from Elovitch’s Walla news site.

In another affair, Case 1000, Netanyahu is suspected of receiving benefits worth about NIS 1 million ($282,000) from billionaire benefactors, including Israeli Hollywood producer Arnon Milchan, in exchange for assistance on various issues.