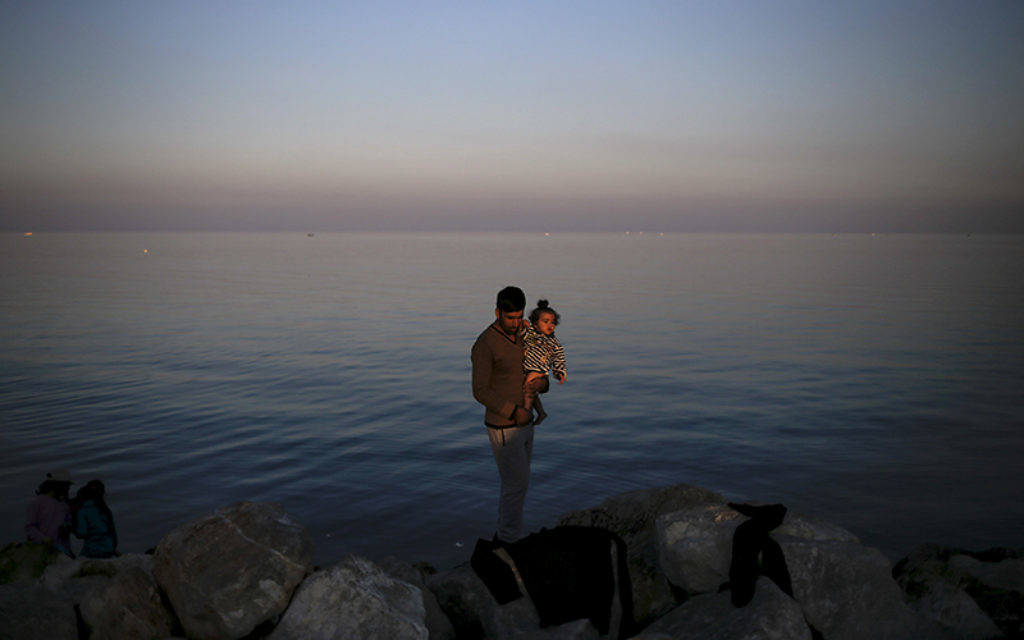 After Friday’s murderous attacks in Paris, more than half of America’s governors are voicing opposition to admitting 10,000 Syrian refugees to this country. In response, federal security officials have assured an uneasy public that all refugees will be fully vetted to prevent terrorists or criminals from entering the United States.

One governor, Chris Christie, R-N.J., declared: “I don’t think orphans under 5 … you know, should be admitted into the United States at this point.” However, two months ago, Christie had a different view when he saw images of Aylan Kurdi, a 3-year-old Syrian boy who drowned off the Turkish coast with his mother and brother as they sought safety from the bloody Syrian civil war.

Christie said: “I’d sit down with our allies and figure out how we can help, because America is a compassionate country. … I can’t come up with an exact number.” But that was then and this is now, and Christie’s “exact number “ today is zero.

But the governors’ negative attitudes are nothing new. Americans have a long record of negative feelings and policies about refugees and immigrants, even though President John F. Kennedy correctly reminded us in his widely praised 1958 book that we are “A Nation of Immigrants.”

Catholics were legally barred from living in Virginia by a 1642 law that was soon imitated by Puritan Massachusetts. One of JFK’ s predecessors, Thomas Jefferson of Virginia, was suspicious of Catholics and their clergy: “History, I believe, furnishes no example of a priest-ridden people maintaining a free civil government. … In every country and in every age, the priest has been hostile to liberty. He is always in alliance with the despot, abetting his abuses in return for protection to his own.”

Things got worse as the number of Catholic immigrants increased in the years before and after the Civil War. Many of the newcomers were refugees from Ireland, which had a long-standing conflict with Britain. In 1835, Lyman Beecher, a prominent Presbyterian preacher and president of Cincinnati’s Lane Seminary, publicly advocated the exclusion of Catholics from any western settlements as Americans moved in increasing numbers beyond the eastern seacoast. Beecher was the father of Harriet Beecher Stowe, who in 1852 published “Uncle Tom’s Cabin,” a work that drew enormous national attention to the evil of human slavery in the United States.

During much of the 19th century, Catholic immigrants and refugees were accused by nativist Americans, overwhelmingly Protestant, of undermining and threatening the American experiment in republican government. In 1842 a Catholic convent in Charlestown, Mass., was set on fire, and there were other acts of violence directed against Catholics, including an 1844 riot in Philadelphia that resulted in the deaths of 13 people and the destruction of two Catholic churches in William Penn’s “City of Brotherly Love.”

When Bishop Francis Kenrick of Baltimore, the most prominent Catholic theologian and biblical scholar of his time, objected to Catholic children’s using the King James Bible in public school, the American Protestant Association was formed and denounced the “principles of popery” because they were “subversive of civil and religious liberty.”

In my new book, “Pillar of Fire: A Biography of Rabbi Stephen S. Wise,” I recount that when Nazis gained power in Germany in 1933, many European Jews sought refuge in the United States. A sense of desperation set in after Kristallnacht, the November 1938 anti-Jewish pogroms in Germany and Austria. While President Franklin Roosevelt decried Kristallnacht, he announced there would be no change in America’s harsh immigration laws. Strict numeric quotas would remain in place, effectively closing the nation’s doors to the large number of Jews seeking refuge.

But some courageous American leaders pressed for increased immigration. In February 1939, Sen. Robert F. Wagner, D-N.Y., and Rep. Edith Nourse Rogers, R-Mass., co-sponsored a bill permitting 20,000 German Jewish children, a modest number, to enter the U.S. as nonquota immigrants. Eleanor Roosevelt unsuccessfully urged her husband to support the bipartisan Wagner-Rogers bill. Anti-Semites and isolationists attacked the legislation, as did the Daughters of the American Revolution, and the bill died in committee.

FDR’s cousin Laura Delano Houghteling, whose husband was the U.S. commissioner for immigration and naturalization, opposed the Wagner-Rogers legislation, declaring: “Twenty thousand charming children would all too soon grow into 20,000 ugly adults.”

It is perhaps both tragic and apt that a French adage accurately describes what is currently taking place in America regarding refugees and immigrants: plus ça change, plus c’est la même chose — the more things change, the more they remain the same.

(Rabbi A. James Rudin is the American Jewish Committee’s senior interreligious adviser. He can be reached atjamesrudin.com.)