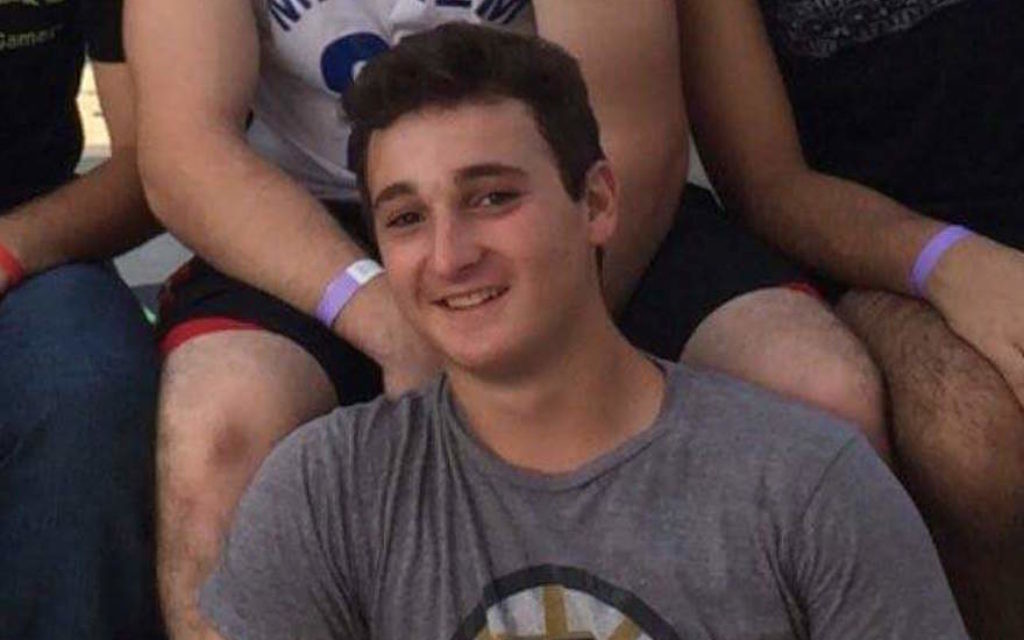 The American yeshiva student killed in a West Bank shooting was identified as Ezra Schwartz of Sharon, Massachusetts.

Schwartz, 18, was one of three people killed Thursday near the settlement of Alon Shvut. He reportedly was studying for a year at Yeshivat Ashreinu in Beit Shemesh.

He was a recent graduate of the Maimonides School in Brookline, Massachusetts, and had been a counselor at Camp Yavneh, a Jewish summer camp in Northwood, New Hampshire.At least one attacker, reported to be a Palestinian, shot into a minivan full of people as well as another car near a traffic junction, then rammed his car into several other cars and bystanders, according to reports. One shooter reportedly exited his car and was shot and injured by security forces.

Schwartz, the second of five children, is the child of Ari and Ruth Schwartz.

“He’s always a fun person to hang out with, very charismatic,” Geoffrey Cahr, a friend who knew Schwartz from camp, told JTA.
“He was a great listener and super down-to-earth.”

One of Schwartz’s favorite pastimes was skiing, according to a family friend from Sharon.

Several friends of Schwartz who also were spending their post-high school gap year in Israel decided to fly back from Tel Aviv to Boston for the funeral. Students at Maimonides were informed of Schwartz’s killing at a school assembly on Thursday.