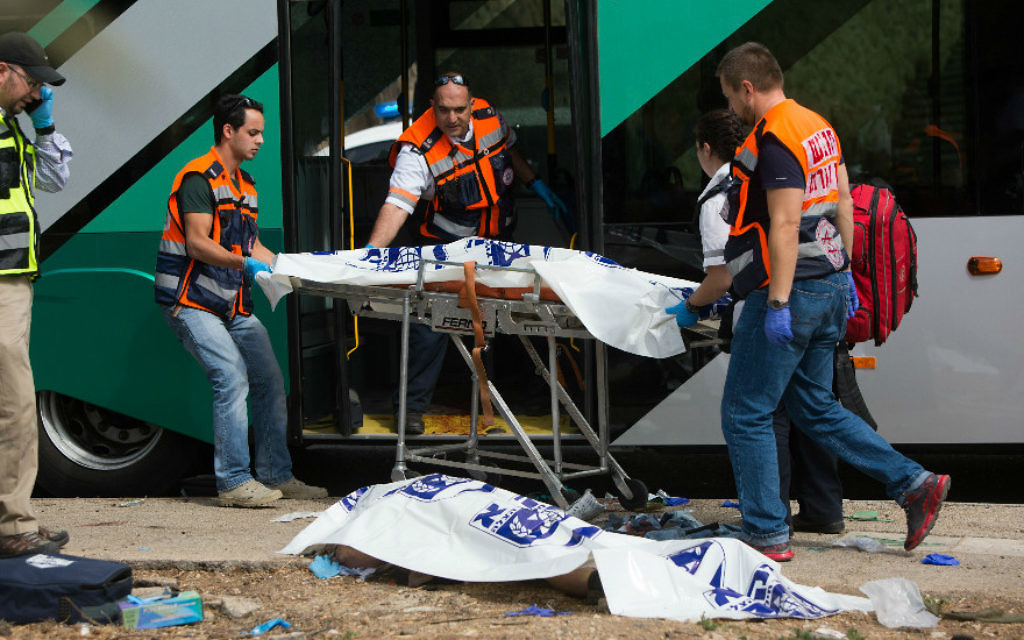 Jerusalem — A dual American-Israeli citizen wounded in a terrorist attack on a Jerusalem bus has died.

Richard Lakin died Tuesday morning at Hadassah Ein Kerem Hospital, where he remained unconscious since the Oct. 13 attack. He was 76.

Lakin was shot and stabbed on a bus in the East Talpiot neighborhood. Two others were killed in the attack and more than 10 were wounded. One of the assailants was killed and the other was wounded.

His children announced his death on his Facebook page.

“After the attack Dad was rushed to Hadassah Ein Kerem Hospital in Jerusalem where the incredible medical staff worked diligently around the clock for two weeks trying to save his life, but, alas, his injuries were too severe,” they wrote. “Dad was unconscious and anesthetized during the entire two weeks, so he felt no pain. This morning, with his family around him he faded gently into a permanent sleep and we kissed him goodbye. We love you Dad and will do our best to live respectful, loving lives and pass along ‘acts of kindness.'”

The funeral is scheduled for Wednesday.