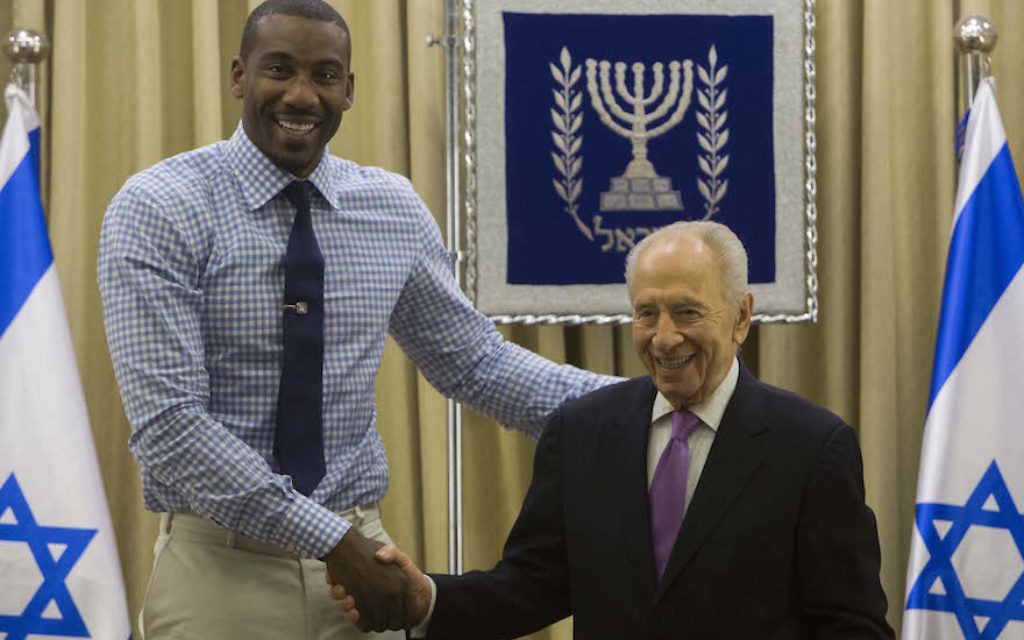 Jerusalem — Amar’e Stoudemire, who retired from the NBA last week, reportedly has closed a deal to play with the Israeli basketball team Hapoel Jerusalem, which he co-owns.

Stoudemire has called a news conference for Monday, where he is expected to make the announcement that he will play the 2016-17 season with Hapoel Jerusalem, according to ESPN. The sports network, in corroborating the report by Pick, cited unnamed sources that “Stoudemire’s move to join Hapoel Jerusalem as an active player is now a mere formality.”

Stoudemire is scheduled to travel to Israel next week as part of a charity project of NBA Cares. The project is organized by the foundation of Omri Casspi of the Sacramento Kings, the first Israeli to play in the NBA.

According to reports, Stoudemire’s signing is expected to be made official during the visit.

Stoudemire has been a minority owner of Hapoel Jerusalem since 2013.

In 2010, after joining the New York Knicks, Stoudemire told the New York Post that he had become “spiritually and culturally Jewish.” The All-Star said he was keeping kosher and would celebrate the High Holidays. He traveled to Israel that year after discovering that his mother was ancestrally Jewish.

Stoudemire, 33, is a six-time NBA All-Star who played in the league for 14 years, retiring last week as a Knick. His first eight seasons were with the Phoenix Suns. Stoudemire closed out his career playing a season each in Dallas and Miami.