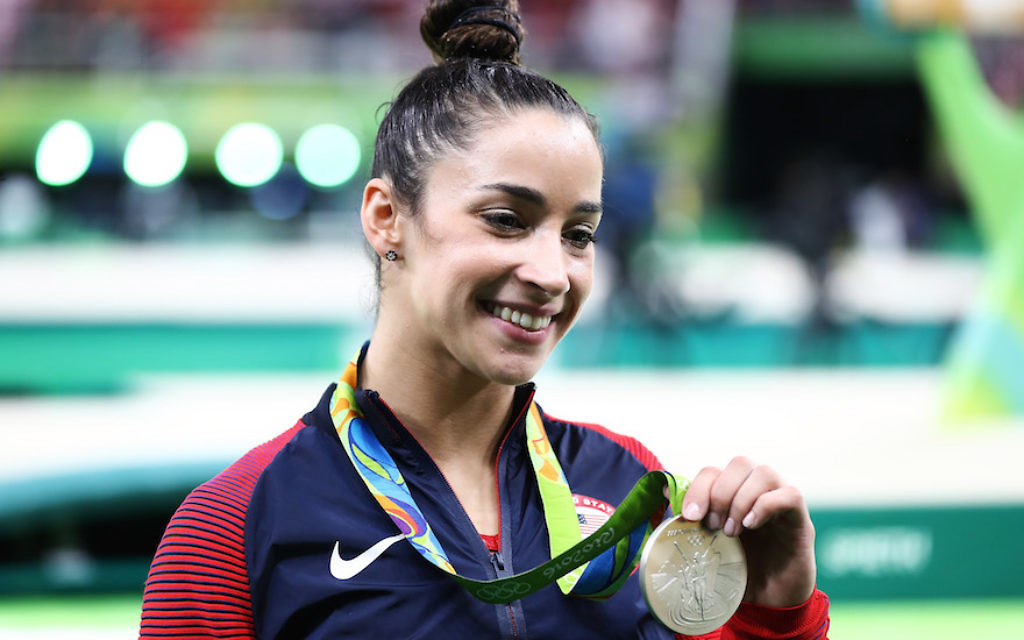 The Jewish competitor from Needham, Massachusetts, finished second behind her American teammate Simon Biles on Thursday.

Raisman, 22, is the U.S. squad’s captain and was a key part of its gold medal in the team competition two days earlier.

The silver is her fifth Olympic medal overall. In 2012, she took the gold in the team and floor exercise competitions and won a bronze in the balance beam.

Raisman and Biles became only the second pair of American women gymnasts to win the top two medals in the all-around competition. Nastia Liukin and Shawn Johnson won gold and silver, respectively, in 2008.