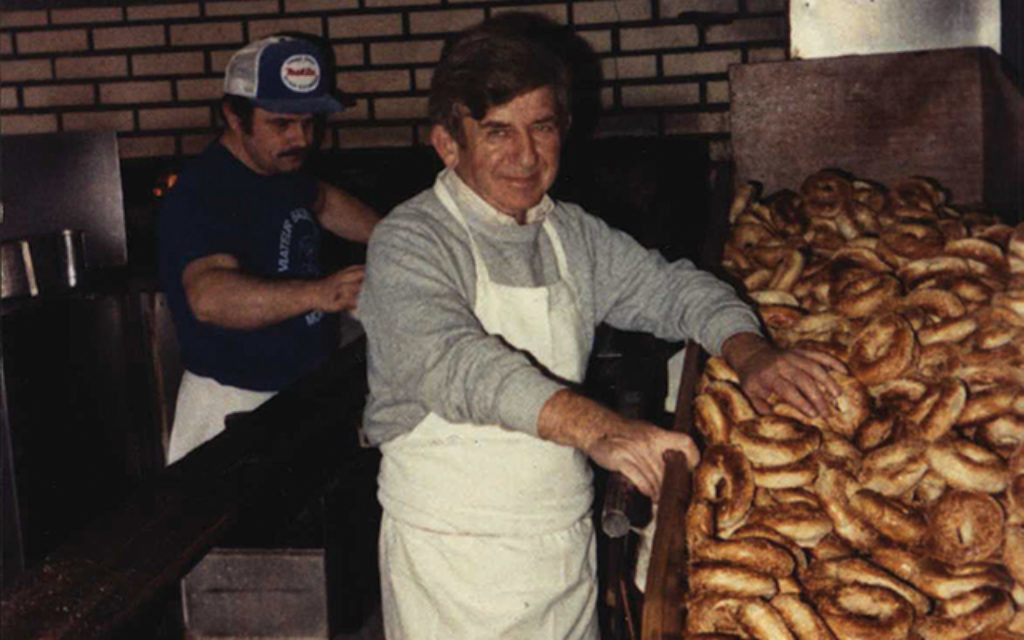 When the married couple Noah Bernamoff, who hails from Montreal, and Rae Cohen, a New York native, opened the Mile End deli in the Boerum Hill section of Brooklyn in 2010, the Jewish food scene here was abuzz with something called “smoked meat,” and something else called “Montreal-style” bagels, which the couple had flown in daily from north of the border. (Foodies were asking, Is “smoked meat” the same as corned beef and pastrami, and what’s with the honey in the bagels?) The Mile End, which managed to make the old deli experience into something retro and hip, got so popular that the couple opened a Manhattan branch a couple of years later just off the Bowery.

For this edition of Jewish Journeys, we thought we’d visit the culinary home base of the Mile Enders. The Mile End and Outremont neighborhood are Montreal’s main downtown Jewish districts; about 90,000 Jews live in the city.

We needed an expert to guide us through the intricacies, so we reached out to Zev Moses, executive director of the Museum of Jewish Montreal, a nonprofit founded in 2010 that shares the history and experiences of Montreal’s Jewish community through walking tours of historic Jewish neighborhoods, online exhibits, oral history collections, lectures, workshops and pop-up exhibitions.

Moses provided a little context about smoked meat and Montreal-style bagels. Both of their origins are Jewish, he said, but added of the delicacies: “These have become Montreal foods, not just a Jewish thing.” They have joined poutine — a mixture of French fries, gravy and cheese — as the city’s three most favorite foods. “But you can now even get smoked meat with poutine,” Moses said proudly.

A kosher-style deli meat prepared by salting and curing beef brisket with spices, smoked meat (typically served on rye bread with mustard) can be enjoyed at a variety of renowned locations in the city. One is Schwartz’s Deli on Saint Laurent (the oldest deli in Canada and now owned by a large group that includes singer Celine Dion and her husband, Rene Angelil). Other spots are the nearby Main Deli, Lester’s Deli in the Outremont section, and Snowdon Deli on Boulevard Décarie.

Though New York and New Jersey may feel that their bagels are superior, Moses said that “Montreal residents are snobs about their bagels,” which are famously handmade in wood-burning stoves and boiled in honey water. Enjoyed at all times of day or night by residents of all backgrounds, “bagels here are made the same as they were a century ago and are a popular indulgence that are always eaten fresh,” Moses said. He encourages visitors to take their own “bagel challenge” to determine their favorite from among the city’s hottest sources — including the neighboring Fairmount Bagels and St.-Viateur Bagels, as well as Beauty’s on Avenue du Mont-Royal and Wilensky’s on Fairmount Ouest in the Mile End section.

Among other not-to-miss stops on Montreal’s food trail is a visit to Hof Kelsten, a boulangerie on Saint-Laurent owned by chef Jeffrey Finkelstein, “a 30something Montrealer whose bakery pays homage to his Eastern European ancestry while treating modern-day foodies to numerous unexpected delights,” said Atie Waxman, director of marketing and communications for the YM-YWHA Montreal Jewish Community Centres and a fellow gourmand. “This includes a range of freshly baked breads as well as a babka that really puts the punctuation on Finkelstein’s philosophies. It reminds you of the one you had as a child, yet he makes sure to use premium chocolate along with other fresh and modern ingredients and doesn’t spare the butter.”

According to Waxman, “The Jewish food experience in Montreal is dotted with chefs and eateries everywhere, and what seemingly started in Mile End has moved throughout the city. Many of the city’s most historic brands have since reinvented themselves and continue to flourish, including Moishes Steakhouse on Saint Laurent, as do more contemporary outlets such as Notkin’s on Rue de Bleury.

But, should you need some Jewish soul food, there’s still smoked meat and honeyed bagels in Mile End.

The Museum of Jewish Montreal runs two-hour walking tours of the city’s historic Jewish districts (one features insights into the life of Montreal’s immigrant Jewish factory workers at the turn of the century), as well as a four-hour “Beyond The Bagel” food tour. For more information on these tours or other activities offered, call (514) 317-6580 or visit imjm.ca.