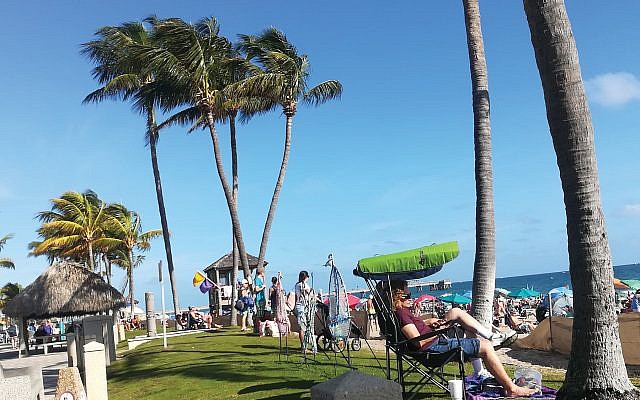 view of the Deerfield Beach waterfront, where a pastel boardwalk beckons Photos by Wikimedia Commons

Note: This is the first of two articles on South Florida in winter. Read part-two here.

South Florida is one of the few places on Earth where you can strike up a conversation in Spanish about latke recipes.

I grew up with the matzah meal variety; most Ashkenazim favor potato pancakes, an exotic treat I gobbled at deli outings. But my companion on the bench at Deerfield Beach preferred Sephardic-style spinach latkes, which I found out after casual Spanish conversation turned to the winter holidays — and to the realization that we both celebrated Chanukah.

Like the rest of the country, South Florida has become steadily more diverse over the decades, a trend that is particularly striking in the once-sleepy Broward County beach towns favored by my (and so many other) grandparents. And it has made visiting the area far more interesting, from my perspective both as a Jew and as a vacationer.

On the pastel boardwalk by the sea at Deerfield, as well as in parks and synagogues and just about everywhere, you see all ages and every kind of family configuration, and hear languages that range from Portuguese to Slovakian to Hebrew.

My new friend told me about the Spanish-language Judaism classes at her synagogue, Temple Beth Israel of Sunrise, where the rabbi is from Argentina. There are so many young people from all over the Spanish-speaking world in Broward County that its Jewish Federation has a División Latina, with its own newsletter and popular Facebook group. One in 10 Deerfield residents is now from Brazil — according to some sources, the highest percentage of any American city.

Such diversity would surprise my grandparents. When they arrived at a 55+ retirement community in Deerfield in the 1970s, their new neighbors were mostly like them, Conservative or Reform Jews from metropolitan New York; young people tended to be non-Jewish locals. Hispanic, as in the rest of South Florida, was synonymous with Cuban. 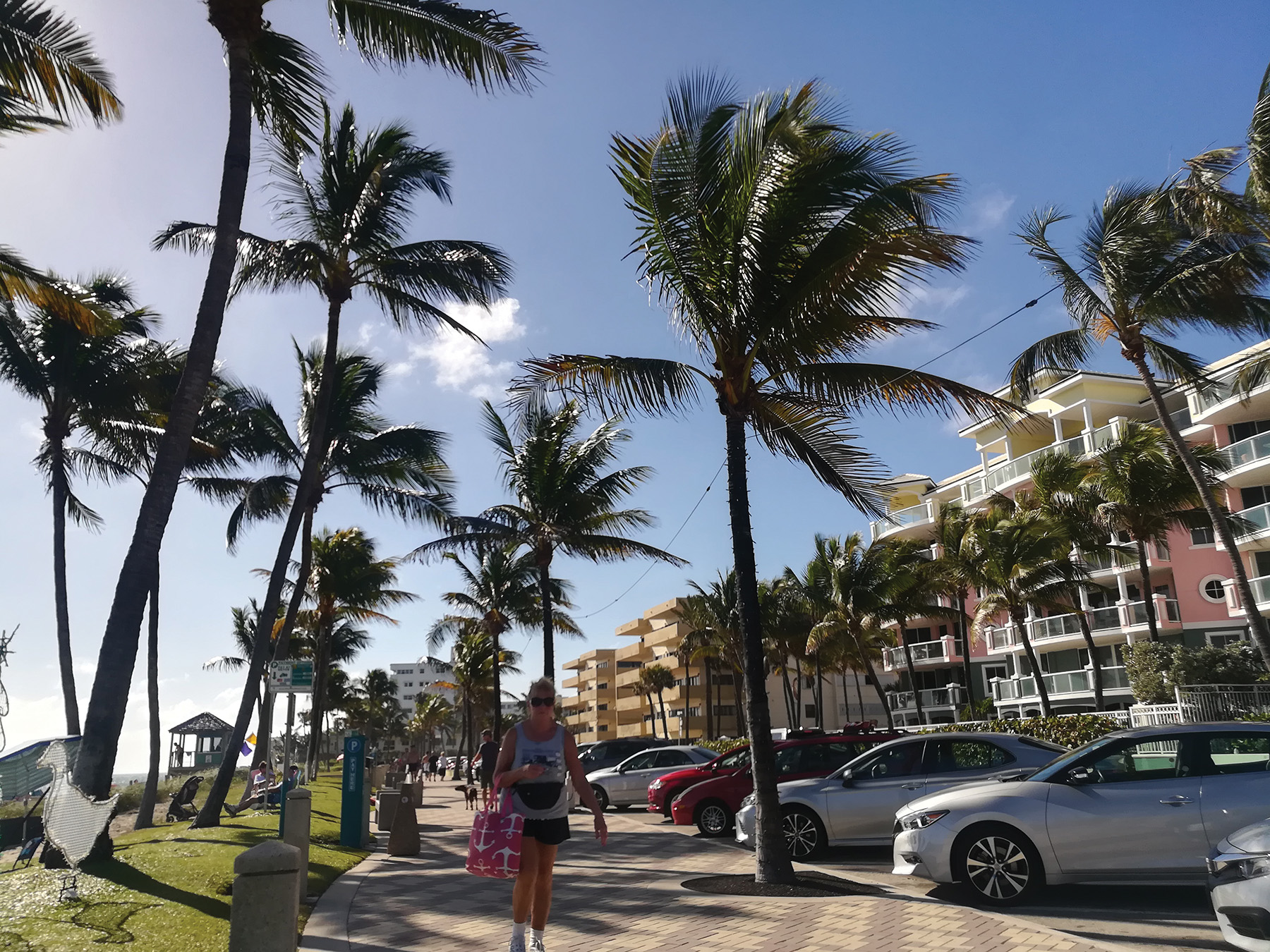 view of the Deerfield Beach waterfront, where a pastel boardwalk beckons
Photos by Wikimedia Commons

My parents inherited the apartment a few years after an Orthodox shul opened nearby. Now their building has a Shabbat elevator for its observant residents; a few condos over, the windows twinkle with reindeers and angels in December. In between, wintering Canadians bond over games of pétanque (lawn bowling) and kibbitz about the forecast back in Montreal. Everybody’s grandkids play by the pool and in the traffic-free parking lots on Saturdays, when impromptu picnics bring all kinds of neighbors together.

One thing many of the new arrivals have in common is a love for the beach and its inherent social quality, which is reflected in the energy surrounding the Broward beachfronts. Deerfield, Pompano and greater Fort Lauderdale beaches are open in every sense: They’re visible from the street and easily accessible, not hidden behind a wall of private high-rises, like many of their Palm Beach County counterparts. That may be why Deerfield and Lauderdale-by-the-Sea are starting to feel more like Miami than similar points north.

The Broward beachfronts also feature thoughtful public spaces, including well-maintained boardwalks and oceanfront seating, that encourage mingling. There are just enough sea-view watering holes to quench your thirst, but not so many that it feels like a scene. You can enjoy your own company, but you’ll never feel alone.

One night in Lauderdale-by-the-Sea, Oggi and I met up with two Canadian friends from graduate school in Spain; one now lives in Berlin, the other in Toronto. We sipped rosé on a sidewalk so buzzing that at one point two live versions of “Sweet Caroline” competed, Charles Ives-style, for patrons’ attention. Later we adjourned to someone’s parents’ condo by the beach, where Jordanian cousins were visiting from Montreal, and the host greeted my husband in Serbian.

Even in 2018, there are plenty of U.S. resorts where speaking Spanish (or Hebrew or Russian) turns heads, and not in a good way. I remember the looks we got in a mid-Atlantic beach town two summers ago with Zelda, then 3 — and realizing how badly I wanted to shield her, for as long as possible, from those who would make her feel uncomfortable about her family, which communicates in multiple languages.

I’m not suggesting that Broward County is free of prejudice or social tensions, of course, and as a visitor, I can hardly assess day-to-day dynamics. Certainly, it takes more than a common waterfront to cultivate relations between locals and visitors, different kinds of Jews, gated-condo snowbirds and Brazilian newcomers … though a free, pleasant public space definitely helps.

But as a family whose identity straddles languages and continents, I’m grateful to vacation along these friendly shores — where being a hybrid Jew, a hybrid American or any other hybrid requires no particular explanation. And where, as drones and seagulls fight for air space above, Zelda and I make new friends on the bench below.