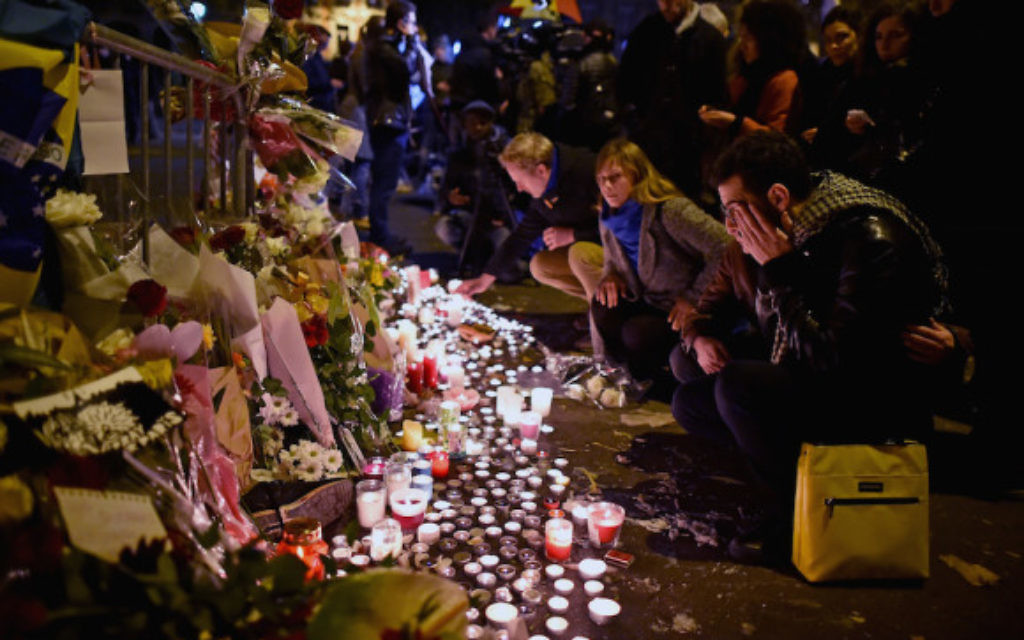 One of the suspected terrorists in the Paris attacks entered Europe with a flood of Syrian refugees, according to reports.

On Sunday, the death toll in the attacks on the French capital rose to 132 as some of the wounded succumbed to their injuries in the hospital.

Also Sunday, French Police issued an arrest warrant for a Belgian man, Abdeslam Salah, who is believed to be the brother of a terrorist who died in the attacks. Another brother was arrested in Belgium, according to reports.

"This individual is dangerous, do not interact with him," a police alert said of Salah.

One of the suicide bombers at a stadium in Paris has been identified as Ahmad al Mohammad, who arrived on a Greek island on Oct. 3 with Syrian refugees. He traveled to Macedonia, Serbia and Croatia, CNN reported. Two other suicide bombers at the stadium had fake Turkish passports, according to the cable network's report.

At least seven people have been arrested in Belgium for having connections to the attack. Two attackers have been identified as French citizens living in Brussels.

Also, a French citizen named Ismael Omar Mostefai, 29, who had been flagged for ties to Islamic radicalism, was identified as one of the assailants by a French judicial official who spoke to The Associated Press on condition of anonymity.

Meanwhile, an abandoned car believed to have been used by the terrorists was found in an eastern Paris suburb. Three Kalashnikov automatic rifles were found in the vehicle.

On Sunday evening, panic gripped crowds at one of the public memorials to the Paris victims erected at a site of the attack. People ran screaming from the memorial, though no reason was discovered for the panic. Police evacuated the site, forbidding crowds to gather again.

The French government declared a state of emergency in the country and has called for three days of mourning for the Paris attack victims.