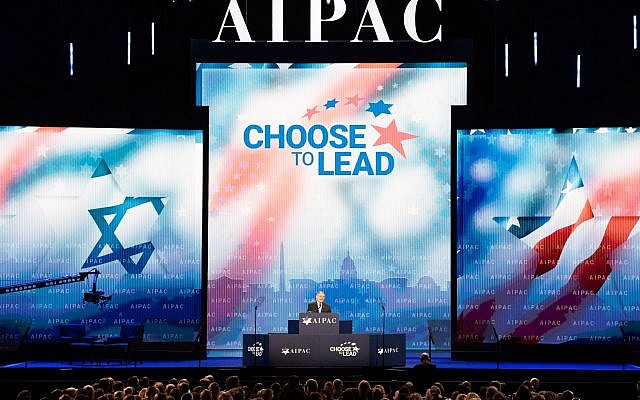 It seems that just about every year the national policy conference of AIPAC, America’s pro-Israel lobby, is fraught with tension and described as particularly crucial. This year is certainly no exception.

More than 18,000 people, including about two-thirds of Congress, will take part in the three-day program in Washington, D.C., beginning Sunday. It will feature Israeli Prime Minister Netanyahu, his chief rival in the upcoming national elections, Benny Gantz, officials from the administration and leaders of Congress from both parties.

As Staff Writer Shira Hanau reports, a key issue this year is the concern that bipartisanship, the mantra of AIPAC since its inception and key to assuring a strong U.S.-Israel relationship, is dangerously out of balance. Polls show Republicans far more favorable to Israel than to the Palestinians while Democratic support for Israel declines. Liberal Democrats are almost evenly divided in support for Israel and the Palestinians.

It is a matter of debate whether those political views are based on Israeli policies, anti-Semitism and/or emboldened criticism of Israel – and AIPAC – most notably from two new progressive Congresswomen who support the BDS movement. Democratic moderates, who tend to be older and are feeling squeezed by the energetic progressives, insist that the party remains strongly pro-Israel while President Trump has seized the wedge issue and widened it by reportedly asserting that “Democrats hate Jewish people.”

Added to the mix at AIPAC this year, which fortunately appears to have reversed its policy of keeping the press off limits at most sessions, is the heightened sense of drama over the upcoming Israeli election. How will the crowd respond to the largely unknown Gantz, a taciturn military man, and to their usual favorite, Netanyahu? The prime minister is more vulnerable this year, facing indictment for fraud and bribes and under fire for brokering a deal that would include militant Kahanists in a future coalition.

Many American Jews are troubled by similarities he shares with President Trump, like blaming the media and political rivals for their legal problems. But AIPAC delegates, at least the more vocal ones, tend to lean right.

After the speeches and the fanfare, the hard work of restoring balance to the bipartisanship will remain, as will AIPAC’s often overlooked but all the more vital effort these days to assure the U.S. be engaged globally and maintain its role as world leader.