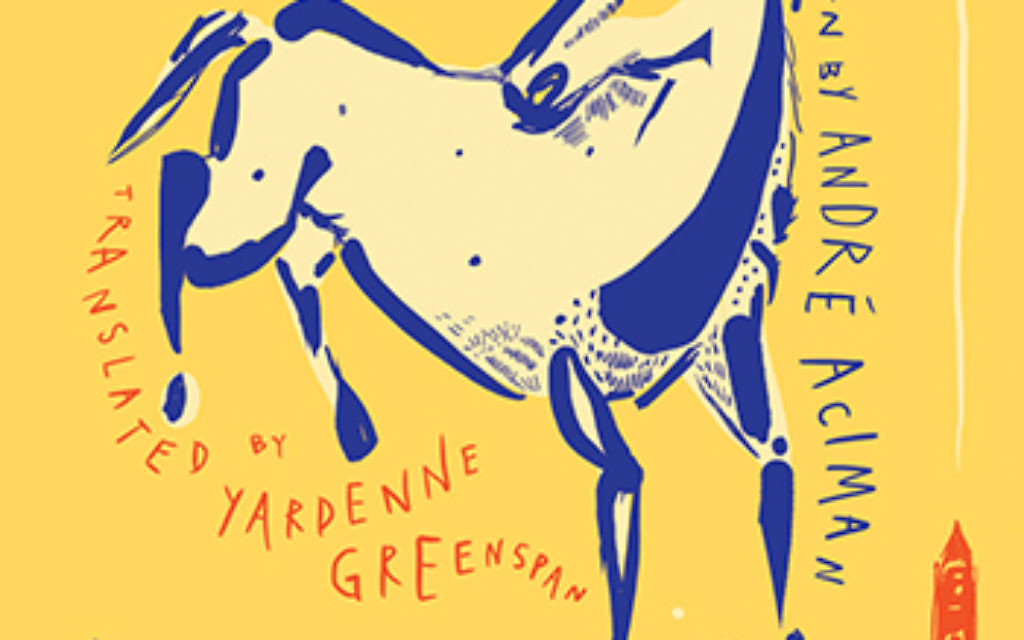 When the Egyptian-born writer Yitzhak Gormezano Goren began thinking of writing a novel in Israel in the 1970s, he considered subjects like Jerusalem, the kibbutz, the Holocaust and Tel Aviv, the kinds of themes Israeli writers dealt with. But he wasn’t that drawn to Jerusalem, hadn’t spent time on a kibbutz, didn’t have experience of the Holocaust, and while he loved Tel Aviv, he didn’t feel it was his subject, that it would have soul. While studying in New York City in 1975 and at a distance from the Middle East, he realized his story was the Alexandria of his youth, a world that was no more.

“I fell into the melting pot of Israeli Zionism,” Goren, who moved to Israel in 1951 as a 10-year-old, says in an interview. He explains that few Israelis in the Ashkenazi-dominated culture knew anything about the Jews of Arab countries.

Thirty-seven years from the time Goren left Egypt with this family, he published his first novel, “Alexandrian Summer,” which was both a critical and commercial success, in 1978. And, this year, another 37 years later, the book has been translated into English for the first time and published in the U.S.

The 74-year-old author is in New York City this week, at the beginning of his first American book tour. He has written a dozen books since “Alexandrian Summer,” including two more volumes in an Alexandrian trilogy as well as works for theater. He co-founded the Kedem Stage Theater in 1982, which promotes original Israeli work emphasizing non-European Jewish culture; founded a literary journal and publishing company; directed the short film “Prince of the Transit Camps” and, in 2001, received the Israeli Prime Minister’s Prize for Literature. An activist and patriot on the Israeli left, he is one of the founders of the Mizrachi Democratic Rainbow Coalition.

On Sunday, Goren was celebrated at the Center for Jewish History, in a lively program sponsored by several of the constituent organizations and several departments at New York University, featuring a panel discussion of “Alexandrian Summer’s” historical and political context. In addition, the author’s nephew Amit Goren premiered his film about returning to Alexandria with his father, “Alexandrian Summers Again and Forever.”

The novel is set over a summer in the Egyptian coastal city, which will be the last summer for the family of Robby, modeled after the author (whose parents named him after the actor Robert Taylor). These are Jews who feel very much at home in Egypt. Summer days are unhurried, afternoons long and the sun blazing. The beach is close enough to Robby’s family’s sprawling apartment for a barefoot run.

“Cosmopolitan to the bone,” Goren writes. “Speaking to one another in French, English, Spanish, Italian, Greek. They know only the Arabic they absolutely need.” (Goren’s own father spoke nine languages.) Robby’s two brothers left recently for Israel and his sister is sought after by David Hamdi-Ali, a successful, handsome jockey from Cairo whose family shares the apartment for the summer. The jockey’s father is a Turkish Arab convert to Judaism. Within the short novel are stories of coming-of-age, love, family loyalty, elegant night life, horse racing and women’s gossip about it all, with stirrings of anti-Zionism and anti-Semitism just outside.

When Goren was called to read from his novel, “Alexandrian Summer,” at the Center for Jewish History, he came onto the stage dressed as his grandmother, and read parts of her story, in her Ladino-accented English.

“If I’m a writer today, it’s not because of my intellectual father but because of my grandmother,” he says. “She would sit and tell stories. They were never about princes, but about her own life, as if she had studied writing. She had a sense of humor, timing, pace and suspense. “

“I took her inheritance and made a career out of her,” he adds.

The novel is beautifully written, with prose that captures the light and aura of the city and its rich cultural patina, as well as the emotional complexity of its characters. Goren’s style is simple, and in conversation he bemoans the pretentiousness of much Israeli writing. He worked closely with translator Yardenne Greenspan and feels that this edition most closely represents his original, which had been “embellished” by his Hebrew editors. A new Hebrew edition will be issued soon, based on this version.

While there have been wonderful recent memoirs about Jewish life in mid-20th-century Egypt like Andre Aciman’s “Out of Egypt” and Lucette Lagnado’s “The Man in the White Sharkskin Suit” (in fact, David dresses for an evening in a sharkskin suit, “white as the angel Gabriel”), there is little fiction written about the era.

In an introduction to the novel, Aciman writes, “Every Alexandrian remembers this way of life and knows it is forever lost. At the very least, “Alexandrian Summer” gives us one final, splendid season in this mythical metropolis.”

The novel was published by New Vessel Press, a new independent publishing house specializing in the translation of foreign literature. Since 2013, it has published 12 titles, and “Alexandrian Summer” is the second book translated from Hebrew. (The first was Shemi Zarhin’s “Some Day.”) Michael Wise, a co-founder of the press, says that “Alexandrian Summer” was recommended to them by a JTS professor.

It was Goren’s high school literature teacher who helped him find a publisher in 1977. The author was living in New York City, running the drama program at Yeshivah of Flatbush and studying for a master’s in theater at Brooklyn College, when he sent the novel to his teacher, who forwarded it to the prominent publishing house, Am Oved, where it was accepted. During that time in New York, Goren’s wife Shosha, who was teaching at a Solomon Schechter School, launched her own career as an actress.

Now, Goren splits his time between Tel Aviv and a moshav in the Galilee. His three grown children are involved in theater, literature, computers and book production, and one son has become religious.

While his own father was a devout atheist, he describes himself as a non-believer. “There is a God that exists in my son’s world. In my world he doesn’t. On the other hand I respect God’s existence.”

Goren believes that age 10 was a lucky age to come to Israel, as he’s able to see things as both insider and outsider. When the family arrived, its last name was Hebraicized, to Goren. But when “Alexandrian Summer” was published, for his middle name he reclaimed the family name, with its roots in Spain and a journey including Sweden as well as Turkey, Egypt and Israel.

The author is now working on a four-volume novel about Dona Gracia, the 16th-century businesswoman and Jewish leader, and also a film script, all written in the first person — he feels he understands Dona Gracia as she came from the same Spanish culture. He has also written about a 19th-century Baghdadi rabbi, and sees part of his mission as bringing Sephardi and Mizrachi historical figures to life. A lover of Tanach, he often quotes biblical text in his work.

“I pay the price for being a radical, for revolting against the cultural hegemony in Israel,” he says. “Being a radical gives you satisfaction — it’s fun to be mischievous. But it’s lonely. That’s why this book had to wait almost 40 years. I’m happy that I survived to see it.”