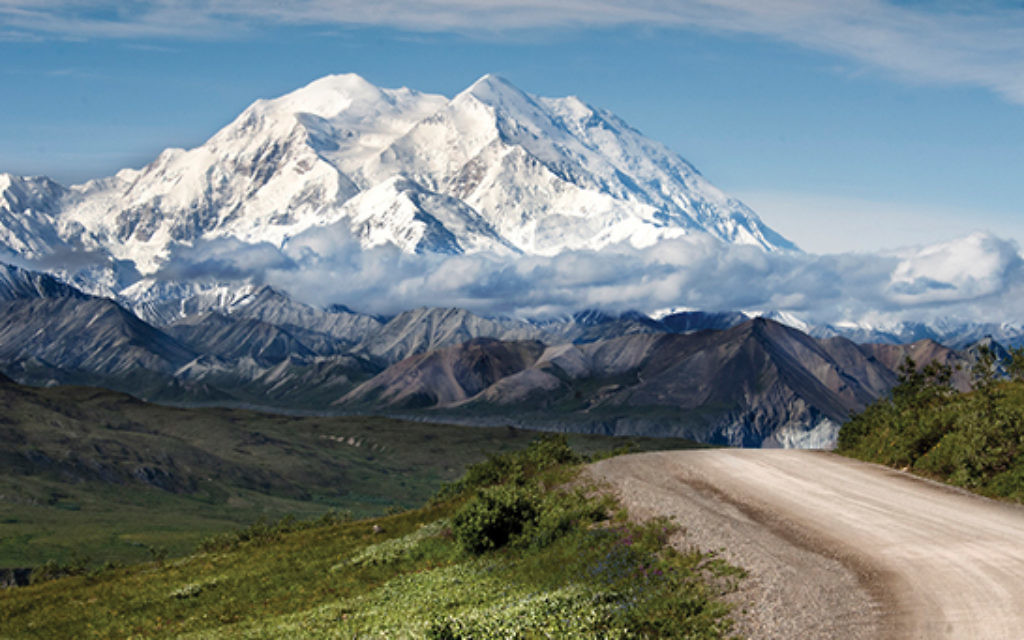 Up in America’s far northwest, the Jews of Alaska are known as the Frozen Chosen.

That irresistible moniker is proudly claimed by Orthodox and Reform congregants in Anchorage, the state’s Jewish home base; the Reform community of Juneau, the underwhelming capital; and Or Hatzafon, The Jewish Congregation of Fairbanks, which competes with Trondheim, Norway, for the title of world’s northernmost synagogue.

But for the curious traveler, Alaska offers the serendipitous thrill of discovering cultures as well, from native Tlingit and Haida to the roughly 6,000 Jews who call Alaska home. (Despite its tiny towns and vast wilderness, Alaska can be surprisingly social; one guide told me that tiny Ketchikan has 29 bars for just 8,000 people — and that back in the booming ’80s, there were twice as many!)

The singular cultures of America’s far north reveal the extremes of life in a place where Shabbat can start around midnight and end in the wee hours of Sunday morning. That long summer day can complicate plans for observant travelers; some opt to observe Shabbat according to the hour back home, while others plan carefully to avoid a sunny Saturday-night departure. Many Jewish visitors enjoy the relaxed feel of a lengthy Shabbat, embracing the languid sunshine of the polar region.

Cruises are popular here for a reason: Alaska is so enormous, and its maritime vistas so breathtaking, that sailing is the most efficient way for most people to survey the state’s greatest hits. But to understand Alaska, and in particular Jewish Alaska, it’s essential to spend time talking with locals.

As Bob Kaufman — Alaska tourism guru, founder of the Alaska Channel, and a prominent member of the Anchorage Jewish community — points out on his terrific travel website, Alaska.org, every Alaskan has a story. Jewish Alaskans, after all, are generally transplants, mostly from the Northeast. The common denominator is a passion for the singular landscape and tough but rewarding lifestyle of America’s far north.

Locals boast that Alaskan synagogue affiliation and Shabbat observance rates are roughly double those for American Jews overall, which confirms what I’ve observed in many far-flung corners of the U.S.: In places where feeling Jewish requires effort, Jews are more likely to make that effort by getting involved with a community.

With North America’s highest peaks as its backdrop, Anchorage is the heart of that community in Alaska, home to around 80 percent of the state’s Jewish population. The city is home to the vibrant Reform Congregation Beth Sholom — founded in the 1950s — as well as the Esforme Jewish Campus, which houses the Lubavitch Jewish Center of Alaska, the state’s only Orthodox shul, and its busy preschool. Visitors are warmly welcomed: You can book Shabbat meals, drop by the mikveh, arrange a guided Jewish tour for groups as small as five, even pick up frozen kosher meals at a nearby market to take on a hike or wilderness excursion.

The campus also hosts the Alaska Jewish Museum, a must-see for understanding the Frozen Chosen. In rotating and permanent galleries, the museum tells the story of a most unique Jewish community; one exhibition, for instance, spotlights the role played by Alaska Airline pilots who rescued postwar Jewish refugees, transporting them in Alaskan jets to the fledgling State of Israel.

For independent travelers — especially those who opt not to cruise — friendly, small-town Anchorage makes an ideal Alaskan home base. There’s abundant shopping (albeit for furs, books and native souvenirs rather than high fashion), pubs full of chatty locals, fresh seafood restaurants, and plenty of scenery within easy reach.

Anchorage serves as a jumping-off point to numerous quintessentially Alaskan experiences. It’s the gateway to Denali National Park, with its awe-inspiring snowy peaks and Mt. McKinley, and to Kenai Fjords, where whales and seals bob alongside your boat.

Hikers can trek alongside moose in wilderness trails in and around the city, while the less athletic (such as yours truly) can take in Alaska’s staggering beauty in myriad ways — from scenic highways and small tour boats that ply pristine coves to “flightseeing” tours, which offer bird’s-eye-view access to places like Mt. McKinley and remote, stunning Lake Clark National Park (the latter is off-limits to cars and famous for its bears).

Nature aside, downtown Anchorage is prosaic to look at. But connoisseurs of pretty small towns will enjoy Ketchikan, a popular cruise-ship port of call. Tucked into densely forested mountains, enveloped in perpetual mist and fog, lively Ketchikan has a Pacific maritime climate and green, woodsy feel more reminiscent of Seattle than Siberia.

The colorful wooden houses remind me of Norway — but the totem poles around town, the crafts shops full of wooden souvenirs, and those 29 bars feel like nowhere but Alaska, a place large and diverse enough for everyone.