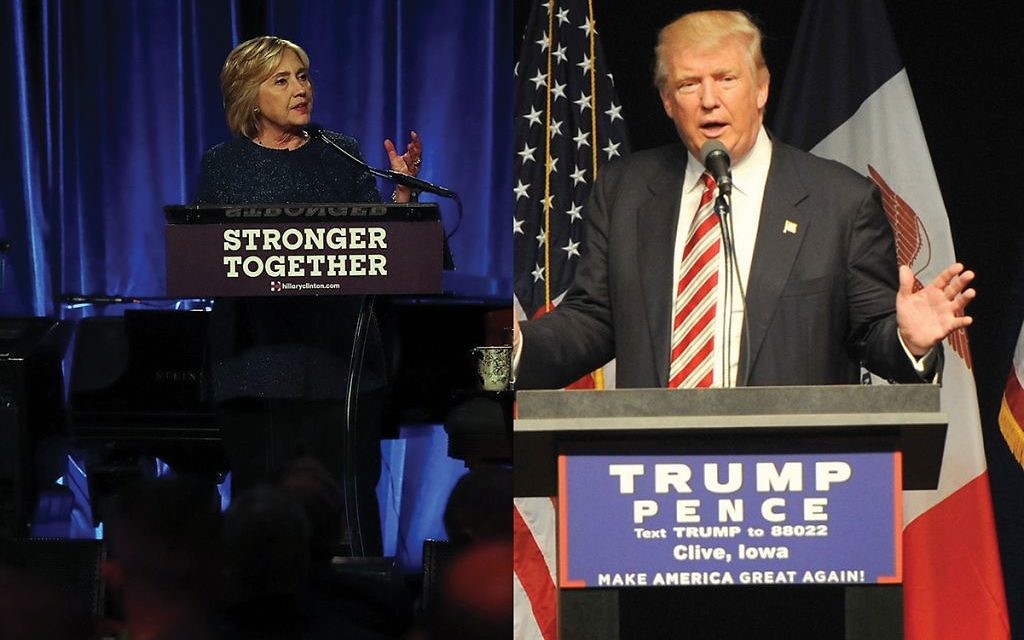 Jewish voters, who traditionally favor the Democratic Party’s presidential candidate by a large margin, support Hillary Clinton in the looming 2016 election, but by a smaller plurality than in many recent national elections.

That is the finding of a survey released Tuesday by the American Jewish Committee.

According to the AJC’s 2016 Survey of American Jewish Opinion, based on a sample of 1,002 Jews over age 18, Clinton would receive 61 percent of the Jewish vote if the election were held today, while Donald Trump, the Republican candidate, would receive 19 percent. Libertarian Gary Johnson would receive 6 percent; the Green Party’s Jill Stein, 3 percent; 8 percent of the people surveyed said they would not vote.

Trump’s total would be comparable with those of many Republican candidates, who normally trail Democrats in the Jewish vote. John McCain received 22 percent in 2008; George W. Bush 24 and 19 percent, respectively, in his 2004 and 2000 races; and Robert Dole, 16 percent, in 1996.

According to the AJC survey, Clinton would be better than Trump in handling terrorism (by a 58-to-22 percent margin), promoting U.S.-Israel relations (57 to 22 percent) and dealing effectively with Iran (58 to 19 percent).

The survey found that 51 percent of American Jews identify as “liberal” or “lean liberal,” while 24 percent says they are “conservative” or “lean conservative.”

A similar AJC survey conducted nearly a year ago found that Clinton received the most support of candidates for the Democratic nomination (39.7 percent, to 17.8 for Bernie Sanders and .6 for Martin O’Malley), while Trump was the most popular Republican candidate (10.2 percent, to 8.7 for Jeb Bush and 3.8 for Rand Paul).