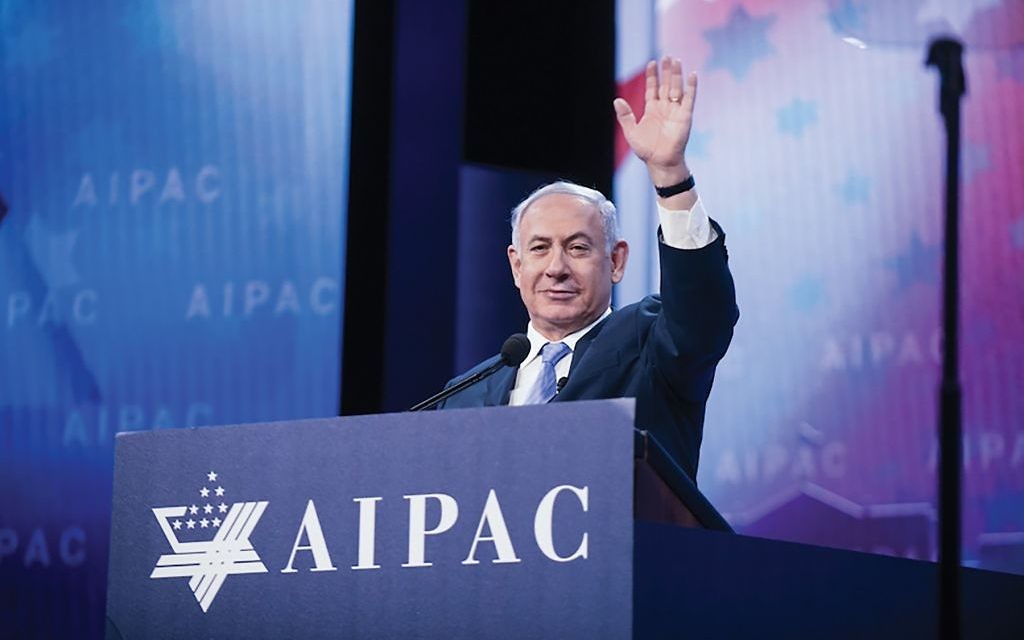 On the eve of the AIPAC policy conference, when the powerful pro-Israel lobby choreographs what is usually a stunning show of Israel’s deep support in Congress, seasoned AIPAC watchers are grasping for metaphors to describe a changing, and potentially perilous, dynamic on Capitol Hill.

“This stuff,” meaning AIPAC’s troubled bipartisan credentials, “has been bubbling right on the surface” for at least 10 years, Tom Dine, the group’s former executive director, told The Jewish Week. He was referring to the years roughly coinciding with the elections of President Barack Obama in 2008 and Benjamin Netanyahu in his second stint as Israel’s prime minister a year later.

“There are a lot of broken fences” — with the Democrats — “that need mending,” said former AIPAC staffer Doug Bloomfield.

And in the most ominous language of all, Aaron David Miller, a former Middle East negotiator for Republican and Democratic administrations and currently a vice president at the Woodrow Wilson International Center for Scholars, told The Jewish Week: “The adhesive that has created a degree of bipartisan support — where Democrats and Republicans support Israel for any number of reasons — is under its greatest stress point since the inception of the U.S.-Israeli relationship.”

The rhetorical heavy armor is a sign of what’s at stake. And this year’s conference, which begins Sunday, may hint at how AIPAC — and the broader pro-Israel community that gathers at its annual conference — is responding to reports of an accelerated slipping of bipartisan support for Israel.

Adding another layer of complexity to the conference is the presence of Israeli Prime Minister Benjamin Netanyahu. He has been the darling of congressional Republicans, but his ruling coalition has staked out hard-right positions that have irked Democrats in Congress and a wide swath of American Jews, including young progressives. In addition, the prime minister faces indictment at home, and he has been widely criticized for brokering a political deal that would allow militant Kahanists to join his coalition should he win the national election next month. 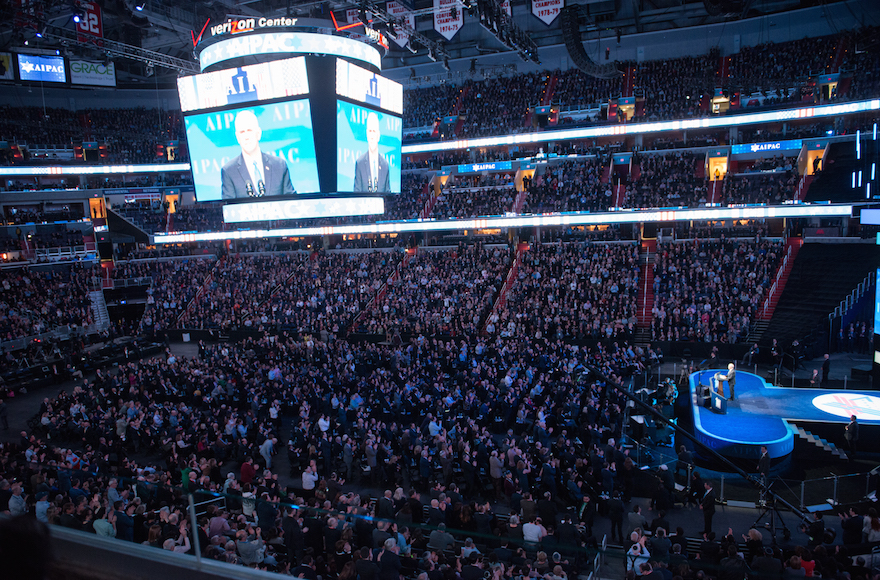 How he will be greeted when he speaks at the conference is sure to be closely watched.

Several new initiatives over the past few months signal a growing sense of urgency at AIPAC around recruiting centrist supporters to the pro-Israel cause; progressives have sought to pull the Democratic Party to the left on Israel and some Republican donors are pushing for harder-line positions on the Jewish state. A new organization, the Democratic Majority For Israel, was founded in February by a number of AIPAC board members and supporters including Ann Lewis, a former adviser to Bill and Hillary Clinton and a speaker at this year’s AIPAC conference.

And this week saw the launch of a new organization led by several AIPAC alumni, Pro-Israel America. The political action committee allows donors to give up to $2,800 per candidate, capitalizing on the smaller-dollar fundraising approach now popular among progressive voters and candidates. The new organization will essentially open up to small donors an opportunity long provided to large donors by AIPAC staffers seeking to support pro-Israel candidates. Of the candidates endorsed on Pro-Israel America’s website so far, 13 are Republicans and 14 are Democrats.

Whether AIPAC can continue to command support for Israel among Democrats, including the more progressive members of the party in the House, is clearly a question of concern for the pro-Israel community, though left-leaning critics of the organization are skeptical about whether AIPAC can regain credibility with young progressives.

“They’re simply interested in preserving and strengthening the U.S.-Israel relationship, but as Israel’s government has become more and more right wing, they haven’t done anything to confront that, at least not publicly,” said Nathan Hersh, former director of Partners for Progressive Israel. (In a very rare move, AIPAC actually criticized Netanyahu on the Kahanist party deal.) Netanyahu’s main rival in Israel’s April 9 elections, Benny Gantz of the centrist Blue and White party, a little-known figure to most AIPAC attendees, is also scheduled to speak at the conference.

AIPAC is aware that it has trouble with progressive Democrats, said Michael Koplow, Israel Policy Forum’s policy director, who noted that AIPAC has employed progressive outreach directors in recent years. “But frankly, I’m not sure that there’s much they can do about it. The stuff that is driving Democrats away is not a matter of providing better packaging; it’s that some Democrats don’t like the substance of what they see coming out of Israel,” a reference to the rightward lurch of Netanyahu’s ruling coalition, especially on issues surrounding pluralism and human rights. 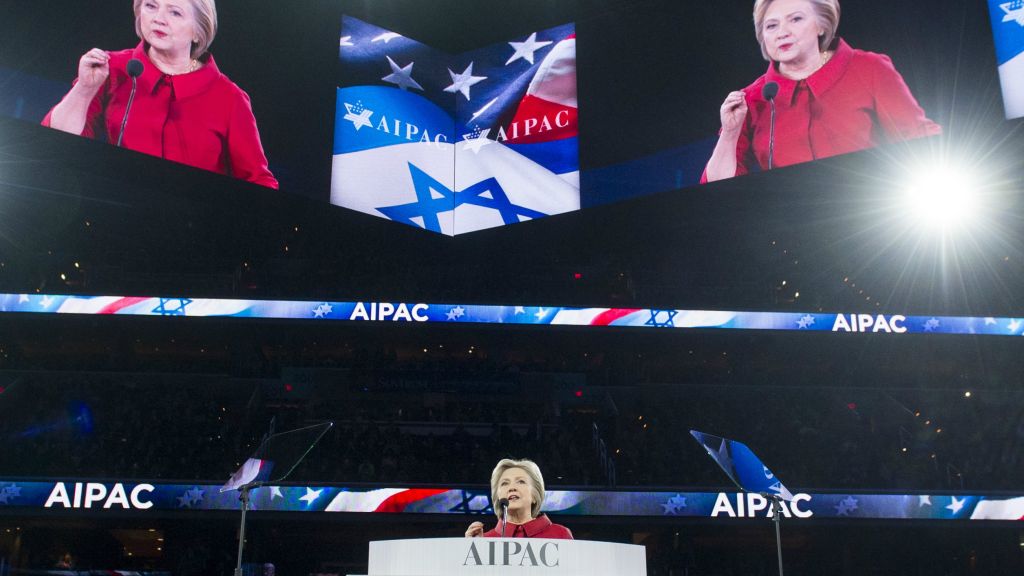 Hersh agreed: “It’s a values issue, it’s not a specific tactic or a specific policy. … The more we talk about how those [values] aren’t being met, the better off Israel will be.”

And yet, AIPAC is also having to balance those on the right who are concerned about a two-state solution to the Israeli-Palestinian conflict and concessions Israel might have to make to bring it about. Still, with planned speeches by Senate Minority Leader Chuck Schumer, House Speaker Nancy Pelosi and House Minority Leader Kevin McCarthy, AIPAC’s influence with members of both parties will be on full display.

“The official conference line-up generally tries to do what it can to demonstrate that there is support for Israel among Republicans and Democrats and that this is truly a bipartisan issue,” said Koplow. “But when you walk around and you look at the conversations in the hallways and in the lobbies, there’s almost always an undercurrent that Israel is having a more difficult time with Democrats than with Republicans.”

Much of the recent debate around Israel was sparked by a series of tweets by Rep. Ilhan Omar, elected to Congress in November from a diverse district in Minneapolis, who many have accused of engaging in anti-Semitic rhetoric. One of the tweets, playing on the old stereotype of Jews and money, suggested that congressional support for Israel derived from AIPAC giving campaign contributions to members; AIPAC does not give directly to candidates. (See story on Omar on page 20.) The conference also comes on the heels of increased attempts by Republicans to market their party as the most supportive of Israel. President Trump, who has moved the U.S. embassy from Tel Aviv to Jerusalem and recognized Jerusalem as Israel’s capital, recently asserted that Democrats “hate Jewish people” and promoted the idea that Democrats do not care about Israel. Pro-Israel Democrats have disputed that notion. 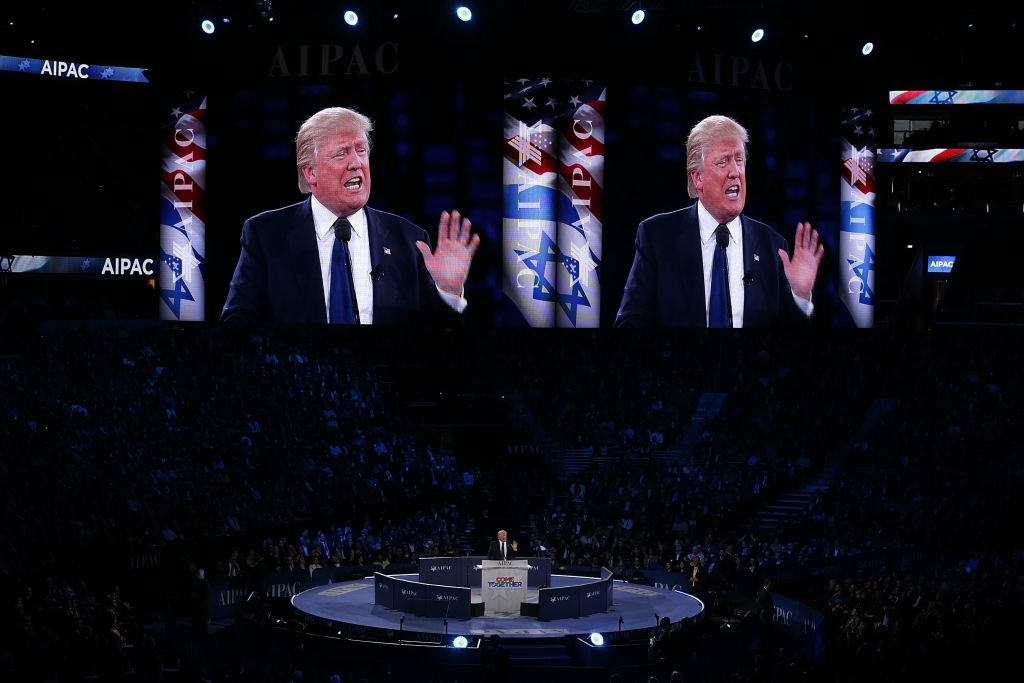 “We reject Republicans’ attempts to politicize U.S. support for Israel … but there is no question that their attempts to do so have increased in recent months,” said Halie Soifer, executive director of the Jewish Democratic Council of America. “We saw that in the Senate’s repeated votes on the anti-BDS bill and the fact that they forced that vote during the government shutdown. The overwhelming number of Jewish voters are confident in where Democrats are on this issue … so there’s this disconnect between the political narrative that the Republicans are peddling and the reality.”

In a statement to The Jewish Week, AIPAC spokesman Marshall Wittmann said, “AIPAC is committed to continuing to build a strong bipartisan congressional coalition in support of the U.S.-Israel relationship. This bipartisan approach is the only way to guarantee that U.S. support for the Jewish state is durable and long-lasting.”

Elections Could Make A Difference

The specter of the 2020 presidential election, which has already begun in earnest, looms over this conference. Of the wide field of Democratic candidates, none have confirmed their attendance at this year’s conference.

“Among the 20 candidates, there is nearly unanimous support for a strong U.S.-Israel relationship, for military funding for Israel, and opposition to BDS,” said Soifer. Speaking of Reps. Omar and Tlaib (D-Mich.), who have been outspoken in their criticism of Israel, Soifer said their positions were outliers within the Democratic Party. “They don’t represent the mainstream party’s view on this issue, and they don’t represent Jewish Democrats’ view on this issue for the most part. And I think their influence in terms of U.S. policy towards Israel has been greatly exaggerated in the press.”

Miller isn’t so sure, though he is skeptical of claims that younger progressives represent a sea change in the party just yet. “This AIPAC conference will be interesting, but it’s a footnote in comparison to the more central question,” he said. “Is this new political space that has opened up — in my judgment not terribly adroitly, to say the least — by a younger generational split in the [Democratic] Party, is it a headline, or is it a one-off?” 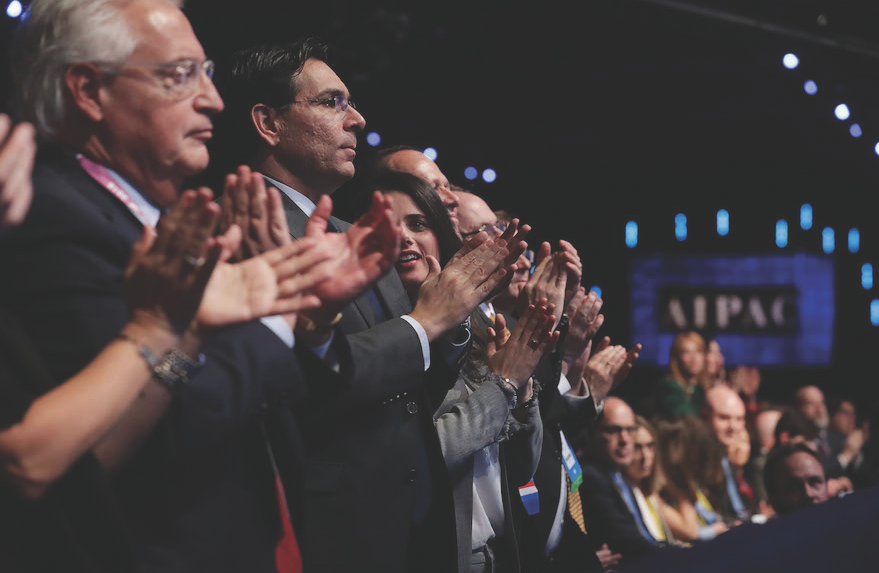 With elections in Israel and the United States set to take place over the next two years, AIPAC could soon be dealing with a vastly altered cast of political characters.

But for now, the fact that Israel has become a fiercely contested wedge issue in Congress is lost on no one.

At a hearing of the House Appropriations Committee last week, Rep. Nita Lowey (D-Westchester) asked AIPAC CEO Howard Kohr about the consequences of turning support for Israel into “a political football.”

“We will do everything we can [to make sure] that that bipartisanship remains,” Kohr said, according to JTA. “Support for Israel is not a Democratic issue, it’s not a Republican issue and we believe that.”

Despite Kohr’s words, “AIPAC is perceived as on the right or right of center,” said former AIPAC executive director Dine. “And,” he said, “in the words of my grandmother, I don’t think that’s good for the Jews.”