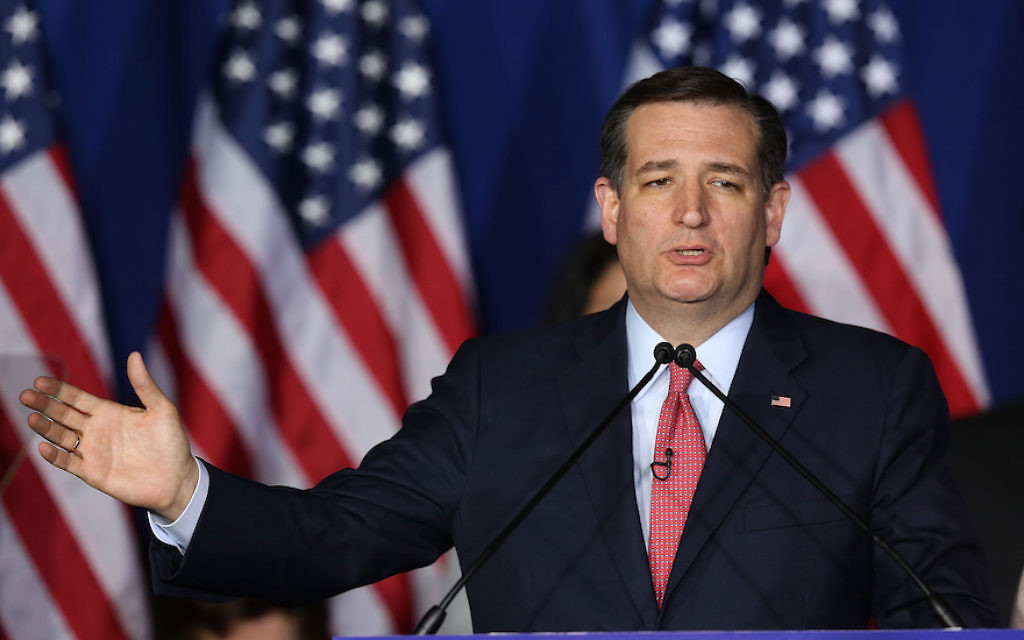 Washington — Donald Trump became the presumptive Republican nominee for president after trouncing his opponents in Indiana, driving Sen. Ted Cruz, R-Texas, out of the race.

Bernie Sanders, the Independent senator from Vermont, bested Hillary Clinton in Indiana’s primary on Tuesday, but the former secretary of state still has the advantage in the Democratic race.

After it became clear that Trump had swept Indiana, Reince Priebus, the chairman of the Republican national Committee, tweeted that the party should unite behind its candidate.

Still in the race is Ohio Gov. John Kasich, but he has no chance of catching Trump, who has 1,007 of the 1,237 delegates needed to win the nomination. Kasich, who has 153 delegates, has for decades been close to the pro-Israel establishment in his state and nationally. He rose to the top ranks of Congress during his 1983-2001 stint in the U.S. House of Representatives. He has criticized the Obama administration for making public its disagreements with Israel, and for giving up to much in the Iran nuclear deal.

Trump, a real estate magnate and reality TV star who has attacked his party’s establishment and characterized his opponents as losers and prevaricators, would be the first Republican nominee never to have served in government or as a military leader since Wendell Willkie, the business executive defeated by Franklin Delano Roosevelt in 1940.

He took his Cruz-bashing to new levels the day of the Indiana vote when, in a Fox News Channel interview, Trump appeared to accuse the Texas senator’s father of involvement in the assassination of President John F. Kennedy, while producing no credible evidence.

After Cruz withdrew Tuesday night, Trump praised his rival, calling him “brave” and “a hell of a competitor.”

Cruz bowed out in a speech to supporters who wailed and cried out, “No!” He said Trump’s win in the state had “foreclosed” his own path to the nomination. Notably, he did not praise or congratulate Trump.

Cruz’s withdrawal means an unalloyed supporter of the right-wing pro-Israel outlook will not be the Republican presidential nominee for the first time since 1996, when then-Republican Senator from Kansas Robert Dole got the nod.

Trump has in recent weeks upped his pro-Israel rhetoric, but in December, when he spoke to the Republican Jewish Coalition while the field was still crowded, he said he would be neutral in brokering Israeli-Palestinian peace and he would not commit to recognizing Jerusalem as Israel’s capital.

He walked back those positions in March when he addressed the American Israel Public Affairs Committee, but his speech notably did not mention defense assistance to Israel. Trump had, the same day of the AIPAC speech, said he would consider including Israel among the countries he believes should pay for U.S. protection.

Trump told the Daily Mail in an interview published Tuesday that there should be no “pause” in Israeli settlement building, as President Barack Obama has demanded.

“No, I don’t think there should be a pause,” he said. “Look: Missiles were launched into Israel, and Israel, I think, never was properly treated by our country. I mean, do you know what that is, how devastating that is?”

Trump in his speech at his headquarters in New York showered praise on his family, including his Jewish son-in-law Jared Kushner. “We’re going to start winning again and we’re going to win big league, believe me,” he said.

He called for Republicans to rally behind him and thanked Priebus for his support. “We have to bring unity,” Trump said.

Sanders said the win kept him in the race, although Clinton’s 2,220 delegates out of the 2,383 needed to win make her the prohibitive favorite. The next Democratic contest is in West Virginia on May 10.