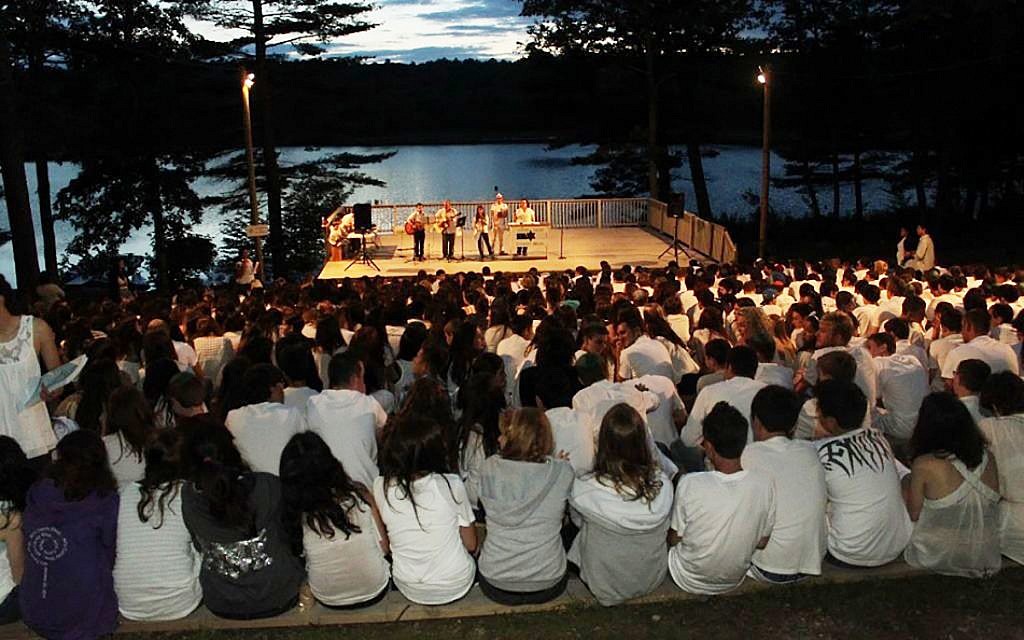 An independent investigation undertaken by NJY Camps last spring found that at least 11 women accused Len Robinson of sexual harassment or assault, according to an internal memo. Via NJYcamps.org

In a stinging rebuke of one of his constituent agencies, the chief executive of a New Jersey Jewish federation has called for the resignation of the entire 60-member board of NJY Camps, the largest Jewish camp complex in North America. The action came after the results of an independent investigation found that board members knew for years about the predatory behavior of former executive director, Len Robinson, but failed to act.

“The investigators’ report … is a shameful, damning, heart-breaking and miserable study in leadership failure,” wrote Dov Ben-Shimon, executive vice president and CEO of Jewish Federation of Greater MetroWest, NJ, in a letter to his board of trustees and senior management last week. 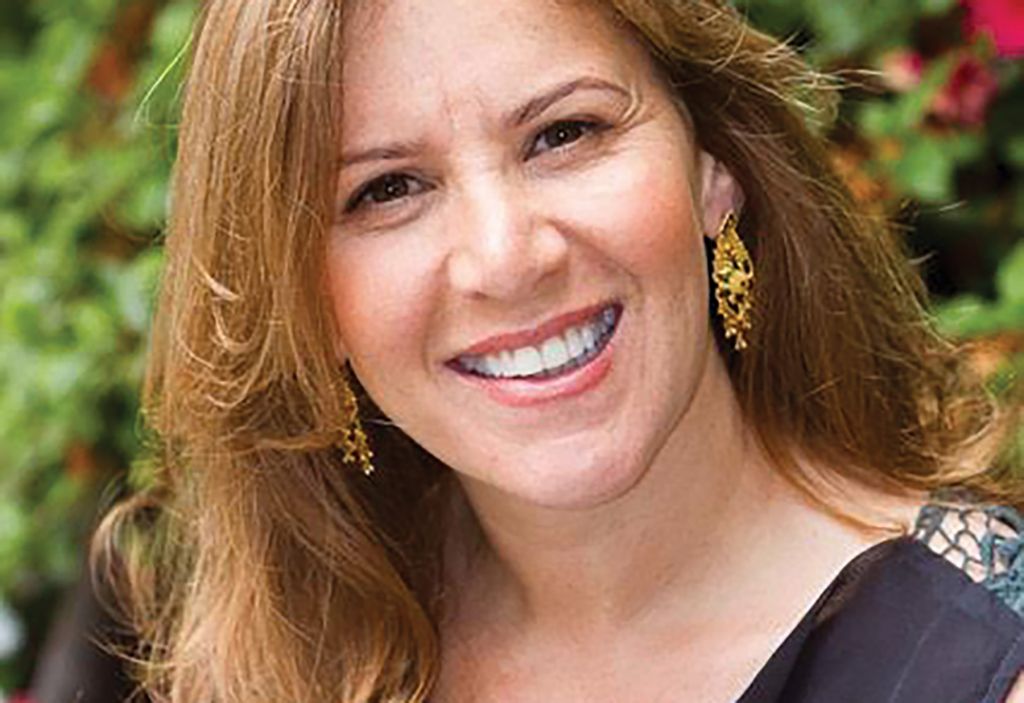 The letter, obtained by The Jewish Week, refers to a full investigative report commissioned by NJY Camps’ leadership in April after this paper published allegations of sexual misconduct against Robinson going back decades. Robinson was forced to resign from his position as executive director the day before The Jewish Week’s first report was published. His resignation came less than a month after Debbie Findling, a philanthropic adviser in the San Francisco Bay Area,  wrote an op-ed in The Jewish Week detailing how she had been sexually harassed and propositioned for sex by a communal leader she later identified as Robinson.

Ben-Shimon confirmed that he had sent the memo to his board and senior management, though he said he was unable to comment further on the “internal matter.”

“I believe that all people of good will share a common concern for the welfare of our children — as campers and as counselors,” Ben-Shimon told The Jewish Week in an email. “It is our communal obligation to provide for their safety and security.” He confirmed that MetroWest federation “supports NJY Camps through a variety of financial and service partnerships.” 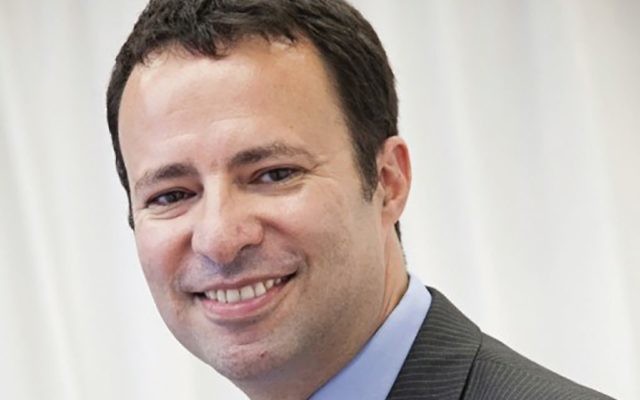 When asked if his federation will continue to support the camp financially as a result of the report’s findings, Ben-Shimon wrote, “We can only hope that the NJY leadership moves swiftly and appropriately.”

The investigators’ report … is a shameful, damning, heart-breaking and miserable study in leadership failure.

Last April, Peter Horowitz, president of the NJY board, stated that no allegations had arisen against Robinson during his tenure at NJY Camps. “It is clear from the results of the investigation that my initial understanding was incomplete,” he told The Jewish Week in an email. “I now believe that Robinson engaged in sexually inappropriate behavior during his tenure at NJY Camps.”

Responding to Ben-Shimon’s letter, Horowitz stated: “without question the independent investigation points to a failure of oversight of Len Robinson by the NJY Camps board over a long period of time.” Horowitz said the board has accepted and is currently working to implement all of the independent firm’s recommendations, including replacing board members who knew — or “should have known,” according to the report — about Robinson’s conduct.

Without question the independent investigation points to a failure of oversight of Len Robinson by the NJY Camps board over a long period of time.

Though the independent investigation, conducted by the law firm McCusker, Anselmi, Rosen & Carvelli, P.C. (MARC), was completed in September, leadership at the organization declined to disclose the full report to the public or the press “in order to maintain the confidentiality of those involved,” said an NJY Camps spokesperson. However, after “negotiation,” Ben-Shimon and Jason Shames, CEO of the Jewish Federation of Northern New Jersey, were “granted access to a full review of the report,” according to Ben-Shimon’s letter.

The report unearthed 11 cases in which Robinson — during his 25-year tenure as NJY’s top executive — “harassed, abused, mistreated, intimidated and harmed women,” Ben-Shimon reports. Robinson did so “occasionally under the influence of alcohol” and would use “NJY funds” to “pay off victims.” Robinson was compensated just short of $500,000 a year, according to the organization’s most recent tax filings. 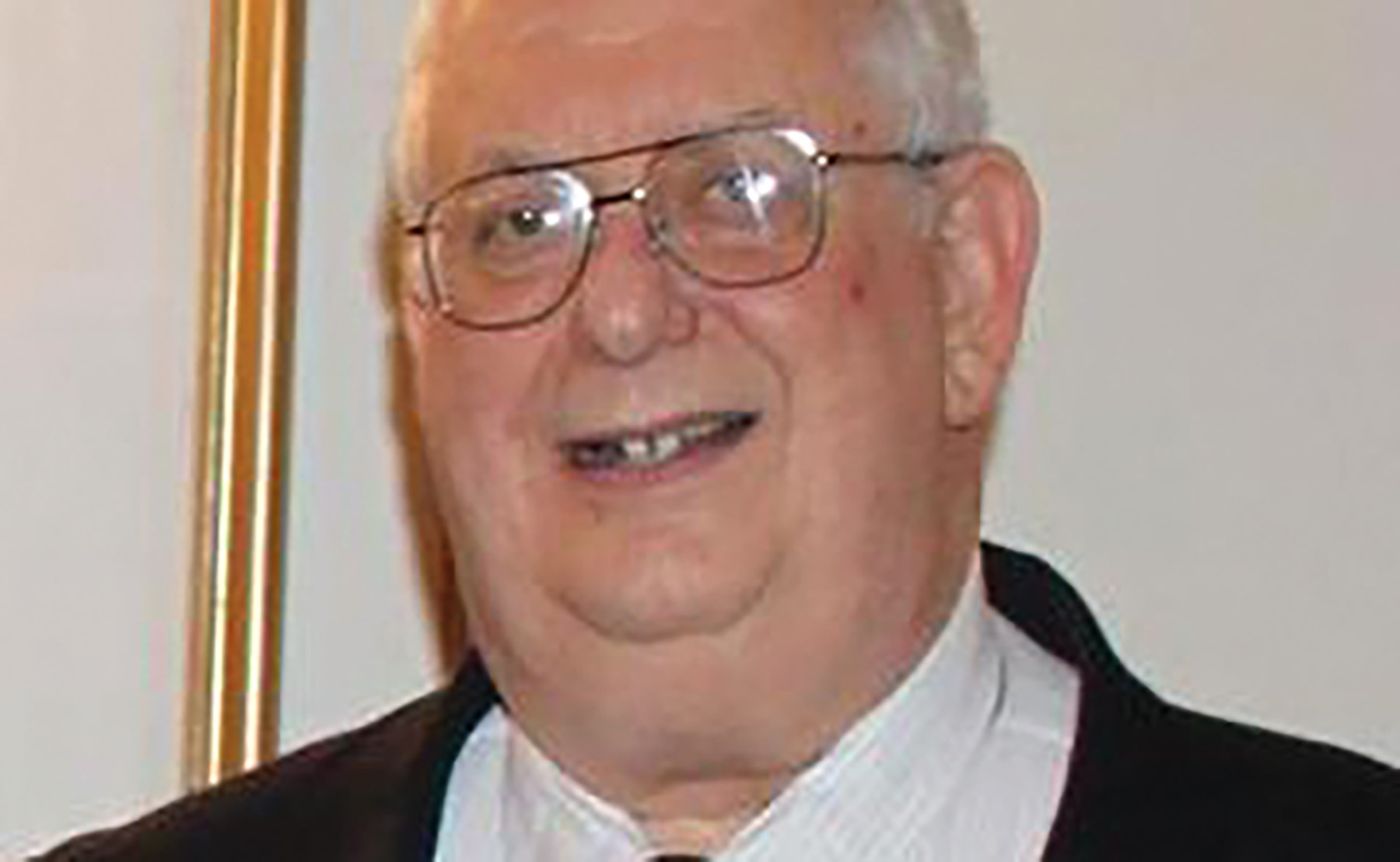 Len Robinson was forced to resign as director of NJY Camps in April after allegations of sexual misconduct surfaced.

Reached by The Jewish Week on Tuesday, Robinson declined to comment.

The report “clearly points to the fact that many in the senior board and past president leadership knew of [Robinson’s] behavior and did nothing to prevent it,” Ben-Shimon writes.

Shames said he supports Ben-Shimon’s recommendations, including the call for the NJY board to resign.

“As federation leaders, we have a responsibility to the Jewish community, and to all of our donors, to follow-through on moral justice,” he said in a statement. NJY Camps’ attempt to “operate in a vacuum” is “not the right strategy.”

“It is entirely within the purview of federation leaders to get engaged,” he said, adding that several NJY board members “were complicit in this.”

When Ellen Goldner, a former employee of NJY Camps and the former president of the MetroWest Federation, took the immediate past president of NJY Camps out to dinner three years ago to “talk about the Len problem,” she thought the matter would be addressed. 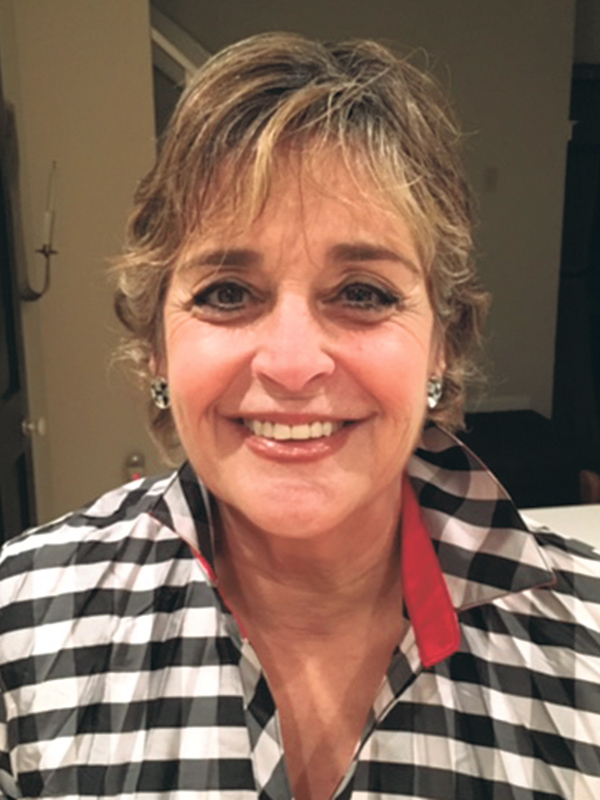 Ellen Goldner, a former employee of NJY Camps, brought concerns about Robinson to the attention of board leadership — but was dismissed.

Goldner, who worked as development director for the organization at the time, had become personally aware that Robinson was sexually assaulting female staff members. One woman, who worked for NJY Camps at the time, confided in Goldner that Robinson had forced her to perform sex acts on numerous occasions in exchange for money and other bribes to ensure her silence. The woman, who feared for her job, sent anonymous letters to the NJY board at the time warning them that Robinson was a “sexual predator,” Goldner said in an interview with The Jewish Week.

Before the allegation came to her attention, Goldner said she had known Robinson to be “incredibly verbally abusive” — she recalled Robinson “harassing me in public many times.” Goldner said she eventually grew so tired of “Len screaming at me every day” that she agreed to continue working for the camp on the condition that she work from home and “never have to deal with Len again.”

Still, Goldner said she did not know Robinson to be “sexually abusive” until the younger female staff member confided in her several years ago.

When she learned about this information, she and her husband, Allan Goldner, arranged to take Bruce Tucker, the immediate past president of NJY Camps, out to dinner to relay the concerns, she said. (Goldner did not inform Tucker of the woman’s name at that time.) Goldner shared details of the woman’s allegations with Tucker and prodded him to investigate the matter further.

“He didn’t even pretend he was going to deal with the problem,” Goldner recalled. She remembered Tucker brushing off the allegations at the dinner meeting. “He said, ‘Financially, we need Len. If this woman won’t come forward, what are we supposed to do about it?’” Tucker did agree to “mention” the matter to his fellow board member, Bruce Nussman, another past president, according to Goldner. To the best of her knowledge, Tucker did not investigate the matter further; she stepped down from her position at the camp shortly thereafter.

“He didn’t even pretend he was going to deal with the problem.

Tucker, who remains on the NJY board, according to a current board member, did not respond to requests for comment. 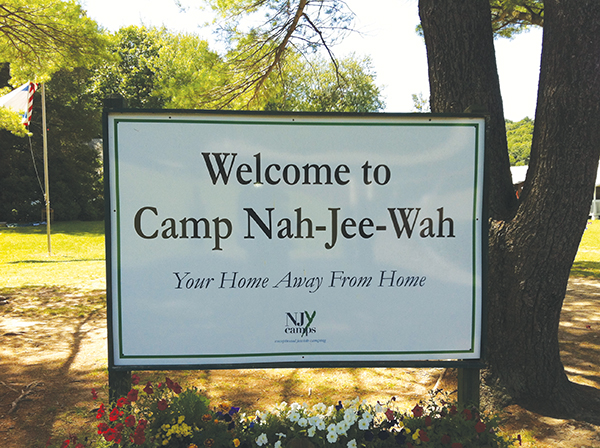 Nussman, who served as president from 2004 to 2007, said that he was “never contacted by Bruce Tucker” about this matter. “Had I been made aware, I would have taken very strong steps,” said Nussman, who stressed his longtime “emotional and financial” commitment to the camp, which he attended on scholarship at age 7. “I would never do anything to jeopardize this camp.”

Jonathan Drill, another past president who allegedly knew of Robinson’s behavior and provided, unprompted, the name of one victim who had been sexually assaulted by Robinson, according to an internal memo submitted to the investigators, declined to comment.

‘He Was ‘Big Len,’You Couldn’t Miss Him’

As the NJY board reckons with the fallout of the investigators’ findings — and as more women continue to come forward with allegations against Robinson — camp itself will go on, said Shames, whose federation provides nearly $1 million in scholarship funds to families who send their children to Jewish camps. Over 50 percent of families awarded scholarships select camps under the NJY umbrella, said Shames. 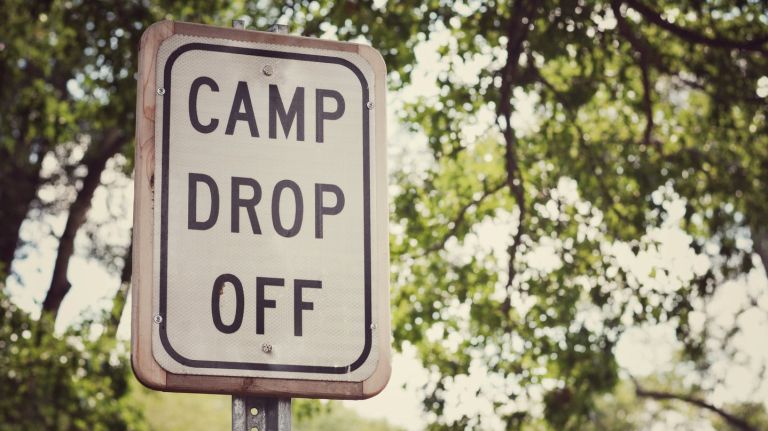 “I don’t want the camp product to get lost in a story about a guy who did some bad things,” said Shames. “NJY Camps does too much good to be hurt by this — or worse, lost. If the camp experience goes away because of one individual’s shortcomings, we as a system have failed.”

For this upcoming summer, his federation will continue to provide scholarships to dozens of families attending NJY Camps, he said. “We do not want families or campers to suffer because of this.”

Shames said his two children will continue to attend NJY Camps. “The report does not indicate that [Robinson] posed any harm or safety issues to the campers,” he said.

When asked if his children knew Robinson, he responded emphatically: “Of course they knew Len! All the kids knew Len — he was ‘Big Len,’ riding around the camp grounds on his golf-cart — you couldn’t miss him.”

“Camp — you know, the actual experience of camp — is separate from all of this,” Shames said. “It has to be.”