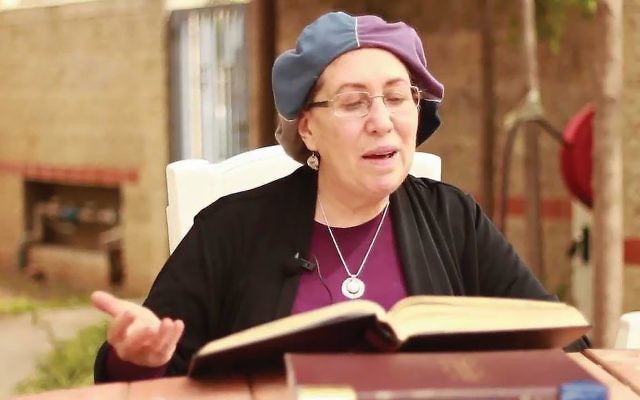 In Orthodox feminist circles, Rabbanit Chana Henkin is considered a pioneer. A native of Spring Valley in Rockland County and a graduate of Stern College, she moved in 1972 with her husband, Rabbi Yehuda Henkin, to Israel, where she founded Nishmat, an independent institution of higher Torah learning for women.

In the last 27 years, Rabbanit Henkin has played a role in educating thousands of women, and training more than 100 to serve as Yoatzot Halacha, experts in the laws of family purity and other health issues.

Rabbanit Henkin, who was a torch-lighter during Israel’s recent official Yom Ha’Atzmaut celebration, spoke to us by phone last week in advance of Nishmat’s annual gala dinner, Sunday, June 4, at Espace in Manhattan.

Q.: Israel has a number of seminaries where young women go for advanced Jewish learning. How does yours differ?

A.: Most of the seminaries are post-high school years, which is very important in grounding a high school graduate’s Jewish identity. Nishmat, which has multi-year studies, reaches far beyond that identity-establishing year.

What type of learning opportunities were open to young Jewish women when you were growing up?

There really wasn’t anything outside of the academic world. If what you were looking for was development of textual proficiency, there wasn’t an avenue available for women. Advanced Torah scholarship is based on years of advanced study in a beit midrash [study hall] … that’s where you develop the ability to analyze the broad base of knowledge.

We Jews are people of the book. It doesn’t make sense that 50 percent of your people should be excluded from the book.

We’re finding that women from all over the world come to us for a Jewish learning experience. Some have a rudimentary knowledge of Hebrew, or have no knowledge at all. If their interest is sincere, we’re there for them.

“On the whole, the tide has turned against the slippery slope argument, in favor of women as partners in sustaining Jewish life.”

Some critics of women learning traditional “men’s subjects” are concerned such programs will lead to women becoming ordained, which they see as contrary to halacha.

I see a sea of change in the climate in the United States … since the Orthodox Union statement [on female rabbis, issued in February]. What is germane to me is not what they ruled out but what they ruled in … [recognizing] the need for contributions by women Torah scholars. On the whole, the tide has turned against the slippery slope argument, in favor of women as partners in sustaining Jewish life.

There is certainly greater receptivity in the Orthodox community.

It seems that advances in women’s ritual roles in the Orthodox community seem to stir up less controversy in Israel than here in the U.S.

In Israel, the women’s learning movement preceded the Orthodox feminist movement. It was not viewed as threatening, but rather as a natural outgrowth of women’s changing position in the world. [In the United States], some of the militant statements [made] as Orthodox “feminism” brought many rabbis and lay people to circle the wagons. That never happened in Israel. We’re in the business of addressing women’s needs. We never aroused vocal opposition. The rhetoric was never divisive.