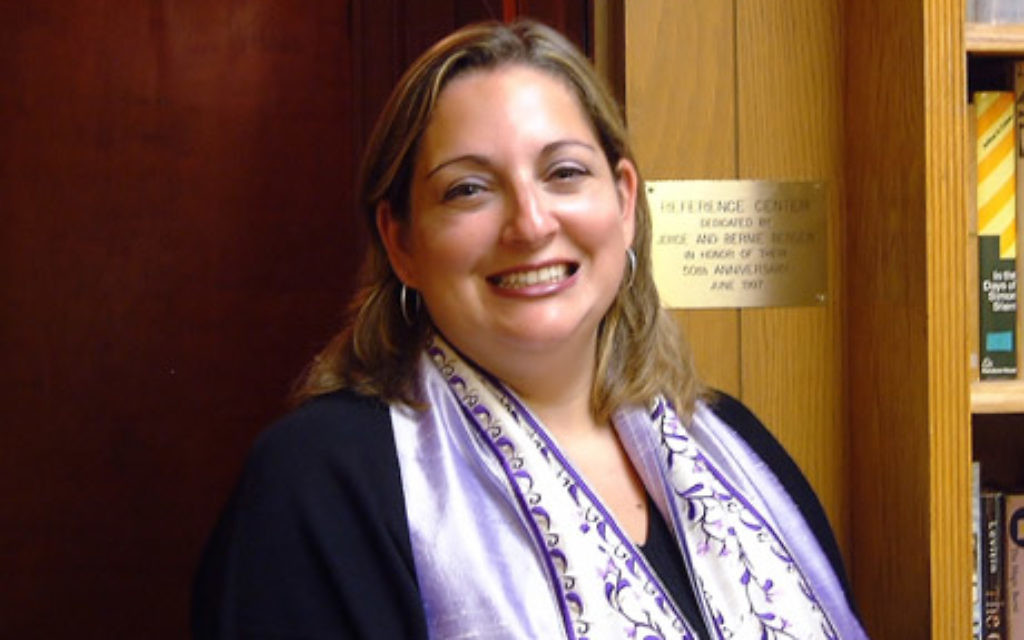 I looked out at their faces: some immensely excited, some already nervous, some obviously bored. I had asked each 12 year old in the room to turn to their parents and to discuss what the family was most looking forward to in the coming year, as they approached the celebration of becoming B’nai Mitzvah. We went around the room, and each family had a chance to answer: “seeing all of our family and friends in one place,” and “the party,” were the most common answers.

Later that evening, I was looking at the faces of a very different group. Many eyes were filled with tears of joy, or of bittersweet anticipation, or even of the exhaustion that comes from hours of studying. These were my Adult B’not Mitzvah students, who fell between 45 and 65 years old. These thirteen women had been studying with me, our cantor, and our educational director for the past two years, and their Shabbat Service was swiftly approaching.

I was struck by the accidental juxtaposition. The first group was made up of those who were going to become Bar and Bat Mitzvah at the “right time,” that is, the traditional age of 13. It’s always hard to tell how much each student will truly appreciate the learning and preparation that goes into each individual celebration. In our synagogue, we expect our students to master most of the Shabbat morning liturgy, and we encourage them to lead the majority of the worship that day. We assign comparatively few verses of Torah and Haftarah, preferring instead to enable the students to pray with confidence and a sense of Jewish literacy.

In the years leading up to their 13th birthdays, the students are enrolled in our religious school, and they are given many of the building blocks and tools that will help them enter Jewish adulthood with pride. The curriculum is pretty typical – Hebrew, lifecycle, holidays, ethics, history, and liturgy. I would assume that most students take the learning for granted, that they figure that they are being forced to go, and that the learning is just expected of them by their families.

Then I think of our adult students. The thirteen women, profiled recently in an inspiring Newsday article, each have a unique story that brought them to the class. Most of the women grew up in a family where girls were not encouraged nor allowed to become Bat Mitzvah. They watched their brothers learn and read from the Torah. One woman was given the choice between “a Bat Mitzvah or a Sweet 16.” One woman tried sneaking into religious school and posing as her brother (though she was eventually caught). One woman’s parents allowed her to choose dance lessons over Hebrew School.

The women all grew up with a hole in their lives – they all felt as if something integral was missing. Tradition teaches us that we all become Bar/Bat Mitzvah by virtue of turning 12 or 13. A celebratory ritual is technically unnecessary – the change of status takes place anyway. However, the ritual is still incredibly meaningful and symbolic. Without it, Jewish life from that point on just doesn’t feel the same.

Though many of my Adult B’not Mitzvah students became quite involved in synagogue life as adults, they nevertheless felt somewhat like imposters. Many of them were ashamed of their lack of Jewish education, and they were self-conscious during worship services. Each and every one deeply regretted that she did not ritually mark their change in status as a Bat Mitzvah at age 13.

There are still so many women all over the country who were never allowed to become Bat Mitzvah when they were 13. As it is, B’not Mitzvah have only existed for a mere 90 years. As Rabbi Carole Balin, Ph.D., wrote in a recent Huffington Post article, “In a mere nine decades, the bat mitzvah has become commonly celebrated across the Jewish spectrum, from secular to ultra-Orthodox, and thousands of women who missed the opportunity as girls have followed their daughters to mark their bat mitzvah as adults.” The sense that something was missing is finally being rectified, and each woman in my class will be called to the Torah in just two weeks. You can be sure that we will have boxes of tissues strategically placed all over the bimah.

With all my heart, I hope that the 12 and 13 year old students will one day grow to appreciate how lucky they are to be able to celebrate their change in Jewish status at their current ages. Part of me wishes that Bar/Bat Mitzvah celebrations would take place at a later age, when they would be much more appropriately understood and valued.

Yet, then again, perhaps the pre-teens should be allowed to take it for granted, as well. Maybe a Bar/Bat Mitzvah celebration should be viewed as just as commonplace as anything else in their lives, as compulsory as their math homework, as familiar as any other event. Maybe this is the privilege of being a liberal Jew in the 21st century – that we can experience moments of the Jewish lifecycle with ease, we can create new rituals (like Adult Bat Mitzvah) as needed, and we can ensure that all those who wish to live a learned, committed, and meaningful Jewish life, can do so.