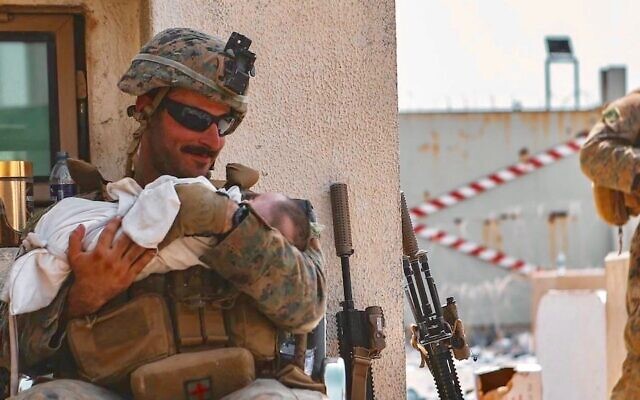 Good morning, New York, and tizku l’shaneem rabot, “may you merit many years” (which is how many Sephardi and Mizrahi Jews greet one another during these days between Rosh Hashanah and Yom Kippur). Learn more about holiday greetings from our friends at My Jewish Learning.

SECOND THOUGHTS: The head of the Anti-Defamation League apologized for the group’s decision 11 years ago to oppose an Islamic center planned blocks from the site of the Sept. 11 terrorist attacks. (Jewish Telegraphic Agency)

A BROKEN HALLELUJAH: Rabbi Emily Cohen of West End Synagogue shares her thoughts on these High Holidays with our friends at JTA: “The truth is that, after this year, not a single one of us is really OK.”

BEAUTIFUL COUNTRY: Qian Julie Wang, author of a new memoir about her childhood as an undocumented New Yorker, talks with Emily Burack about her work with fellow Jews of Color and what it meant to publish “Beautiful Country” on Rosh Hashanah. (Alma)

NERD ALERT: Read about the New York rabbis who bond with other fantasy role-playing gamers as part of a diverse rabbis’ Dungeons & Dragons group. (JTA)

LOST AND FOUND: Chloe Sarbib reviews the new Jewish Museum exhibition “Afterlives: Recovering the Lost Stories of Looted Art,” which tells the stories of works either directly affected or inspired by the looting and destruction by the Nazis. (Alma)

Rabbi Rachael Pass, who was ordained by Hebrew Union College in New York, says her decision to have an abortion was a “sacred choice” that no state law should be allowed to infringe upon: “If anyone, ever again, tries to argue that abortion restrictions are justified under the prerogative of religious freedom, we can explain that our religious freedom demands that we have access to abortion care when it is needed and wanted.” (JTA)

Today is the Fast of Gedaliah, when observant Jews commemorate the assassination of a Babylonian-appointed official charged with administering the exiled Jewish population. Break the fast with one of these seven Rosh Hashanah desserts that aren’t honey cakes.

The Fall 2021 Schusterman Seminars kicks off with a talk by Nechumi Yaffe, a faculty member in the Department of Public Policy at Tel Aviv University, whose work focuses on improving, reaching out and helping the ultra-Orthodox (Haredi) community in Israel. Register here. 12:15 p.m.