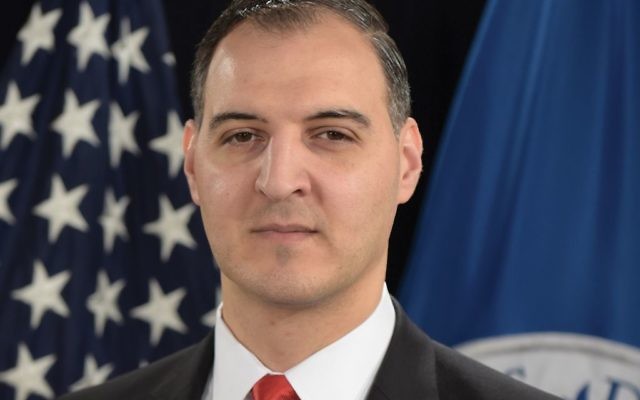 In a tumultuous, even violent, year that led the Anti-Defamation League to compare the anti-Semitic atmosphere to the dark ages of the 1930s — and that was before the neo-Nazi riot in Charlottesville, Va. — the Anti-Defamation League this week announced the appointment of George Selim, a leading expert in the Department of Homeland Security on countering violent extremism (CVE), as senior vice president of programs.

Reflecting the spider-webbing of post-Charlottesville anxiety, the ADL told The Jewish Week that it has seen a 1,000 percent surge in donations above an average summer’s week. Two-thirds of the ADL’s recent online donors were first-time givers. Betsaida Alcantara, an ADL spokesperson, added that dozens of prominent individuals and businesses also made special contributions, including Apple, James Murdoch, Uber, MGM Resorts and Bumble, a Texas-based online dating service. JPMorgan also announced that it will be donating to the ADL, as well.

Selim, who left the DHS just prior to joining the ADL, will oversee the ADL’s Center on Extremism, and direct the organization’s law enforcement training, education and community security programs.

“The past decade has been a particularly troubling time for not just anti-Semitism but for hatred and xenophobia, stemming from a number of different places.”

Asked if the recent waves of anti-Semitism could have anything to do with Donald Trump’s presidency, Selim told The Jewish Week, “I hesitate to lay that at the hands of the president or his administration. I served on the Obama [National Security Council] staff for almost four years, and even during the Obama administration we saw troubling trends in racial tensions, in addition to attacks of anti-Semitism against Jewish institutions across the country. The past decade or so has been a particularly troubling time for not just anti-Semitism but for hatred [in general] and xenophobia, stemming from a number of different places.” 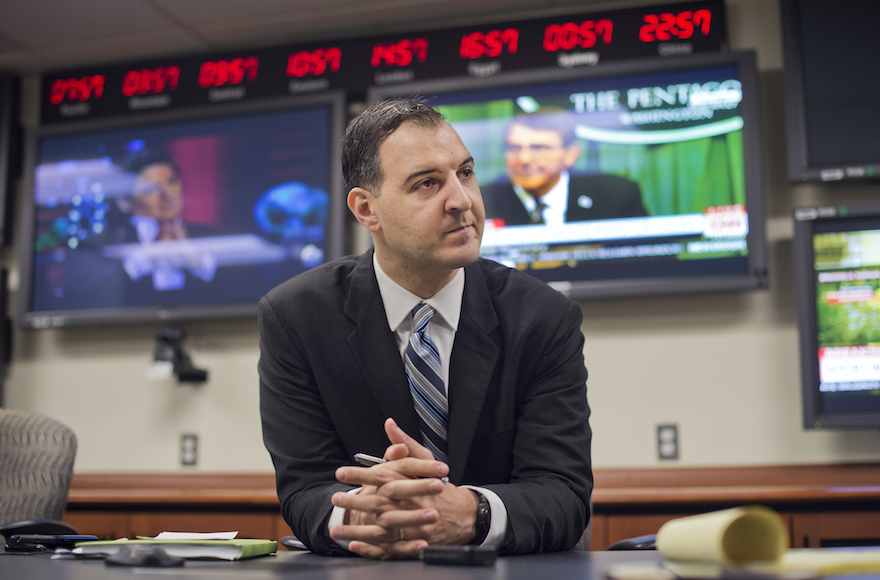 Nevertheless, Selim emphasized, “the federal government and the administration can absolutely do more to build unity and cohesion within communities, more than is currently being done.” (ADL officials have drawn a somewhat clearer line between the uptick in anti-Semitism and extremism overall and the tenor of Donald Trump’s campaign and presidency thus far, saying that “public discourse has an impact on what happens on the ground.”)

Although, in a divided America, the ADL has at times been accused of becoming too partisan, Selim, 37, comes with strong bipartisan credentials; his work has elicited praise from the past three DHS secretaries, including current White House Chief of Staff John Kelly. Initially appointed to the DHS by President George W. Bush in 2007, Selim served under Presidents Barack Obama and Donald Trump as the DHS director of the Office for Community Partnership, and director for the Interagency Countering Violent Extremism task force. He also served for four years on the staff of Obama’s National Security Council.

Selim, a Catholic of Egyptian-Lebanese descent, is said to be a conservative Republican who worked well with the organized American Muslim community. Selim told The Atlantic, “There were clearly political appointees in this administration who didn’t see the value of community partnerships with American Muslims.” Selim’s work with the Muslim community reportedly led to confrontations with Trump-advisers Steve Bannon and Sebastian Gorka, who have since been ousted by Kelly, who worked closely with Selim when Kelly was DHS secretary.

In a statement, DHS Acting-Secretary Elaine Duke said, Kelly “and I often relied on George’s thoughtful and reasoned approach to challenging issues.” Selim’s “experienced and steady hand was important as he played a key role in advising me and senior DHS leaders. The department could not function effectively without the selfless service of career leaders like George Selim. He will be missed…”

Selim, who resigned from DHS in early August, when Bannon and Gorka were still on Trump’s staff, increasingly found himself in the crosshairs of a White House divided over whether the greater threat was jihadist groups or the alt-right. Joel Day, writing in The Hill, said Selim’s resignation was “welcomed by many,” including Bannon and Gorka, “who advocated a harder line on Islamic groups and less oversight over right-wing radicals.”

Selim told The Jewish Week that both threats were serious and the necessary approach needn’t be either-or. “I think about public safety and homeland security in two different ways: threats within our borders from both right- and left-wing groups, and threats from abroad, such as Islamic extremist groups who are attempting to radicalize and recruit individuals here within the United States. One of the great things is that the ADL is poised to respond, prevent and intervene against both types of extremism.”

“As we saw in Charlottesville, this mission is more important than ever.”

Although Jews have been the No. 1 target of religion-based hate crimes every year since 2000, according to the FBI, the ADL expects to see a record number of anti-Semitic hate and bias crimes in 2017.

ADL’s national director, Jonathan Greenblatt, who has warned of an anti-Semitic spike on both the far right and far left, said “George Selim has unparalleled expertise in engaging communities to stop the destructive extremism that comes from all sides of the ideological spectrum.”

“I am thrilled to join ADL,” said Selim, “and work with a world-class team to protect the Jewish people and secure justice and fair treatment to all. As we saw in Charlottesville, this mission is more important than ever. From training law enforcement, to monitoring and combatting extremism, to working with schools on anti-bias training, the organization has an impressive, comprehensive approach that I look forward to building upon.”

Michael Leiter, former director of the National Counterterrorism Center under Presidents Bush and Obama, said Selim “deeply understands the longstanding role anti-Semitism has had in hateful ideologies advocating for violent extremism from both the left and the right. As three presidents have recognized, there is no one better to do the job at this critical time than George.”

Former DHS Secretary Jeh Johnson said Selim “has been a real leader in the struggle to counter violent extremism in this country.”

Imam Mohamed Magid, past president of the Islamic Society of North America, said, “George’s Catholic faith has motivated his public service and it is inspiring to see him join ADL’s ranks including Jews, Muslims and Christians working together to fight bigotry in all forms.”

A native of Cleveland, Selim has also been a senior policy adviser at the DHS Office for Civil Rights & Civil Liberties, and worked at the Department of Justice and AmeriCorps, the government agency focused on community service.

Among his new duties, Selim will oversee the ADL’s training of approximately 15,000 law officers in matters regarding hate and extremism. The ADL also provides training and support for synagogues and Jewish institutions on issues of communal security and cyber-security.