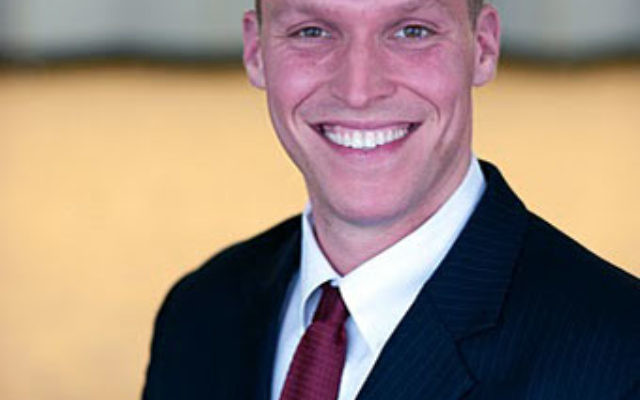 "Tav HaYosher (the ethical seal for kosher restaurants) issued by Uri L’Tzedek has expanded rapidly. We just celebrated awarding the Tav to our 100th restaurant. There has been widespread support across the spectrum of the Jewish community for this seal certifying nothing more or less than the adherence to American labor laws around minimum wages, overtime, breaks and abuse.  Kosher restaurant owners with the Tav have shared that they have earned thousands of dollars more through increased business. The Tav has been accepted and supported by proprietors from across the spectrum of Orthodoxy.

Unfortunately, a few misguided at best or malicious at worst actors from within the within the Orthodox community have been actively trying to subvert this campaign.

In Los Angeles, a number of proprietors with the Tav HaYosher have shared with us that they have bullied for having the Tav and have received threats against their businesses. The Tav is strong and Orthodox consumers have proudly voted with their dollars to support these restaurants offering ethical transparency. A few outliers from that community will not shatter the community’s rock solid commitments to be just and law abiding. There is no place for fear tactics. Uri L’Tzedek stands in solidarity with these righteous store owners and will not leave them to be bullied. I call on these individuals to come out into the open to debate.

One reason we’ve heard for opposition to the Tav HaYosher is what happened in Postville, Iowa in 2008, and the role Uri L’Tzedek played in the Agriprocessors/Rubashkin case. Much disinformation has been circulated, some of which constitutes not only a betrayal of the facts, but outright lashon hara. So let’s set the record straight:

These are the facts. Yet some have been spreading rumors that “Uri L’Tzedek took down Rubashkin” or that we somehow caused Rubashkin to go to jail. This absurd claim has no truth. It was a short-lived episode of responsible, halakhically-motivated consumer activism, supported by the broader Jewish community. It is tragic how long Sholom Rubashkin’s sentence is. He has a large family, and 27 years seems to be excessive for a while collar crime. It is another indication that the prison system needs to be reformed, and many of us, including Uri L’Tzedek, are working for a more humane system. We recently met with Mr. Rubashkin’s daughter to offer comfort. Our hearts go out to him and his family.

Whatever the alleged motivation, there is no place for lashon hara in the Jewish community, or for bullying restaurant owners. The Rambam taught that we sanctify the name of G-d by acting justly in all of our business affairs (Yesodei HaTorah 5:11). And the Lubavitcher Rebbe himself taught the importance of maintaining high ethical standards: "Through the shluchim [in addition to their work with Jews], it is also essential, to spread goodness, righteousness, justice, and uprightness, among the nations of the world…” (Hisvadayos 5752). The Rebbe, the inspiration of Chabad, was a teacher of the importance of perpetuating justice and truth. All followers of the holy Rebbe surely would follow his call!

Uri L’Tzedek has resisted fully researching and publishing the names of those who are threatening proprietors with the Tav HaYosher. Instead, we invite you to debate. Do not descend to a campaign of invective. Rabbi Yose in the Talmud teaches, “I never made a statement for which I would have to turn around and check whether the person about whom I was speak was present” (Arachin 15b). Let’s talk in public!

Klal Yisrael can and must collaborate to create a more just and holy world. There is no place for hurting one another’s efforts. There is simply too much important work to do to build the Jewish people and the world. “Olam chesed yibaneh” (Psalms 89:3)—May the world be built together through kindness and good deeds.

Rabbi Shmuly Yanklowitz is the Founder & President of Uri L’Tzedek, the Director of Jewish Life & the Senior Jewish Educator at the UCLA Hillel, the Founder & CEO of The Shamayim V’Aretz Institute, and a 6th year doctoral candidate at Columbia University in Moral Psychology & Epistemology. Rav Shmuly’s book “Jewish Ethics & Social Justice: A Guide for the 21st Century” is now available on Amazon. In April 2012, Newsweek named Rav Shmuly one of the most influential rabbis in America.