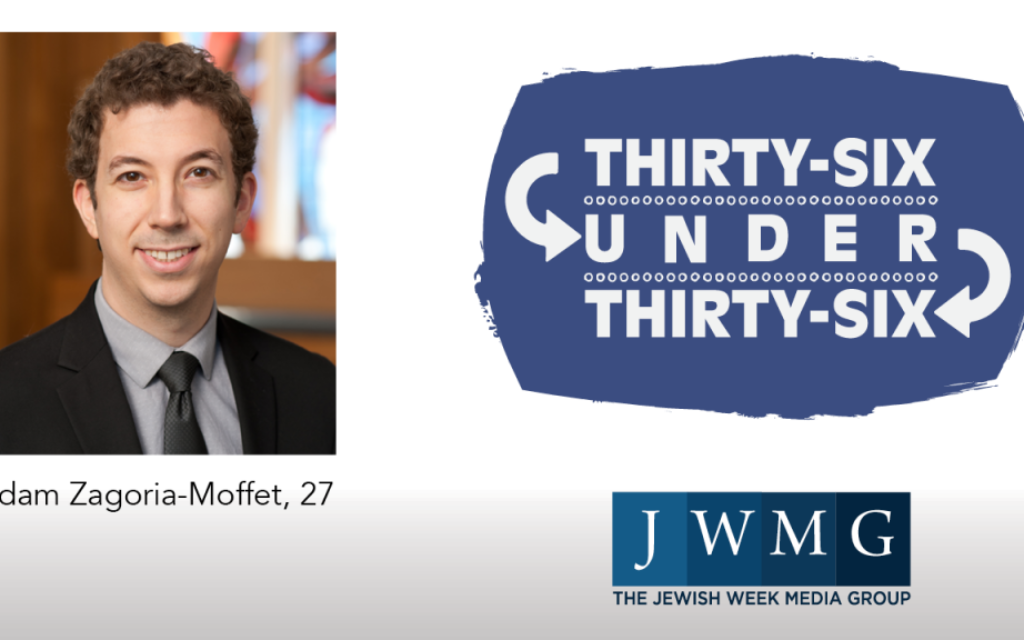 Growing up in Phoenix with a Jewish mother who struggled with mental illness and non-Jewish father who was out of the picture, Zagoria-Moffet had “no Jewish life” at home. “No bar mitzvah,” he said. Hebrew school lasted “a couple of weeks.”

Working through high school to support his family, Zagoria-Moffet got a job as assistant manager of a kosher deli that gave him a love of Judaism — which left him “the day” he left that job.

Then, his then-girlfriend-now-wife Mikayla, a Jew by choice who rekindled his interest in his religion, made a suggestion. He wanted to become a teacher or social worker, to serve people. “You can be a rabbi and do all that stuff,” Mikayla said.

“A light went off,” said Zagoria-Moffet, who graduated last month from the Jewish Theological Seminary. In July, he starts work as a pulpit rabbi in St. Alban’s, England, near London. The synagogue shul is “traditional-egalitarian Masorati,” the UK version of Conservative.

A resident of Oceanside, L.I., where he serves as the student rabbi of the Oceanside Jewish Center, Zagoria-Moffet has adopted many Sephardic practices since discovering in a genealogy book that Zagoria, his mother’s maiden name, probably has roots in Morocco and that his forebears probably were Sephardic. Now he’s at work writing a gender-neutral, egalitarian-Sephardic weekday siddur that combines the prayers of many Sephardic communities.

The prayer book, he said, is for like-minded people, who find extant Orthodox Sephardic siddurim too “patriarchal” and gender-neutral prayer books too Ashkenazic.

“It’s not going to be a big bestseller,” said Zagoria-Moffet, it’s more of a work of passion.  Zagoria-Moffet has also created a Facebook page called Hakhamemes, that features memorable sayings of prominent Sephardim on a creative background he designs.

Wizard watcher: A Harry Potter aficionado, Zagoria-Moffet had a chance this year to visit the set in England where the movies were filmed, while in the area for his job interview. “It was really cool,” he said. “There’s something really religious” about author J.K. Rowling’s message: “affirmation of life [and] the power of love to change people.”