The world of literature is generously endowed with so-called “journey” epics, from classics like Homer’s “Odyssey” and Cervantes’ “Don Quixote” to more modest modern entries like Elizabeth Gilbert’s “Eat, Pray, Love.” Though they are of differing literary quality, they all share certain implicit understandings: that the character who is on the journey will in some significant way be transformed by it, shaped by its challenges and most often emerge stronger or the better/wiser for it.

As he makes his entry onto the biblical stage in this week’s Torah portion, Abraham quickly becomes the central figure in Judaism’s most iconic and enduring (though hardly its only) journey epic — the story of his life. No sooner do we meet him where he was born and raised than God commands him to leave — Lech lecha, or “go forth” — in the very first verse of our reading.

Abraham is bid to heed a divine summons and embark upon what will be the great journey of his life to an unknown land and destiny. Abraham is told that the land that he is promised — Canaan — will be a great treasure, far greater than Ur Kasdim, the land of his birth, and that it will remain in his family in perpetuity. He is also assured that he will realize unimaginable blessings.

But still, as we might say today, it was a very “big ask.” Rashi, the great medieval exegete, suggests from the seemingly superfluous use of the word “lecha” — “for yourself” in Rashi’s translation — that God is actually constrained to gently prod Abraham, urging him to understand that the journey is in his best interests, and for his own good. 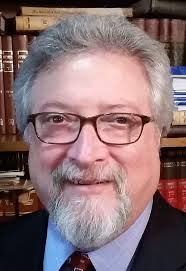 We have the benefit of reading this story every year, at this time of year. We know Abraham will be shaped and transformed by his experiences. We know who Abraham becomes by the end of his journey, how he is ultimately transformed. We might fairly ask, though, transformed from what?

The Abraham that we are introduced to in this week’s Torah portion — the man who is commanded to embark upon this epic journey — is already in his seventies. The book of Genesis, however, provides no backstory on Abraham. It is a remarkable testament to the power of rabbinic commentary that if one were to ask a random group of Jews what the first story about Abraham is in the Torah, many would recall the story of him shattering the idols in his father Terah’s idol shop. That story, however, is nowhere to be found in our Torah portion. It is only in the legends and traditions of the Midrash, a kind of rabbinic prequel, if you will, to our Torah portion, that his early years are fleshed out.

In fact, the Torah doesn’t introduce us to Abraham until he is an older man. The Midrash provides a necessary flow to his life, a far clearer sense of ”journey from” and “journey to.”

Along the way of his journey, those same rabbis continue to broaden the contours of Abraham’s life. They tell us that he underwent 10 different tests, of which the greatest was surely the command to sacrifice Isaac. Each one, in its own way, buffeted the precocious young monotheist who had dared to challenge his father. Sometimes the test brings out the best in him, as when he argues powerfully with God over the fate of Sodom. Other tests reveal his human frailties, as when he is less than truthful about Sarah being his wife when they were in Egypt. What emerges, as the journey progresses, is Abraham’s dogged resolve to always move forward despite whatever difficulties he encounters, and realize his covenantal destiny.

Abraham moves forward despite whatever difficulties he encounters.

Given that Midrash is so critical to our understanding of this foundational story and others, one might well ask from where the rabbis who wrote the commentaries derived their insights. Who gave them the authority to embellish the story?

The answer is, unavoidably, complex. A very significant sector of our Jewish community regards all Torah, both written and oral commentary, as revealed truth from Sinai. These stories were not “made up” by remarkably creative people, but simply uncovered by the sustained study of inspired men. Others who favor a more literary, historically based analysis of the Torah will recognize the work of talented close readers and literary critics — in the case of Abraham’s stories, scholars who understood the hero’s journey, and found clues in the text to make his journey from here to there — from idolatry to monotheism, from tribal leader to founder of a people — consistent with what we know from the context and other epic Torah journeys.

If it is true that the journey of even a great distance begins with a single step, then it might be fair to say that Abraham’s epic Lech Lecha began even before God called him to leave Ur Kasdim. It was launched by his own inner first step, born of the conviction that he couldn’t abide the culture that was all around him. By shattering those idols and standing up to his father, God’s call to leave the land of his birth and all that was familiar to him was the inevitable next step.

Rabbi Gerald C. Skolnik is the spiritual leader of the Forest Hills Jewish Center in Queens.