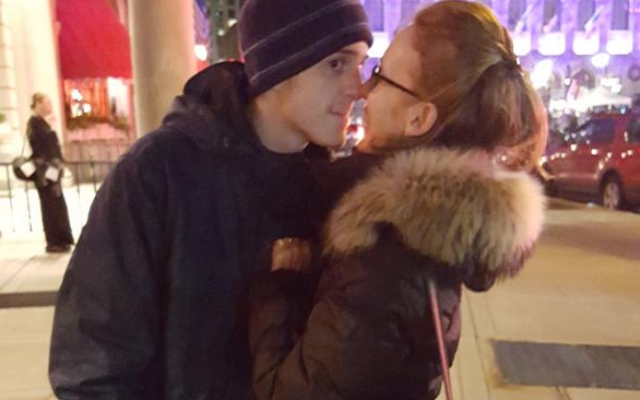 I’m not a policy wonk, a professional advocate, a lawyer, an ethicist, a doctor, or a preacher. What I am is a working mom. But above all, I’m a mom. And as a mom, I’m finding it both agonizing and infuriating to find myself living in a country in which children are somehow seen as the enemy, and in which disabled and otherwise profoundly vulnerable children are the greatest enemy of all. That’s what the United States of America feels like right now.

No, I have not evaluated the latest health care bill line by line. I don’t have to. Nor do I have to look at the line-by-line proposals coming out of the Department of Education, the Department of Health and Human Services, the Environmental Protection Agency, or even the State Department. Why? Because it’s clear to me that the through line in Congress–and in every single cabinet department in this administration–is assault. The metaphor of war is not hyperbole when you have proposals that target hungry children, sick children, impoverished children both here and abroad, physically and cognitively disabled children, children who breathe air, drink water, or otherwise just want, need and deserve the opportunity to grow up healthy, safe, and protected.

My daughter goes to a high school with its share of bullies. You know, the macho, flexing kind of dudes who feel like real he-men when they torment others, especially those they’ve identified as the most vulnerable, the most marginalized, the most un-defended. Kind of like all the able-bodied, white men in Congress who have targeted everyone they view that way. So they’ve made it their mission to decide whether and how women should give birth, whether the health of their children—born and not-yet-born—should be the concern or responsibility of insurance companies, whether children with special needs deserve quality education, whether hungry children should be fed in school (never mind the documented negative impact of hunger on children’s ability to learn), whether sick children deserve accessible, affordable care, and on and on and on. It’s an endless parade of soul-crushing cruelty.

Yes, this is personal. I have a son who is autistic and about to age out of high school into the nearly incomprehensible world of adult services, a world that will collapse without its core support, i.e., Medicaid. My son also has ulcerative colitis, for which pills are no longer effective and for which he now has to endure intravenous medication infusions six times per year—at a cost of $5,000 each. He also takes medication for epilepsy. We have very costly private insurance, which thankfully—and so far—covers much of these costs. But my son will not be twenty-one forever, and there is zero guarantee that when he turns twenty-six and transitions into the Medicaid system for his core insurance coverage, that any or all of his health care needs will be addressed.

I won’t even touch upon housing, work, or just the imperative for my son—and ALL CHILDREN—to have the opportunity to live lives of productivity, dignity, and safety, knowing that they live in a society that cares about them, that cares whether they live or die. No, that’s NOT hyperbole; that’s literally what’s at stake here, whether children live or die, whether they have access to treatment, services, education, and the other basics that make life not only worth living, but actually livable.

Tragically, and as far as I can tell, many in our Congress and in this current administration would prefer a far bleaker and grim future for our children, one of struggle, fear, instability, and suffering. As a mother, I can only wonder what their mothers failed to teach them–about being children, about being responsible adults, and about just being human.

Nina Mogilnik’s professional career has encompassed work in the philanthropic, nonprofit and government sectors. Nina serves as the Resource Director for the Good People Fund. She serves on the board of Birch Family Services. Nina is also an avocational writer, and has had a number of essays about her experiences dealing with her father’s Alzheimer’s and her son’s autism published in Haddasah Magazine and in The Jewish Week. Nina’s proudest accomplishment — and hardest job by far — has been as a mother. Nina has degrees in philosophy from Union College (B.A.) and from the University of Chicago (M.Phil). She lives with her husband and kids outside New York City.