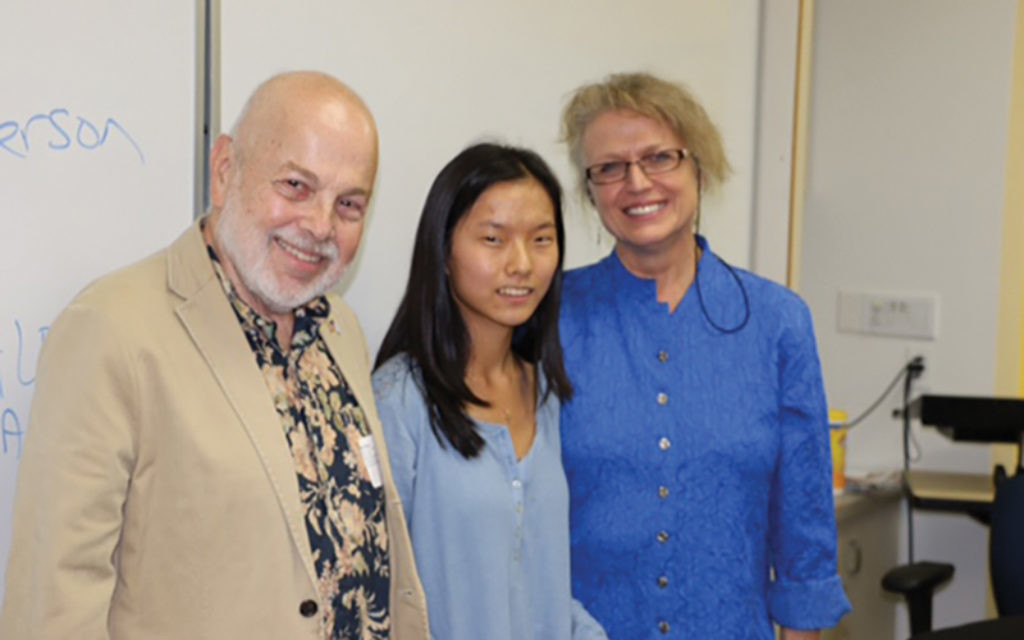 The compositions of Aaron Copland, which made use of jazzy rhythms and harmonic intervals that evoked the wide-open spaces of the prairie, came to define classical music’s American sound. The composer, who grew up Jewish in Brooklyn and wrote such classic American works as “Appalachian Spring,” “A Lincoln Portrait” and “Rodeo,” was an inspiration to Maetal Gerson, a junior from Milken Community Schools in Los Angeles, who won first prize in The Norman E. Alexander Award for Excellence in Jewish Student Writing.

The writing contest, sponsored by the Jewish-American Hall of Fame and The Jewish Week Media Group, solicited essays on a Jewish American who made a significant impact in the field of television, film, music or theater. The top essays (there were 63 entries from 27 high schools across the country) are posted on The Jewish Week’s teen website, FreshInkForTeens.com. The award, named for one of the founders of The Jewish Week, comes with a commemorative medal and a $500 check.

In her winning essay, Gerson wrote of Copland, and of America: “This is a land of dissonances, of harmonies and of resolutions. It is this promise of resolution that makes his music universal. The music dances through America. And it dances through me.”