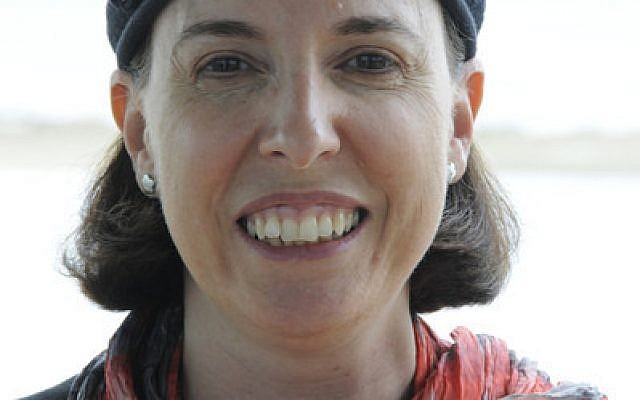 Courtesy of Pam Greenwood and JOFA.

“Abraham rose early in the morning [and hurried] to the place where he had stood before God.” We learn in Genesis 19:27 that Abraham returned to the same setting, where he had previously connected with his maker, to daven Shacharit. The rabbis of the Talmud reference this story when stressing the importance of maintaining a makom kavua for tefilla. As it says in Brachot (6b), “Whoever fixes a place for prayer has the God of Abraham for help.”

Why is this story relevant to me? A recent experience has caused me to reflect more deeply on the concept of makom kavua, and its meaning to me as an Orthodox feminist.

A recent experience has caused me to reflect more deeply on the concept of makom kavua, and its meaning to me as an Orthodox feminist.

But first, some context: The minyan that I attend regularly takes place in a multi-purpose room and does not have permanent chairs anchored to the floor. Instead, there are heavy armchairs situated in long rows. The seating increases when there is a life cycle celebration and during the High Holidays, but there is always a minimum of five rows.

Imagine my surprise, then, when I entered the room on a recent Shabbat morning and saw only three rows set out. My daughter, who was home from college, had arrived a few minutes earlier. She was sitting in the second row, not in the third next to the makom kavua that I have held for the past fifteen years. She explained quietly, “I don’t want to sit in the last row. The room feels empty without the fourth and fifth rows.”

My daughter was right. I did not feel at ease, and the strangeness of the arrangement made it difficult to focus on my davening. With no congregants behind me — without the voices of women singing aloud, or murmuring prayers under their breaths, enveloping me from all sides — I felt an absence of community in the women’s section.

I was also concerned that there was an insufficient number of chairs to accommodate women who would be arriving over the next hour and I did not want anyone to feel unwelcome or be forced to stand. There were no stacked chairs in the rear, so this could not be a “DIY” project. And I was unable to get the attention of my husband or any of the male gabba’im (tefilla organizers) to assist me.

And I was unable to get the attention of my husband or any of the male gabba’im (tefilla organizers) to assist me.

Ultimately, I left the room and spent the next twenty minutes locating the custodian, retrieving chairs from storage and helping with room set-up.

At the conclusion of the service, I approached one of the gabba’im to explain all that had transpired. His response was one that I heard several times that same day, “Why is this an issue? Weren’t there enough seats for the women?” In truth, there were a sufficient number of chairs laid out and I had been overly cautious in asking the custodian to bring more. But that response raised important questions about the attitude towards congregational seating in my Orthodox synagogue:

By the end of Shabbat, I had discussed these questions with many of the Shul’s leaders and I hope that my concerns were heard and taken into consideration. From now on, I expect to sit in the third row (with fourth and fifth rows behind me) so that the familiarity of the setting, and of the women who surround me on all sides, encourages me to increase my level of kavanah (spiritual concentration). My place is imbued with personal history and comfort, which serve to elevate my prayers to greater heights. My place should not be moved around with casual disregard, but rather honored at all times.

My place should not be moved around with casual disregard, but rather honored at all times.

A woman’s place is in her makom kavua.

Pam Greenwood works as a pediatric occupational therapist. She is a member of JOFA’s executive board and currently coordinates the Joan S. Meyers Torah Lending Project and Women’s Tefillah Initiatives. She also served as the Chair of JOFA’s 2017 International Conference. Pam, her husband and 4 children divide their time between homes in New Jersey and Jerusalem. She can be reached at pam.greenwood@gmail.com.