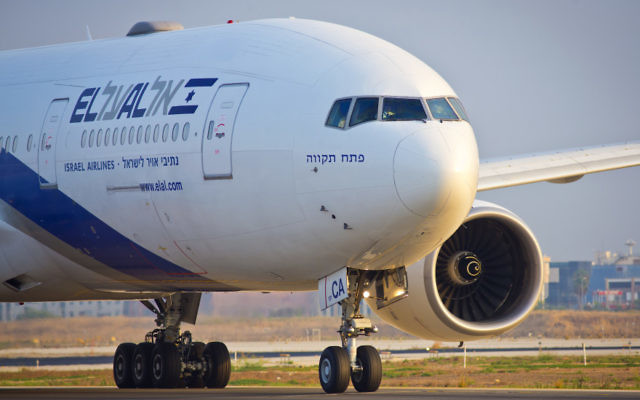 For years, the ultra-Orthodox community in Israel has been challenging the place of women in Israeli society. I am not speaking about their religious practices, how they run their homes or how they pray in their synagogues, but rather about the public sphere. There are prominent leaders in the charedi (ultra-Orthodox) community that would like to have a public space “clean” of women.

They do not want to see a woman’s face on billboards, or hear female voices on the radio or in any public setting. The reasons they give are that because, in their interpretation of our shared Jewish tradition, the best way for them to honor women is to protect them from tempting men, who are the weak ones, to stray off the “pious path.” As a result, we find ourselves fighting to integrate charedi men into the larger society by increasing university enrollment and participation in the army, while at the same time trying to protect the rights of women to enjoy full equality.

The Israel Religious Action Center has been at the forefront of protecting a woman’s voice for 30 years. We are determined to stop gender discrimination, and this past week we had a major legal victory when the Jerusalem magistrate court ruled in favor of our client, Renee Rabinowitz.

Renee Rabinowitz’s struggle reminds us that we are in danger of rolling back gains for women that took generations to achieve.

In 2015, Renee was pressured to change her seat on an El Al flight because an ultra-Orthodox man did not want to sit next to a woman. This 82-year-old Holocaust survivor was asked by a flight attendant to switch seats, and she complied. However, some hours later she felt that something was not right. After inquiring from both the flight attendant and the passenger himself, she confirmed that her only offense was her gender. As a religious woman herself, the idea of Judaism being used to humiliate her in this way shocked her to her core.

Almost anyone who has flown to Israel has seen a similar scene — charedi men refusing to take their seats until the flight crew shuffles everyone around for them. We often just shrug our shoulders at these events because we see them as a curious cultural oddity, we just want to start the long flight, or worst of all … we think it is fine for those men to make this demand and feel that our complicity is merely a form of tolerance for their way of life. It is not, and there are times when we confuse being tolerant of different beliefs with turning a blind eye to injustice.

The court ruling this past week gives us hope that we are breaking down this practice not only on planes but also in all public spaces. The court said, loudly and clearly, that you cannot discriminate this way. If someone were asked to move because he or she did not want to sit next to someone because of their race or national origin, most people would understand immediately what those actions meant. Somehow, we accept this kind of treatment towards women as if gender were a different category.Renee Rabinowitz’s struggle reminds us that we are in danger of rolling back gains for women that took generations to achieve. We are not willing to suffer indignities for the sake of others’ intolerance towards sharing the public space with women. We will never sacrifice our most cherished values like equality and justice, even to help those of weak spirit.

El Al has a difficult job managing the expectation of its diverse clientele, but this ruling means the airline is going to have to develop a policy that respects women equally. I believe that, in a way, our victory is also a positive development for El Al. The flight crews can now stand firm with this ruling in their hand the next time a passenger feels that sitting next to a woman is a threat to his piety.