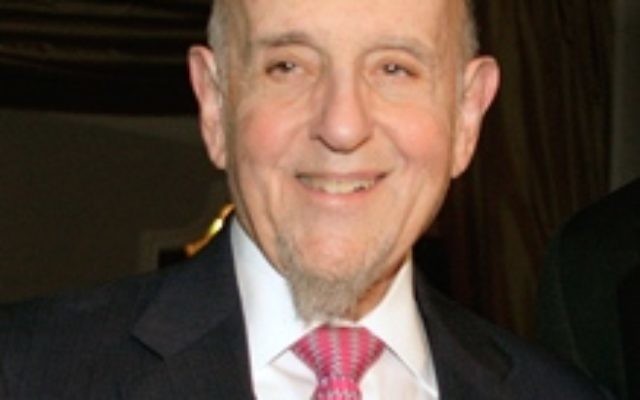 In April of this year, a rabbinic court in Petach Tikvah was approached by a convert of mine to open a file for marriage with her young, Sephardi, chattan.  When the court found out she was a giyoret (convert) she was informed that I was not known to the Petach Tikvah rabbis and that, therefore, she would have to undergo a second conversion in order to be married in Israel.

Through the auspices of Rabbi Seth Farber, the founder of ITIM, an organization that helps people navigate the rabbinical court system in Israel in matters such as this, an appeal was sent to the rabbinate in Jerusalem.  The Jerusalem rabbinate confirmed the validity of my conversion.  The Petach Tikvah Beit Din refused to accept that confirmation.

The case was then brought by ITIM to the Chief Rabbinical Court in Jerusalem.  Letters were sent by both Chief Rabbis confirming the validity of my conversion of this giyoret.  The case was heard by the Supreme Court on July 6.   A large rally of supporters of this woman and me was held outside the Rabbinical Court to protest the cruelty perpetrated upon this young woman who followed all the rules, who observes mitzvot and who was being denied the right to be married in Israel as a Jew.

One week later the convert had a hearing in the Supreme Rabbinical Court at which she was told that she had to make another declaration of faith before the court, according to the following court record: “Faith in the Lord of the Universe and His providence, and in the fact that He gave to the people of Israel the Torah at Mt. Sinai and that she accepts upon herself Torah and mitzvot as required of a Jewish person — Shabbat, kashrut, the laws of family purity and all the mitzvot — and that she accepts upon herself all of these things for the purpose of conversion.”  In other words, she wasn’t a Jew for the past year; her conversion was invalid; and she had to convert again.

I have three reactions to this procedure and decision.  The first is astonishment.  I cannot fathom how the Supreme Rabbinical Court of the Chief Rabbinate in Israel did not simply accept the two letters of support of the conversion which were sent to the Court by the two Chief Rabbis of Israel, Rabbi David Lau and Rabbi Yitzchak Yosef.  To whom were those letters written if not to the judges in the Chief Rabbinical Court?  By what logic did they fail to honor a conversion confirmed by the Chief Rabbis?  This isn’t only counter-intuitive; this is absurd.

The second reaction is outrage.  How could they treat this woman, who has done nothing wrong and everything right, in such an insensitive and abusive manner?  The Babylonian Talmud says there are 36 specific prohibitions in the Torah — some say 46 — that prohibit the afflicting of a ger (convert).  This treatment is the epitome of inui ha-ger — the torture of a convert.  A woman is in what should be the happiest time of her life, on the eve of her wedding, and instead of happiness and joy, there is tension, anxiety and stress.  How could rabbis do such a thing? This was a willful act of cruelty to a woman who should have been protected by these rabbis rather than abused by them.

I have been besieged by calls, letters and emails of support from people who feel badly for me.  I tell them all that it is not about me; it is about the convert and it is about a broken system whereby rabbis are more interested in gatekeeping than in welcoming sincere converts.  They are looking for flaws and disqualifications rather than saying to a woman: “We are proud of you.  We welcome you to Israel.  We want to help you get married.”  Instead of this, there is rejection and humiliation.  It is, indeed, outrageous.  And the perpetrators of the outrage are learned rabbis.  What a chilul HaShem — a desecration of God’s name.

Finally, my reaction is one of concern for what the rabbinate in Israel is saying about Modern Orthodox rabbis in America.  In effect, they are ruling that the conversions performed by Modern Orthodox rabbis in America are worthless. By what right do they rule this way?  Do they have any idea of how we study with a convert and bring the convert along in both knowledge and practicing a halachic life and then take the convert to the mikvah?  Did any of them — in Petach Tikva or Jerusalem — call me to find out my procedures or the nature of the convert?  Absolutely not. On what basis, therefore, did they decide?

Rabbis in America work arduously with converts; we teach them; we train them; we invite them to our homes and our communities.  Most of all, we love and welcome them.  We never make them feel vulnerable or under some kind of interrogation or examination.  We treat them the way the Torah requires: “And you shall love the ger.”  And the official Israeli rabbinate rejects all of this?  Such a thing was never done in Jewish history.  The rabbis of one country always respected the rabbis of another country.  Why should the rabbinate in the Jewish State be different?

What this decision means is that the Chief Rabbinate of Israel has essentially repudiated all of the converts who have been brought to Judaism by Modern Orthodox rabbis in the United States.  That is a very heavy burden that the rabbinate in Israel has taken upon itself.  In effect, it creates a terrible rift between halachic Judaism in Israel and in the diaspora.  More importantly, it raises doubts in the minds of thousands of converts as to whether or not they are really Jewish.  Several converts have already called the rabbis in our synagogue to ask just that question.  This is exactly what the Torah forbids:  “Do not afflict the convert.”

May a merciful God forgive these rabbis for the abuse and humiliation of this convert and, implicitly for the rejection of all her brothers and sisters who have been converted by worthy, responsible and respected rabbis in America; and may the State of Israel take the necessary steps to repair a system which is so dangerous and hurtful to the Jewish people — in Israel and around the world.