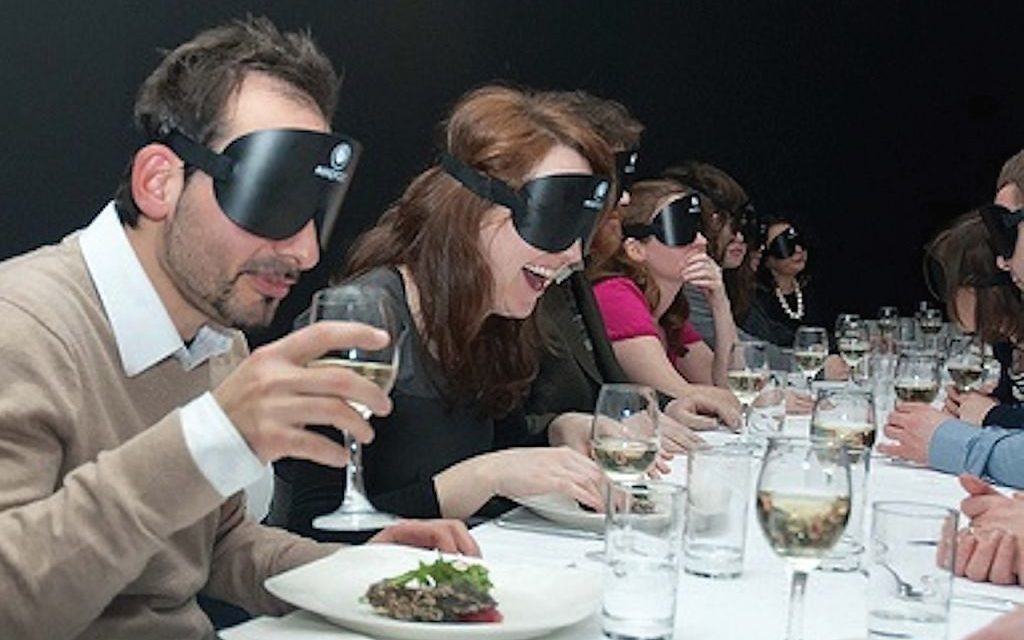 On a recent spring day, Leo Brandstatter, a veteran marketing executive, spent 15 minutes walking around his Midtown office — past rows of desks, past the conference room, past the water cooler — in total darkness.

With an opaque foam rubber mask covering his eyes, he stood up, turned around and tried to maneuver his way in familiar surroundings. “It’s surprisingly difficult,” he said.

Brandstatter, who is sighted, participated in the “sensory exercise,” under the guidance of an official of the Dark Dining Projects organization, to prepare for a meal that will be served on Sunday, 10 a.m., at Fifth Avenue Synagogue, sponsored by the New York office of The Jerusalem Institute for the Blind, where he has worked as executive director since 2012 (leo@jewishblind.org, 5 E. 62nd St., Manhattan).

Diners at the “Blackout Brunch,” a consciousness-raiser and fundraiser for the Institute (jewishblind.org), will wear a lightweight blindfolds throughout the hour-long, kosher dairy meal, to experience what it feels like to eat a meal that they don’t see. One sighted person will be at each table to help out.

He said the meal-in-the-dark was suggested by Judith Jelen, JIB vice president, and patterned after similar “Dialogue In The Dark” experiences — including a tour in “complete darkness” — offered by the Israeli Children’s Museum, in Holon. He took part in one of the Holon tours. “I found it very inspiring … a very important part of my training [for his current job].”

Another Israeli institution, the Nalaga’at Center (nalagaat.org.il) in Jaffa, runs BlackOut restaurant, where meals are served in a totally darkened room by a blind wait staff.

The deaf-blind acting troupe of the Nalaga’at Center appeared at New York University’s Skirball Center for the Performing Arts in 2013; the actors in “Not By Bread Alone” performed in near silence while kneading dough into loaves of bread. A pre-show dinner offered audience members a chance to eat in the dark.

Sunday’s brunch will be the first major event sponsored by the New York office of JIB, a 114-year-old agency (formerly known as the Jewish Institute for the Blind), which serves as a home, school, and sports center venue for hundreds of blind and visually impaired Israelis and their families.

The Institute, which receives limited government funding, trains the blind to lead independent lives, Brandstatter said. “Our goal is to help people who are [initially] basically dependent become people whom [sighted] people turn to for help.”