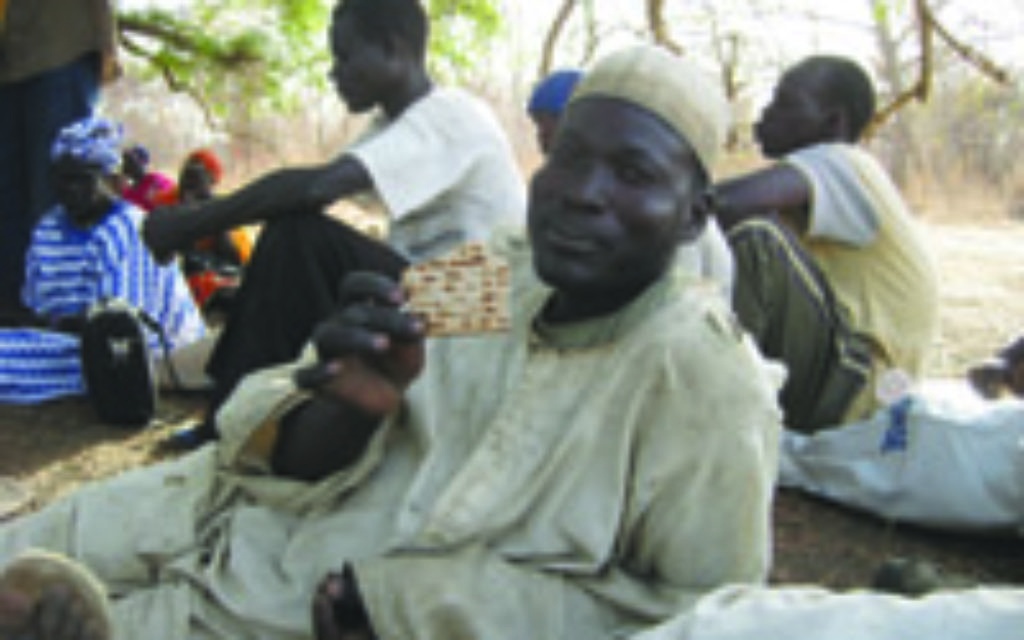 A few days before Passover last year, a student found me, a rabbi, doing some last-minute packing.

“Where are you going?” she asked.

A little silence followed, and then she said, “Oh, that’s that new bar in Cambridge, right?”

The destination for my wife and me was a medical compound — dark but for four standing low-lit lamps — very far from the opulence and innocence of America. There were grass huts, no running water, no refrigeration, only a small generator for powering a few light bulbs. A hut with a dividing wall served as toilet and “shower.” “Shower” means one can take the basin on the floor to a well in another courtyard, pump the water, carry it back to the shower hut, and pour it over one’s head.

We went to fulfill the call of the 117th Psalm: Hallelu et haShem kol Goyim: Let all nations praise the Lord, let all peoples celebrate Him…

Deep in the southern Sudan, my wife and I found ourselves interviewing recently liberated women-slaves who showed us how their limbs had been maimed by their masters’ machetes, who described how their genitals had been mutilated, and how their masters had taught their own children to be contemptuous of them because they (the mothers) were black and because they were concubines.

We were struck by the brilliant colors of the women’s dress — reds, oranges, blues, gold. We were struck by the way the group had assembled themselves — the women separate from the men; the older men in long white robes and white kufis on their heads, sitting among themselves; the younger men together; the adolescent boys in a group at the base of the tree. The expression on the faces and in the eyes of these people was fear. The most striking and startling detail of this scene was the absolute silence among the freed slaves.

The interviews were in the context of a celebratory gathering. Christian Solidarity International, an NGO that finances and organizes such ventures, invited us there to conduct a seder for the slaves whom it had recently worked to free, and to introduce to them some of the practices that we Jews have instituted to celebrate our own freedom from slavery.

We stood in the equatorial sun, sheltered by a huge mango tree, addressing with great passion 160 freed slaves seated on the ground; for a while they just glared at us in suspicious silence, not at all certain that they weren’t at a slave auction. They spoke only Dinka, and not a single one of them was literate. Slowly I prevailed on them to sing with me as a form of celebration familiar to both our peoples, drinking a little wine with us, eating a piece of matzah and a boiled egg.

John Eibner, director of CSI and the leader of the group, has been coming to southern Sudan for 20 years, actively “redeeming” slaves from the north. He has been involved with freeing some 100,000 former slaves, and plans to free 40,000 more. Redeeming means that John’s organization pays a slave owner in the north by way of a retriever who is paid to bring the freed slaves back to the south. The slave owners are Muslim, as is the retriever. Most of the slaves are of Christian origin; none of the freed slaves are Jews, and none of them are likely to know the Exodus story.

Some burkas, which were on for the beginning of the seder, mysteriously disappeared by the end.

I am here, I told them, because my people too were liberated from slavery; like you, we were remembered by God, and there is no greater experience in life than being remembered. Every year since that great liberation, I told them, we gather in our homes to mark the occasion, and to appreciate its greatness. I implored them from today on to take on some similar celebration, in gratitude to God and man.

I came here to see your nation for its greatness, I told them. Say a blessing, I pleaded, acknowledge the greatness of this day. If all God had done had been to remember your plight, dayenu, that would have been enough. If all that had happened after that is that you were brought back to your people, dayenu, that would have been enough. But they were also brought back to a land that last July, following a national referendum, became fully theirs — dayenu — that surely is also enough.

Someone arose and asked four questions meant to provoke the former slaves into the key task of the seder — telling their story. And tell they did. Five former slaves looked at their people seated under the mango tree and told their tales of horror and humiliation. The youngest was a 17-year-old blind boy called Kir, who had managed to lose a cow from his herd. The master hung him by the feet, lit a fire underneath him, and rubbed his eyes with hot peppers.
In Sudan’s civil war between the Christian south and Muslim north, millions of southern Sudanese were killed and displaced from their villages, many forced into wandering for years on end. Many were captured by marauding tribal bands financed by Khartoum and brought back to the north for slavery and concubinage. The war lasted 23 years until, in 2005, the Bush administration brokered a peace settlement.

They don’t use or live by a calendar, I was told, but they did hear our message. With simple, beautiful eyes, they looked gratefully at me that day, and they knew to applaud.

Our seder this year will be in the shadow of the Sudanese one: How long ago were our forebears liberated, yet the crime of slavery still goes on today — indeed, in a country through which the Nile runs. God continues His liberations, and we? We do what we have to: We remember.

Rabbi Joseph Polak, a child survivor of the Holocaust, directs the Florence and Chafetz Hillel House at Boston University, where he serves as university chaplain. His wife, Reizel Polak, a writer and psychotherapist, contributed to this essay. An earlier version appeared in the Boston Globe in April 2011.