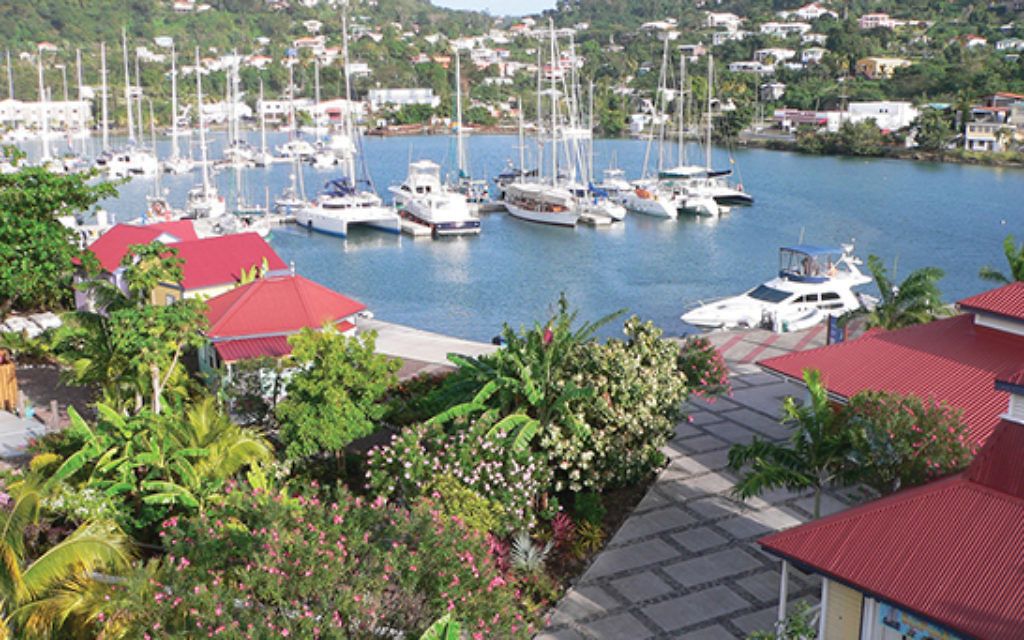 It’s hurricane season in the Atlantic! That’s plain to anyone suffering through a wet, dreary East Coast fall. With the onset of chilly nights, it’s time to think about a winter escape.

Here’s one that few Americans consider: the Caribbean island nation of Grenada, an under-the-radar spot that — by virtue of its relative obscurity — all but guarantees a low-key vacation.

Direct flights on JetBlue run around $500 and take about five hours to St. George’s, the country’s capital city. Once in Grenada, you’ll find stunning white-sand beaches, snorkel-ready coves and pretty pastel towns that cling to green hillsides. Even the most tourist-heavy beach — Grand Anse, in a hotel zone south of the capital — feels gloriously unspoiled, like an Old Master’s depiction of paradise.

The largest and eponymous isle in the Grenadine chain, Grenada lies in the southeast Caribbean near the Venezuelan coast. Many Americans associate the name with a controversial Reagan-era military invasion, but today Grenada is best known for the St. George’s University School of Medicine, which trains legions of U.S. doctors.

Grenada’s status as a French colony until the late 18th century is a legacy that lingers in the oft-heard patois and in place names like St Cyr. But the island’s contemporary culture has a distinctly Anglo imprint from 200 years of British rule, which ended in the mid-’70s when the island gained independence and became a British Commonwealth realm (yes, that’s Queen Elizabeth II on the banknotes).

Grenada’s Jewish presence is considerably less historic, particularly in contrast to that in better-known islands like Curaçao and St. Thomas. But like my mom says, where you find doctors, you frequently find Jews — and at least in St. George’s, that’s true. Chabad, which arrived on the island just last year, estimates the St. George’s Jewish medical student population at roughly 500; an additional two dozen Jewish families live in the area, mostly relocated professionals and university personnel.

As Chabad’s fledgling synagogue takes shape — and more than 100 people regularly turn up for Shabbat services — these groups form the core of a 21st-century community. So while Grenada isn’t a Jewish heritage destination, its capital is eager to welcome Jewish visitors. The Chabad synagogue serves free, no-reservations services with a free Shabbat meal afterward, holiday celebrations, and up-to-date kosher dining information (posted on the Chabad website).

Wherever you go, wintry spices waft on the trade winds, lending an incongruous whiff of Thanksgiving. Markets are fragrant with nutmeg (Grenada is the world’s second-largest producer, with the fruit pictured on the flag), cinnamon, cloves, ginger, and allspice. Long known as the “Spice Island,” the country has lately promoted an eco-friendly approach to its harvest, pioneering organic cocoa production and inviting visitors to tour its sustainable farms.

The best loved of these is Belmont Estate in the provincial town of St. Patrick. As with most Grenada excursions, Belmont requires either a driver or a rental car (recommended) for the hour-long ride into the lush hills where chocolate is born. This 300-year-old working plantation has evolved into an emblem of modern Grenada — a sustainably run, eco-conscious agritourism mecca.

Spread over 450 rolling acres, Belmont offers enough sensory stimulation to fill a day. Wander through orchid and sugarcane gardens, stroll amid monkeys and parrots, tour the goat farm and dairy, and shop for local artisan wares at the craft cooperative. The plantation houses a museum that documents the society, traditions and decorative arts of colonial Grenada; several restaurants and cafés serve Caribbean buffets and fresh fruit drinks, while the outdoor produce stall tempts with just-picked papaya. You can learn everything you ever wanted to know about cocoa farming, and then sample the final product at its source.

As long as you’re roaming, the world’s oldest rum distillery is just a seven-minute drive away. The River Antoine Rum Distillery has been in continuous operation since 1785, churning out vats of fiery alcohol — up to 150 proof! — that gives new meaning to the word intoxicant. Tours are available of the picturesque moldering machinery, much of which looks as though it hasn’t been replaced since the pirate era.

Like so much of this region, Grenada is a paradise for nature lovers, with endless virgin beaches and rainforests to explore. The landscape is particularly beguiling at Annandale Falls — a scenic waterfall set amid fragrant herb gardens, with a swimmer-friendly pool below. Annandale makes an easy excursion from St. George’s; its popularity with tourists has created a cottage industry of locals who leap off the waterfall for a splashy donation.

Grenada evenings are best spent along the harbor at St. George’s, which has to be among the prettiest towns in the Caribbean. In the sultry twilight, those pastel-dotted hillsides could almost be Italy; the soft lilt of reggae drifting from cafés says otherwise.

Regardless, the shores of Grenada are a solid bet for the winter-weary.