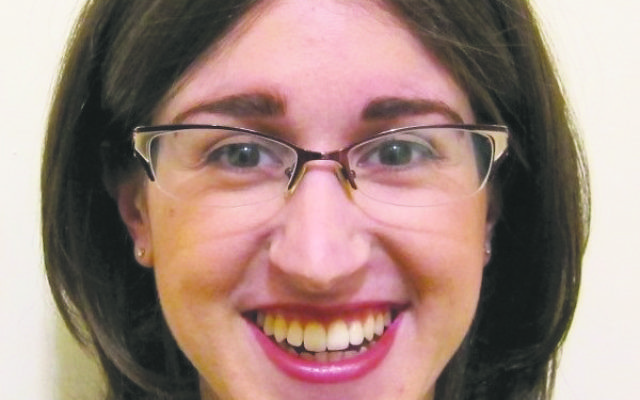 Lunchtime in Jewish day schools can be like the Kiddush hour at synagogue.

Often the greatest questions come at the most unexpected times. Between bites of pasta, a student recently asked, “Why doesn’t God speak to us the way God did to Avraham?” The question of God’s accessibility has perplexed many generations, including the generation of Bnai Yisrael, the Israelites, in the wilderness.

In parashat Terumah, God provides the Israelites with the opportunity to encapsulate a portable version of God’s holiness. The people of Israel are instructed to build the Mishkan, a dwelling place for God. Many Midrashim explain that after God had given Bnai Yisrael the precious gift of the Torah, God now wanted to dwell on the earth with it. As the Midrash posits, the children of Israel received a two-for-one deal. The Midrash asks, “How often is it that when a person buys an item in the market place, he is able to acquire its owner as well?” [Exodus Rabbah 33:6]. Bnai Yisrael not only received the Torah but through the advent of the Mishkan, they received a new connection to God.

Creating a Mishkan, however, seems antithetical to God’s all-encompassing existence. In this week’s parasha, the Torah states, “V’Asu Li Mikdash veshachanti b’tocham,” “And let them make Me a Sanctuary, that I may dwell among them” [Ex. 25:8]. How could God be boxed into an edifice? It seems unlikely that the God of Avraham, the God of Rivka, or even the God of Moshe would make such a materialistic demand of constructing a building where God would dwell. The 15th-century Spanish scholar, Abravanel, suggests that the purpose of the Mishkan was to combat the idea that God’s throne was in heaven, far away from the needs of humanity. God understood that contemporary time needed a new avenue for spiritual fulfillment and divine connectivity.

The Tzeidah LaDerech, a 17th-century Polish commentator, explains that it was not that God wanted to literally enter the Sanctuary, but rather that God wanted to enter the hearts of Bnai Yisrael. This claim is supported by the text’s choice to state “dwell among them” rather than “dwell in it.” The Sanctuary is not where God lives. In contrast to other ancient faiths, the Mishkan is a concrete reminder that God is present in our midst and that God may be found wherever we are open to the Divine.

God recognized that in order to reinvigorate a relationship with the Israelites, they would have to feel personally invested in the project. God could have crafted the entire Mishkan without human intervention but instead called for the materials to be donated by each member of Bnai Yisrael, “Kol ish asher yidvenu libo yeviehah et terumati,” “Every person whose heart so moves him will bring forth My portion” [Ex. 25:2]. The 18th-century chasidic leader, Rabbi Levi Yitzchak of Berditchev explains that the word Terumah comes from the Hebrew root meaning “to elevate.” Building the Mishkan elevated our partnership with God.

Parashat Terumah highlights the importance of finding creative opportunities for our relationship with God to mature and grow. In a standing-room-only lecture series in Jerusalem a few years back, Rabbi David Hartman, who passed away this week, referenced a magazine that listed which medicines and brands of makeup were Kosher for Passover. Rabbi Hartman explained how this magazine focused on the seemingly mundane while we needed to focus on something more important: our relationship with God. Rabbi Hartman then quipped, “What do you think God thinks about?”

Parashat Terumah gives us that window into God’s thought process. The narrative offers us a model for personal involvement in increasing our emotional connections to God. In a world with events beyond our control like Hurricane Sandy and Blizzard Nemo, it is important to think about how we can turn to God for support and comfort. Our Jewish communities can be a reminder that we each have responsibilities to better access God’s presence and to contribute our energies toward partnering with God. Terumah provides us with blueprints for construction; now it is our turn to take the next step and build the sanctuaries of our lives.

Rabbi Yael Buechler is the rabbi-in-residence at Schechter Westchester’s Lower School and is the founder of MidrashManicures.com, which recently launched Jewish educational nail decals for the Ten Plagues.