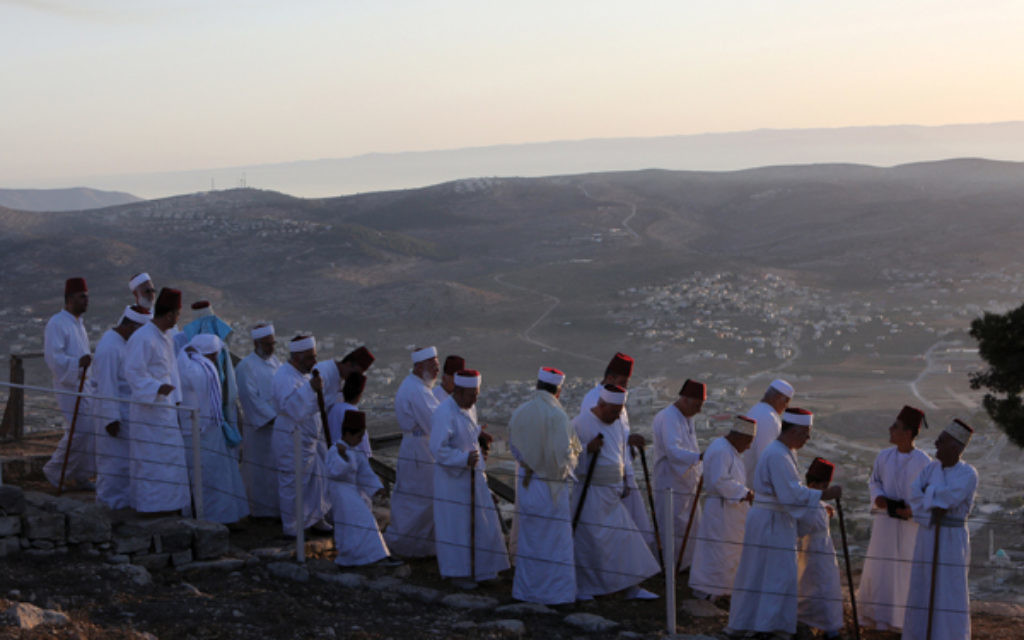 Like the six million Jews who live in Israel, the country’s 750 Samaritans have celebrated the holiday of Sukkot for the last week — but they do it differently.

The Samaritans (Shomrim in Hebrew), descendants from the region’s ancient Semitic inhabitants, who claim roots in the biblical tribes of Ephraim and Manasseh and who claim that their interpretation of the Torah is more accurate than the standard Talmudically influenced one, build their sukkah huts inside their homes, not outdoors. They sit near the sukkah, not inside it. They decorate the roof of each sukkah with hundreds of pounds of fruit, in remembrance of the Garden of Eden.

And they make pilgrimages not to Jerusalem, but to Mount Gerizim, near Nablus, the West Bank site they consider to be the original location of the Temple built by King Solomon. These Samaritans take part in Sukkot worship on Mount Gerizim.