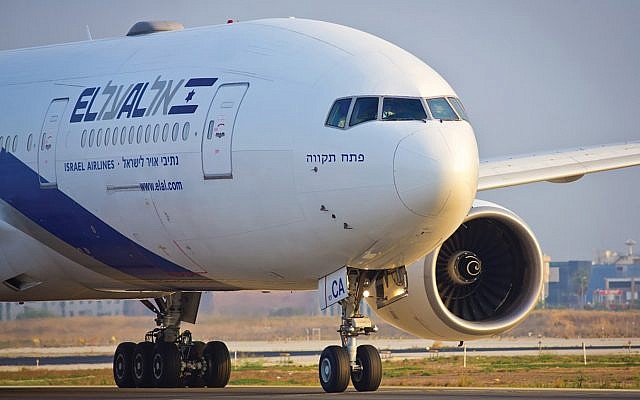 A Greek odyssey: For a Sabbath-observant traveler, being stranded in a foreign city on Shabbat is a nightmare. Moshe Shai/Flash90

After learning of the news of the recent El Al flight, the one that stranded passengers late on Friday afternoon in Athens, I shuddered. It’s my worst nightmare. After four hours on the tarmac in New York, after weather delays, crew tardiness and protesting passengers, the flight bound for Tel Aviv took off but made an emergency landing in Greece.

I’m a Shabbat-observant backpacker. As I write this, I’m carefully planning next week’s trip to France and Morocco. But I will improvise five-and-a-half days of the week and only plan my weekend accommodations, because of Shabbat’s restrictions. From Friday sundown to Saturday night, I’m not allowed to touch money, carry things in my hands or pockets or touch electronic objects. That means I can’t take a cab, checkout of my hotel room or even use electronic key cards.

All of it is anxiety-producing.

It’s theoretically easy if I were to travel to cities that have infrastructure, like Prague or Venice, where, for a premium, all my religious needs can be met. But I drift on the cheap, hosteling and CouchSurfing across the globe. I’ve found solutions in sticky situations, like being abandoned by my cab driver in a Cambodian safari three hours outside Phnom Penh, or realizing that sundown was 45 minutes away while I was 90 minutes away from my Jewish host at an emu farm in South Africa. (My rented BMW helped get me there on time as I sped up Cape Town’s coast. The exhilaration really added to its beauty.) But Shabbat severely limits my possibilities.

My goal is to plan to have my basic needs met — that I have food and shelter, and that I’m in a safe location. I don’t even need to be around Jews. But sometimes, despite my preparation, surprises occur. Last August, I spent Shabbat in Sarajevo, and bought food at a takeout place in Vienna, from where I flew out late Friday morning. I spent an unholy sum on overpriced egg challah, salads and dips. They were confiscated at the airport because they contained liquid. European anti-Semitism.

Often, non-Jews came to my rescue. Most recently, I arrived at my Berlin hostel close to sundown and the staff were completely unhelpful when I tried to explain the limitations of Sabbath. Based on the establishment’s name — the Three Little Pigs Hostel — I figured I was probably the first observant Jew to stay there. I arrived in my room a few minutes before candle-lighting, out of breath but with enough time to shower and to ask my roommate if he could take my luggage down the following day before checkout time (the no-carry rule). He saw my worry and agreed. I paid him back with kosher pizza when he visited New York the next week.

Then there was the Hanoi boarding house that let me store my luggage in the room 10 hours after checkout till after sundown without charging me for an extra day. My CouchSurfing host waited until it was dark enough to give me a ride on his motorbike to his luxury condo.

A few years ago, on a road trip across U.S. national parks, I found myself in Flagstaff, Ariz., for Shabbat. I arrived at my CouchSurfing host before sundown, but no one came to the door. So I locked my car door and placed my luggage on the front stoop. When the hosts arrived, I sheepishly explained that I couldn’t carry my stuff in because of the Sabbath. They were a little surprised and amused, and worked around my limitations all weekend to make me feel at home; they left the lights on or off and kept the front door unlocked because I couldn’t carry keys with me. When I arrived back from the Chabad rabbi’s house late Friday night, they kindly invited me to their family Disney movie night on the couch, but I had to respectfully decline.

I’m forever grateful to these sensitive people who came to my aid. When a company like El Al, one that’s supposed to be on your team, turns a blind eye, it stings.

Despite its spotty service record, passengers use El Al for two reasons: convenience (the most direct flights to Israel) and patriotism (it’s Israel’s national airline). Undergirding the latter reason is another one: trust. Travelers believe El Al will take care of their needs. Especially an airline that, as policy, does not fly on Shabbat. When the pilot and staff didn’t heed many passengers’ needs and turn back after being on the tarmac for almost four hours, ignoring both common sense and, apparently, Federal Aviation Administration regulations, I understood the anger. As if that wasn’t enough, false videos with doctored audio were circulated claiming that Orthodox passengers were revolting.

My worst nightmare is what happened next — the plane took off from New York without enough time to arrive in Tel Aviv before Shabbat. Due to the airline’s no-Shabbat policy, it landed in Athens but did not offer passengers hotel vouchers. They were dropped in a foreign country with none of their needs met only an hour or two before sundown. That’s scary for me, and I’m a single male who is creative, has a little financial flexibility and can stomach a little discomfort. Imagine being the parents of young children in that situation! (El Al compensated the stranded passengers with round-trip flights from Europe, according to Haaretz.)

Next Friday, with Athens in the back of my mind, as I follow the footsteps of William S. Burroughs and grab couscous to-go at the port of Tangiers, I’ll try to make it an early lunch.