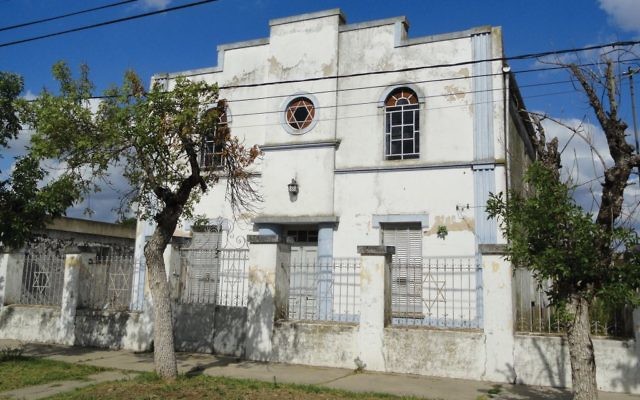 From Buenos Aires, the beating heart of Argentina, you have various side-trip options, and most involve water.

Many people ferry across the Río de la Plata to Uruguay. But for a closer look at Argentina, head north the way generations of Spanish, Italian, German and Jewish immigrants did — along the rivers.

A sojourn along the Paraná, Argentina’s mythical answer to the Mississippi, takes you first to Rosario and then to Santa Fe. Head northeast instead, along the Uruguay River that borders the country, and you come to the waterfront town of Colón, also worth exploring if you’re heading that way.

None of these places is a destination in itself. But if you’re in Buenos Aires with a few days to kill, take the pulse of the country by visiting its provincial cities — places rich with Jewish immigrant history, colonial architecture and proud soccer heritage.

The hardest part of driving north from Buenos Aires is disentangling yourself from the sooty traffic jams that plague a metro area of around 17 million people, including the world’s widest avenue (9 de Julio Avenue, 26 free-form lanes). The trip to Rosario is about three and a half hours by car or an hour longer by bus into the sprawling, humid, green flatlands of the Argentine pampas. 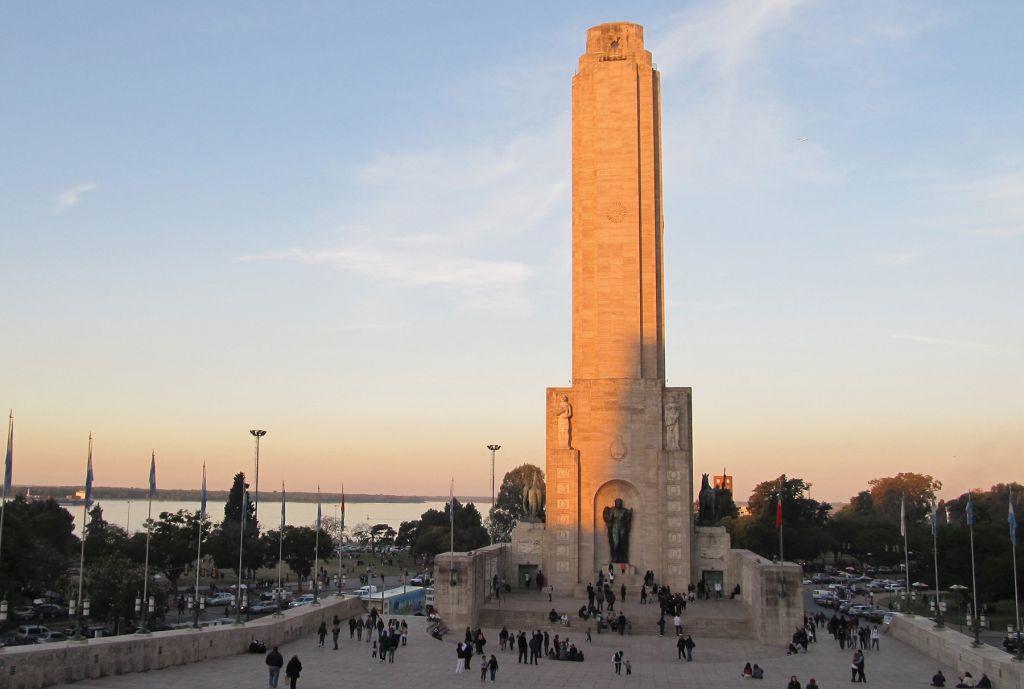 Rosario is the hometown of fútbol legends Lionel Messi, the Barcelona star, and Ángel DiMaría, who plays for Paris St.-Germain. As those names would suggest, many Rosarians are descended from Italian immigrants, while others form one of the oldest and largest Jewish communities in South America.

A bustling city of more than a million people, Rosario is attractive in a decidedly non-touristy way. Its boulevards are fabled for their grand, often ornate 19th-century buildings, like the pink Municipal Palace and the Teatro Círculo opera house, a fin-de-siècle gem that’s worth a visit if the Rosario Symphony, Russian Ballet or other resident ensemble is performing.

Stroll down to the Parque Nacional de la Bandera, a national monument on the Paraná waterfront, where you can climb a tower for magnificent views. Wide, deep and murky-brown, the Paraná is both a lifeblood for industry and a playground for Argentines; from the port here, you can catch a scenic boat ride and even visit a freshwater beach.

Rosario’s storied Jewish community, like those throughout Argentina, confronts the dual challenges of assimilation (and big-city migration) along with entrenched, often blatant anti-Semitism. Visitors to the Kehilá Rosario, the elegant central synagogue, must pre-arrange and expect rigorous security measures.

Another hour or so north and you land in Santa Fe de la Vera Cruz, a much smaller town and capital of the province of Santa Fe. The youthful town boasts a restored waterfront with a shopping complex, along with vivid nightlife for the heavily caffeinated. But for Jewish travelers, it’s the gateway to a curious slice of Argentine-Jewish heritage: Moisés Ville, about an hour’s drive north into the pampa.

Pronounced “moysha veesha” by the locals, Moisés Ville, a kind of gaucho shtetl, was settled by Ashkenazic Jewish immigrants in the late 19th century. The newcomers fled pogroms and imported their European culture with Yiddish-language newspapers, theaters, schools and synagogues, all in a rural setting where ox-carts plied the alleys.

While most of its original Jewish families later migrated to the capital or Israel, the town remains a treasured slice of Jewish heritage — a sleepy, humid pueblo where vintage buildings are marked by Stars of David or Hebrew inscriptions. A Jewish historical museum in a recently renovated synagogue illuminates the Argentine-Jewish rural way of life; Moisés Ville’s Jewish cemetery is the country’s oldest.

These flat green pampas must have felt like a vacation to Russian Jews. Deep winter in the Southern Hemisphere, which corresponds to our summer vacations, brings crisp, sunny 50- and 60-degree days to the province of Santa Fe.

A bit farther east in the Entre Ríos region, Colón is similarly pleasant in winter — but you may enjoy a high-season visit to see a fabled beach town not on the actual sea.

In summertime, Argentines and Uruguayans flock to a six-mile stretch of brilliant white sand along the river, where the gentle fresh waters are popular not only for family swims but also for kayaking, sailing and other sports.

Colón and its neighboring town, San José, are also famous for its thermal spas, and many people combine a beach holiday with a stay at the springs. It’s also a base for exploring the towering palms, exotic birds and other area flora and fauna at the sprawling El Palmar National Park.